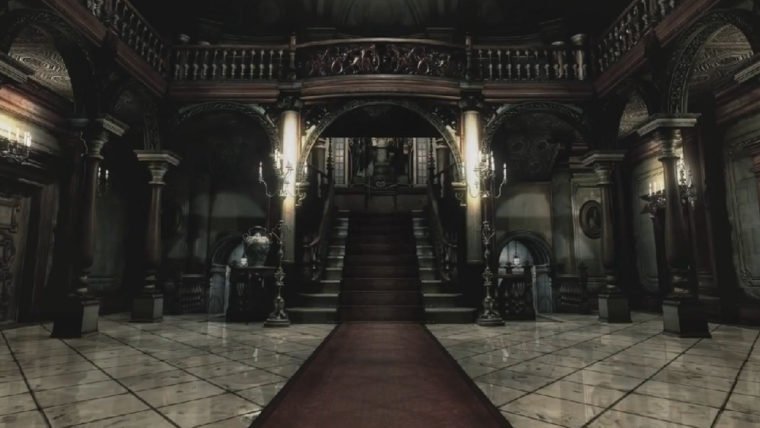 Thrill to all the original chills and spills in this remastered update of the classic Resident Evil game.

The Resident Evil remake was one of Capcom’s few Gamecube exclusive titles, that remained exclusive until now. This rarity along with the game’s stellar quality has made it a fan-favorite. The Gamecube version wasn’t a simple HD upgrade like so many games we’ve seen through the years. Capcom took the original Resident Evil and totally overhauled it, with vastly improved graphics, new levels, and additional gameplay elements. The pre-rendered visuals were stunning for their time and even hold up well today, but the HD re-release being shown in this trailer truly bring them into the modern age.

I think the greatest compliment that I can give this trailer is that it looks just like I remember the game from when I played it on my Gamecube. If they can retain the gorgeous visuals and moody atmosphere while upping the resolution and smoothing some of the more aged elements then Capcom will please die-hard fans like myself. Although people looking for a more upgraded experience might be disappointed. Take a look at the trailer and decide for yourself which side of the debate you’ll fall on.

Resident Evil HD Remaster currently doesn’t have an official release date outside of Japan. In Japan it will hit PS3 and Xbox 360 on November 27th 2014, and PS4, Xbox One, and PC some time in early 2015.