Rumor: Rocksmith 2014 Coming To PS4, Xbox One According To ESRB Leak 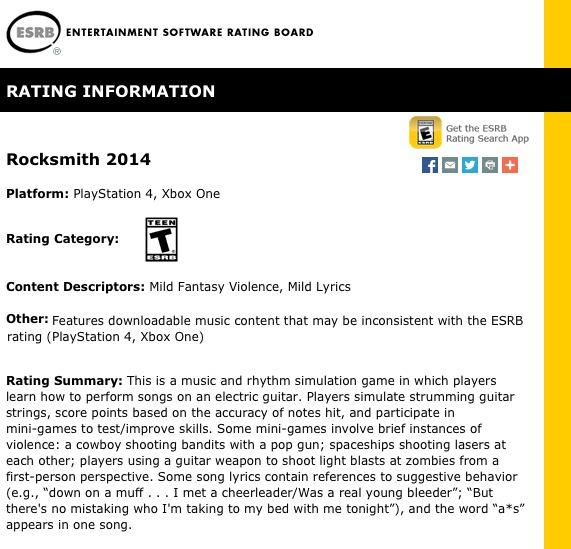 Rocksmith came onto the scene a few years ago as a more advanced guitar based video game that was able to utilize real guitars to learn to play real songs, unlike the simulated type we saw in games like Guitar Hero and Rock Band. With both of those series retired for the time being, Rocksmith 2014 has been the go to game for music lovers in the time being, thanks to the steady stream of DLC in the game. Up until now the game has been exclusive to Xbox 360, PlayStation 3, and PC, but now it appears the game is makings its way to PlayStation 4 and Xbox One as well. 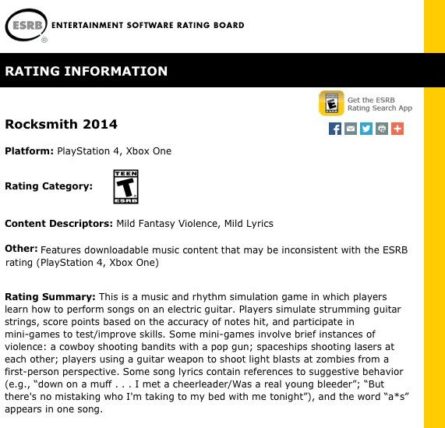 According to IGN, the ESRB site had a listing for the game for both consoles, before being removed. A screencap of this listing can be seen to the right. Within this listing, these two platforms were listed in two areas, the Platform and the Other section. However, that is not all, as the game was also listed at one point on Amazon Italy with a cover for the PlayStation 4 version, before it was removed as well.

This page also mentioned that DLC bought for the other platforms would carry over to PlayStation 4 and Xbox One respectively, according to IGN. This is certainly good news for those that have amassed a collection over time and it is something I really hope happens with Rock Band when it eventually returns as well.