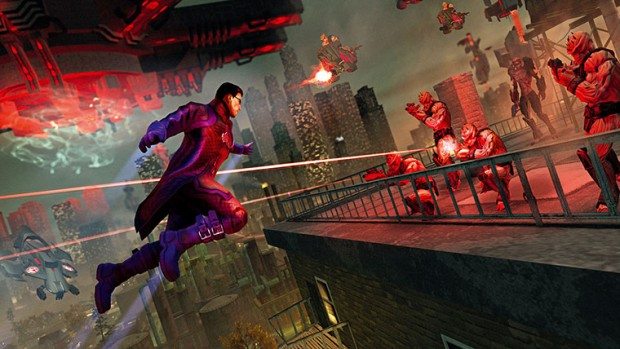 The Australian Classification Board has refused Saints Row 4 classification again in Australia under the recently introduced R 18+ rating after a re-submission from Deep Silver.

Saints Row 4 was originally refused classification by the ACB on June 25 due to “visual depictions of implied sexual violence which are not justified by context” and “elements of illicit or proscribed drug use related to incentives or rewards”. The most recent statement in the media release on July 29 said “Saints Row IV could not be accommodated within the R 18+ classification as drug use related to incentives and rewards is not permitted”.

This issue could easily have been prevented by slightly altering how drugs are presented in-game similar to how Fallout 3 did in 2008. Many people in Australia were probably surprised (along with myself) to know the original submission was unsuccessful after finally getting a mature rating. Unfortunately R 18+ only allows for higher impact violence and themes in games and this is why Mortal Combat 9 could be let in under the new guidelines.

While consumers should be able to choose what media to consume I still believe that Deep Silver is the party at fault here. Saints Row 3 was released in Australia at the same time as the rest of the world under an MA15+ rating with its questionable content (see The Penetrator). If Saints Row 4 is refused classification even with an R18+ rating possible, it might be worth Deep Silvers time to make their game content more tasteful.

Saints Row 4 is one of two games at this point to be refused classification in Australia under the new guidelines with the other being State of Decay.