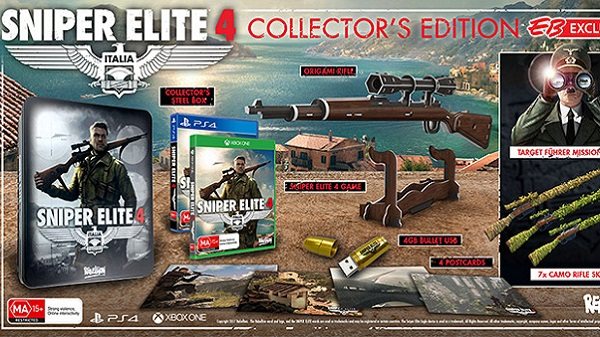 EB Games Australia has announced today that it will be selling an exclusive Collector’s Edition for Sniper Elite 4 when it comes out early next year.

As revealed on their website, the Sniper Elite 4 Collector’s Edition is available for PS4 and Xbox One. It will be selling for a price of $AUD129.95. This is slightly above the AUD$99.95 of the standard version. Details of what it includes can be seen below.

Sniper Elite 4 is out on February 14th, 2017. As of this moment, only EB Games is stocking this collector’s edition. If you are a huge fan of the series, head off to EB Games to pre-order it now.