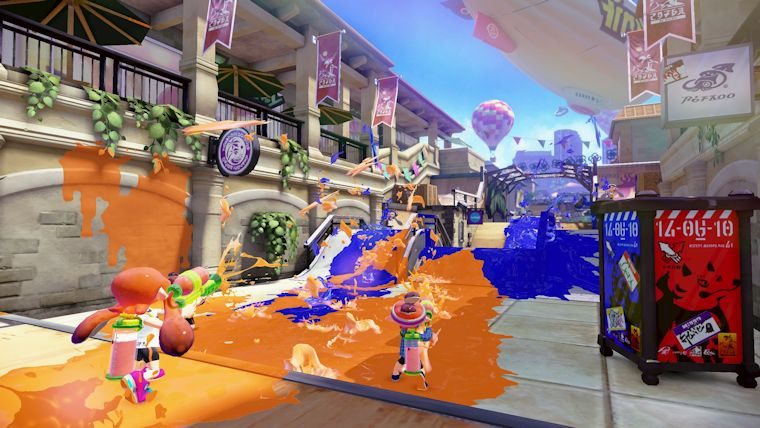 Splatoon is available now for Wii U’s across the world. Fans are finally getting their hands on the full game, after a couple of test fire sessions earlier this month. No doubt people will be diving right into the game, playing through the single player campaign and jumping into some multiplayer action. To celebrate the final release Nintendo has unveiled the Splatoon launch trailer, which features the tagline “Splat or be Splatted!”

Nintendo’s marketing for Splatoon has been a wonder to behold. The Japanese company hasn’t traditionally launched their games with this much fanfare. Even recent hits such as Mario Kart 8 and Super Smash Bros. for 3DS and Wii U simply featured a few ads and trailers. Splatoon on the other hand has had massive campaigns that include Tumblr posts about the game, storefront marketing takeovers, early betas, and events across the country. Whether these efforts will translate into sales is up for debate at the moment, but we should find out how it all turned out when sales figures begin trickling in.

Thankfully the quality of the title isn’t up for much debate. You can check out our review by clicking here. Other outlets and fans seem to agree, with the game currently featuring an average Metacritic score of 81. With additional maps and DLC coming to the game over the next few weeks, the experience will only be getting better as time goes on, so keep checking back for news and updates about Splatoon.