The latest news in the world of video games at Attack of the Fanboy
February 6th, 2018 by Dylan Siegler 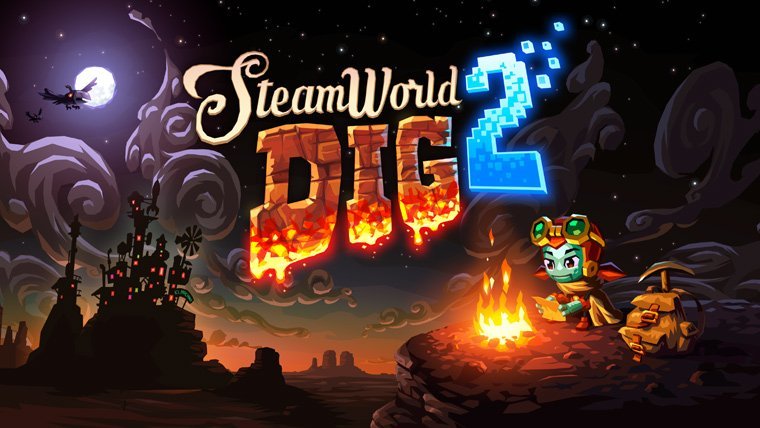 Last year saw the release of indie, Metroidvania-esque action-platformer SteamWorld Dig 2, which is currently available digitally for PlayStation 4, Nintendo Switch and PC. Fans of the game, and of physical editions, will be happy to learn that the game is set to release physical copies later this year.

It was recently announced in a press release that publisher Rising Star Games will be teaming up with SteamWorld Dig 2 developer Image & Form to create physical copies of the game for the Switch and PS4. Brjann Sigurgeirsson, Image & Form’s CEO, states, “This latest SteamWorld adventure is a milestone, and we’re naturally very proud of it. Many fans are now asking for a physical release, so it makes me very happy to be able to partner up with Rising Star Games for a boxed version. We’re also excited that additional exclusive items will be included as well!” One such exclusive item is a double-sided poster, with one side featuring artwork from the game and the other side featuring never-before-seen art, which will be included with physical copies of the game.

The physical version of SteamWorld Dig 2 is set for retail release on PS4 and Switch in North America and Europe sometime this spring. An exact price point has not yet been revealed.