The latest news in the world of video games at Attack of the Fanboy
June 14th, 2015 by Kyle Hanson 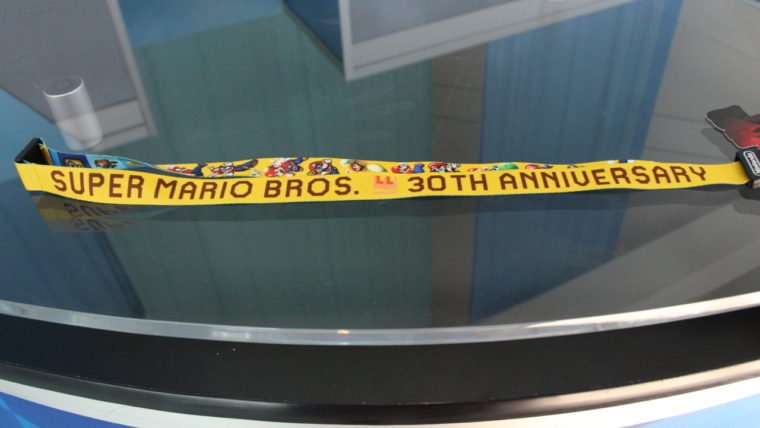 This year marks the 30th anniversary of Super Mario Bros. for the NES. The question has lingered, how will Nintendo mark the milestone? If E3 2015 is anything to go by, it looks like they have some big plans.

The lanyards that hold E3 2015 attendee’s badges are covered in Super Mario 30th Anniversary images. It doesn’t seem to directly reference any particular title, or a collection of titles, but they seem to be making a point of bringing up the anniversary.

Looking back to last year, the E3 2014 lanyards were adorned with Super Smash Bros. for Wii U & 3DS advertisements. Considering what a huge title those games were, and the fact that Nintendo likely has other games that they could use that space for, it seems like something big could be on the horizon.

During the 25th anniversary five years ago Nintendo released a new edition of Super Mario All-Stars for the Wii. The game was unfortunately just a port of the SNES collection from many years earlier, but perhaps the 30th will hold something bigger and better for Mario fans.