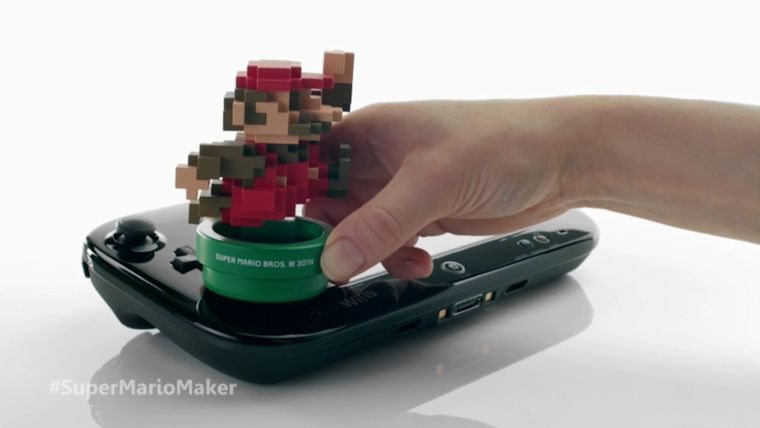 Nintendo unveiled Mario Maker last year at E3 as a very unique style game that lets you design and play your own Mario stages and it was revealed this week that it was being renamed to Super Mario Maker. Today’s Nintendo Digital Event confirmed not only this, but also a release date and the inclusion of vast amiibo support.

Super Mario Maker will be coming on September 11 in the US, meaning we only have a little under three months to wait to get our hands on this intriguing game.

It really appears that Nintendo is going to have a solid lineup this Fall with a major new game coming each month of September through December. This is really good to see for a console that has struggled to have major releases consistently.

It was also revealed that the game will have amiibo support, by giving you sprites for various characters to use by touching your numerous amiibo to the GamePad. In addition, a special 8-bit Mario amiibo will be coming alongside the game’s release on September 11 as well that can be used in game.