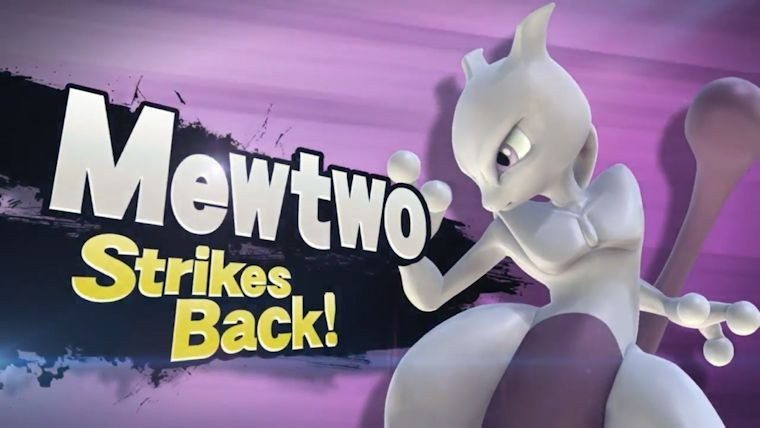 Nintendo revealed to us during one of the Nintendo Directs late last year that Super Smash Bros. would be getting a DLC character for the first time in the form of the veteran fighter Mewtwo. At the time it just had a simple release window of Spring 2015, but now it has been confirmed that the Mewtwo DLC is coming very soon.

During the Direct, it was announced that the Mewtwo DLC would be available for those that registered a copy of both the Wii U and 3DS on April 15. If you missed out on Mewtwo that way, you can buy him by himself for $3.99 for one platform. If you happened to buy one of the games used or just missed the March 31 deadline, you can buy him for both systems for a total of only $4.99, so that one almost just makes sense if you only own one now, but plan on buying the other later.

The release date for the Mewtwo DLC was not the only information about the fan favorite Pokemon, as it was revealed that he would also eventually receive an amiibo alongside the other upcoming DLC character Lucas. Nintendo has realized that amiibo just print money, but we don’t mind as it means we get a chance at one that is bound to look amazing.