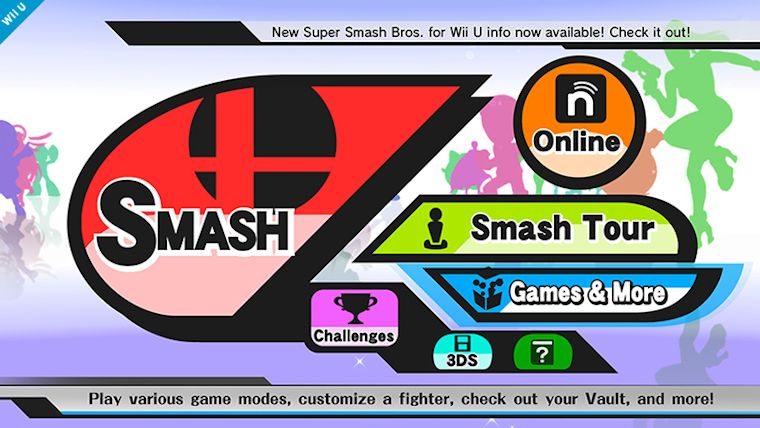 Super Smash Bros. for Wii U is almost here in a couple weeks, coming about a month and a half after the release on Nintendo 3DS. As a result of the impending release, Masahiro Sakurai is now focusing his daily updates on the Wii U version, albeit many not being all that important. One of the latest falls somewhere in the middle with the reveal of the title screen for the Wii U version.

Not straying too far from the design of the 3DS version, the screen for Super Smash Bros. for Wii U that can be seen above even features some fighters from the game, as Sakurai describes in the Miiverse caption.

Similar to the 3DS screen that had a Wii U connectivity icon, the console version of Super Smash Bros. will have a icon to choose to connect with the 3DS version for a number of reasons, such as transferring your custom characters. There is also the added Smash Tour icon, which is supposed to be the big party mode added into the game.

Super Smash Bros. for Wii U is set to release on November 21.