The Future of Destiny 2 Outlined by Bungie

The latest news in the world of video games at Attack of the Fanboy
November 29th, 2017 by William Schwartz 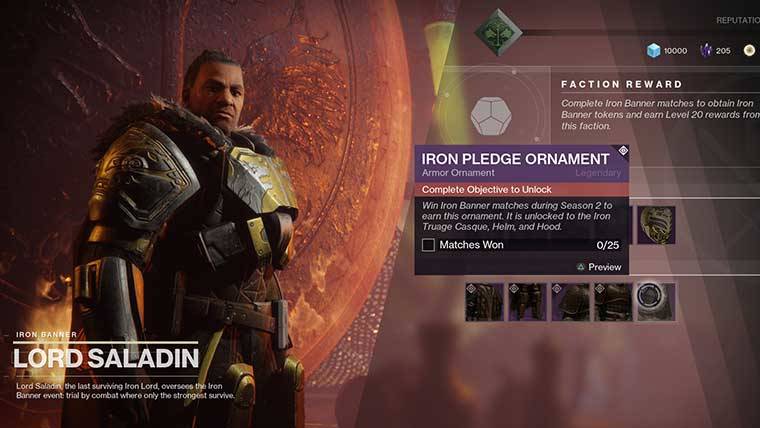 Coming in early December, Bungie is releasing the first bout of downloadable content for Destiny 2.  Alongside the release of Curse of Osiris, they’re also trying to improve Destiny 2 for the better.  Today they’ve outlined the changes that will be coming to Destiny 2 in the weeks ahead.

According to the developers, their are four key areas that they are looking to address in the December update.  These include Deepening Rewards for the most advanced Destiny 2 players, providing more player control over obtaining rewards, making Legendary Shards more useful by adding new things to use them for, and providing general quality fixes for the game where they are necessary.

The biggest changes to the game can be found below, and include a new Masterworks system for Legendary Weapons, Armor Ornaments, and a bunch of new ways to earn gear.

Masterwork weapons will be found as Legendary drops in Destiny 2 following an update in December.  These weapons can either be earned via a random drop in the game, or can be upgraded.  The major difference between a Masterwork Legendary and a normal Legendary weapon will be that this weapon will track and display the number of kills gotten with it, it will also generate orbs, and will add re-rollable stat bonuses for the gun.

While weapons have had Ornaments since D1, Armor Ornaments are being added to Destiny 2 for more visual customization options to some existing armor sets.  They will be unlocked by completing objectives specific to the armor set, and will be unlocked account-wide.

Also in December, Bungie will be making Faction Armor and Weapon unlockable and for purchase from MOST Faction Vendors.  These items will be purchasable with Legendary Shards and Faction Tokens.    In addition to this, a new Fated Engram is being added to Xur’s Inventory each week that can be purchased with Legendary Shards, along with the re-introduction of Three of Coins though the system has been re-tooled for Destiny 2.

Bungie is also changing a lot of systems surrounding the Weapon and Armor Mods for the game.  Following the update, Rare mods will dismantle into Gunsmith Materials that have a chance to produce Legendary Mod Components.  Banshee will also offer a selection of Legendary Mods that can be purchased with Legendary Shards.

In addition to these changes, other characters in the game will be offering Engrams in exchange for Legendary Shards, like Master Rahool.   December will also bring a new type of consumable that is sold by Zavala and Shaxx that can be used in Strikes or Crucible matches that grant rewards for everyone in a given activity.

Alongside these improvements that will be found in December’s staggered updates, Bungie says that exploit safeguards on chests and resources will be relaxed and should be encountered less frequently.  While the Destiny 2 community has gotten up in arms about the XP system of the game, Bungie has addressed the XP system and what they plan to do in the future and it sounds like the system will be getting a complete overhaul in the system in the weeks ahead.  You can find their full statement on the XP system here.

TLDR:  The XP System is a work in progress and they’ll be tweaking it in different areas in the weeks ahead.  Bungie is looking to make it more balanced and transparent for Destiny 2 players going forward.

The updates and changes listed here will roll out in December on both the 5th and 12th, while the first DLC for the game will release on December 5th with the Curse of Osiris.

Home / Game News / The Future of Destiny 2 Outlined by Bungie