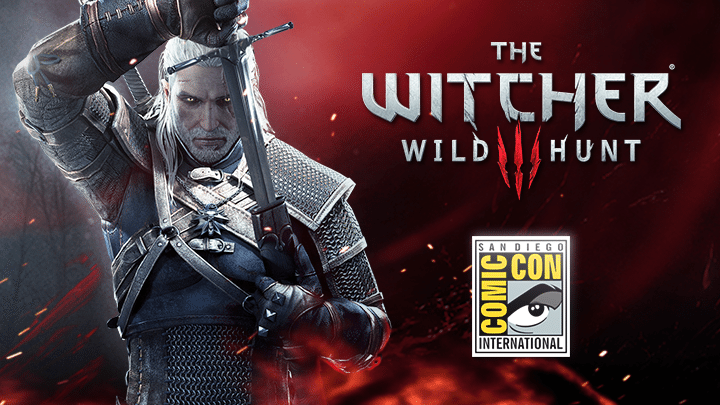 CD Projekt Red have announced that they will host a panel at this year’s San Diego Comic-Con (SDCC). The panel will feature a 30 minute long live gameplay demonstration of their upcoming game The Witcher 3: Wild Hunt. This gameplay is said to be “unpublished”, and this is the first time the game will be played live for the public rather than on previously recorded video or behind closed doors.

We will be presenting 30 hot minutes of live Witcher 3: Wild Hunt unpublished gameplay

Space for the panel, which takes place on Thursday July 24th, is limited to 1000 people, so if you plan to attend SDCC you might want to get there early. A question & answer session will also be held during the panel, featuring members of The Witcher dev team and Doug Cockle who voices Geralt of Rivia.

The Witcher 3: Wild Hunt is an action RPG set in a massive open-world. It will conclude the story of the witcher Geralt of Rivia who has been the series protagonist for the previous two entries as well. Much of the story and art design was leaked a few weeks ago causing spoilers to hit the internet. The game has won several “best of” awards at conventions like E3 2013 and 2014.

The Witcher 3: Wild Hunt is set to release for PC, Xbox One, and PS4 on February 24th 2015. A MOBA entry in the franchise is set to hit mobile devices later this year.

The entire panel announcement from CD Projekt Red is available below for reference:

“Hungry for fresh Witcher 3: Wild Hunt gameplay? Planning to visit Comic-Con San Diego? Thursday 24th is shaping up to be a lucky day for you as we will be presenting, for the first time in public, 30 hot minutes of live Witcher 3: Wild Hunt unpublished gameplay! The space is limited to 1000 people only! Additionally, the panel will host a special Q&A session with the Witcher team and Doug Cockle, the voice of Geralt of Rivia. Stay tuned for more info.”