Future updates for PUBG will bring new weapons, vehicles, and a cave system to the Savage island map. 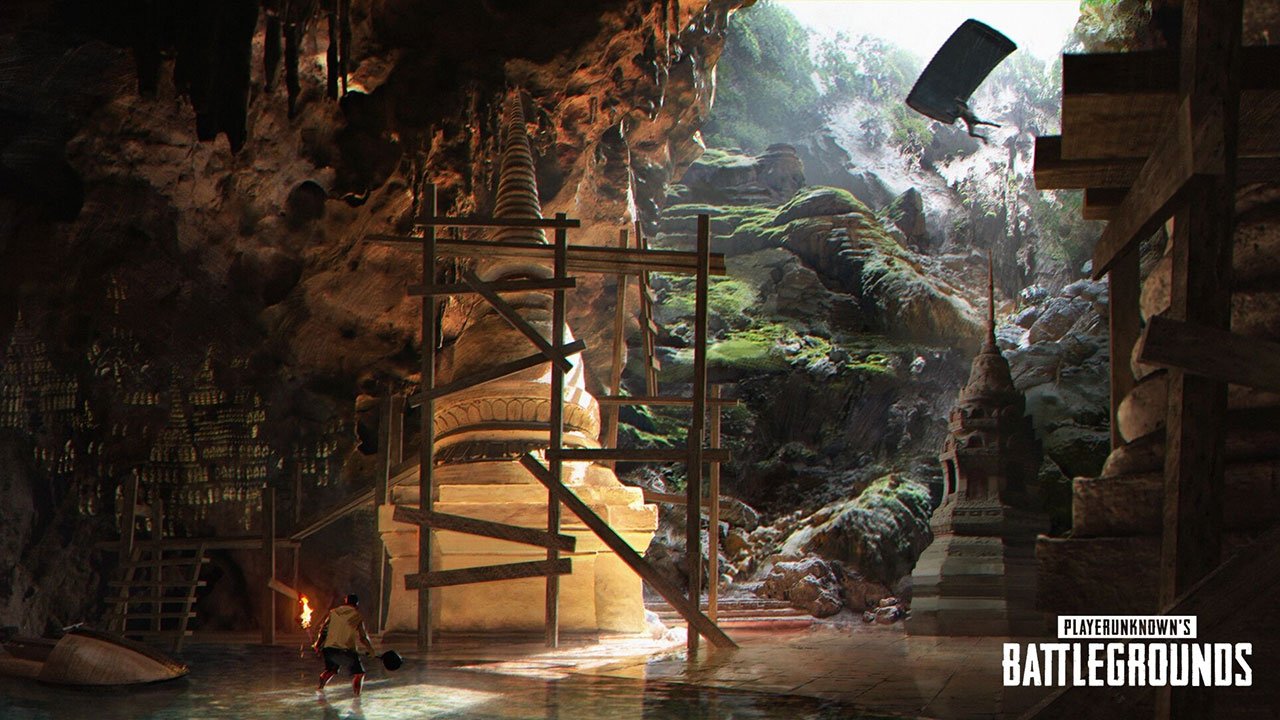 The Savage Map in PUBG is going to be changing a lot on the road to the full release. Battlegrounds developers say that the 4×4 island map will be getting new weapons, vehicles, and areas in the months ahead. This includes an underground cave system that the developers say was inspired by a trip to Thailand.

Apparently a massive hole with a pool of water and cave system will be added to the game in the future. A post on the Steam Forums for the game reveal some of the details in terms of what to expect, as well as the concept art above.

Savage Map is wrapping up its second closed testing period in which PUBG Corp introduced some new features for the map.  This included three new locations, but it sounds like there’s a lot more to come.  Codename: Savage is still months away from being finished.

This is the second time in the last couple of days that PUBG Corp. has explained that the full release of the Savage Map is still months away.  Keys haven’t been incredibly hard to come by for the Savage Map.  Following the instructions here will take you to the PUBG website which will allow you to link your Steam account and download the test client.