New This Week in Video Games | Remember Me 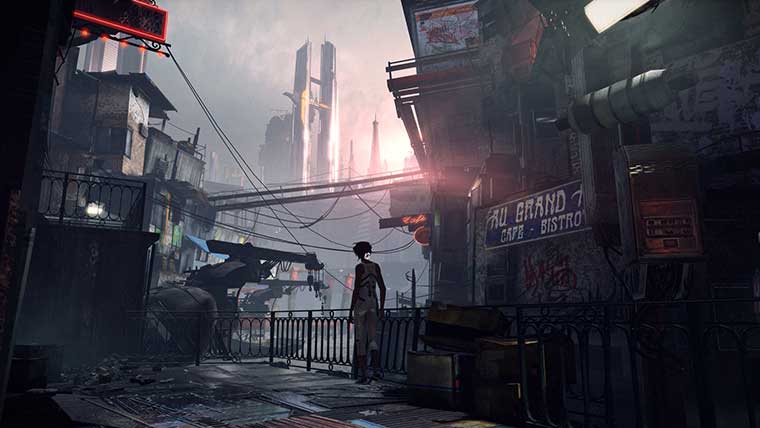 Remember Me – Xbox 360, PlayStation 3, PC – Neo-Paris. 2084.Personal memories can now be digitized, bought, sold and traded. The last remnants of privacy and intimacy have been swept away in what appears to be a logical progression of the explosive growth of social networks at the beginning of the 21st century. The citizens themselves have accepted this surveillance society in exchange for the comfort only smart technology can provide. This memory economy gives immense power over society to just a handful of people.Remember Me is a 3rd person action adventure where players take on the role of Nilin, a former elite memory hunter with the ability to break into people’s minds and steal or even alter their memories. The authorities, fearful of her knowledge and capabilities have arrested Nilin and wiped her memory clean. After her escape from prison, Nilin sets out on a mission to recover her identity, helped by her last and only friend. This search for her past leads to her being hunted by the very people that created this surveillance society.

Marvel Heroes – PC – Marvel Heroes is a FREE-TO-PLAY action-packed massively multiplayer online game created by David Brevik, the visionary behind Diablo and Diablo 2. Set in the iconic Marvel Universe, Marvel Heroes combines the core game-play style of Action RPGs and MMOs with the expansive library of heroes from the Marvel Universe. In the game, players can collect and play as their favorite Marvel Superheroes (including Iron Man, Thor, Wolverine, Hulk, Spider Man, Captain America and many others). Team up with friends and try to stop Doctor Doom from devastating the world with the power of the Cosmic Cube in a story written by Marvel comic super-scribe Brian Michael Bendis.

Limbo – PS Vita – Limbo challenges players with traversing dark forests, trap-filled underground complexes, and stormy rooftops brought to life with hand-drawn visuals. They must be quick, clever, and fearless if they want to survive their journey and unravel the mysteries at Limbo’s sinister heart.

State of Decay – Xbox 360 – What if society came screeching to a halt? What if all our rules and laws no longer mattered? State of Decay brings these questions to life in a very real way. It’s not just about combat; it’s about doing what you must do to stay alive. Food, water, shelter, and ammo — you’ll need them all. Taking you beyond the initial panic, and beyond the first weeks of the crisis, State of Decay is the embodiment of the “What if?” zombie apocalypse scenario.