What to Expect From the March 9 State of Play: Games, Leaks, and Start Time

Will we see God of War Ragnarok or Spider-Man 2? 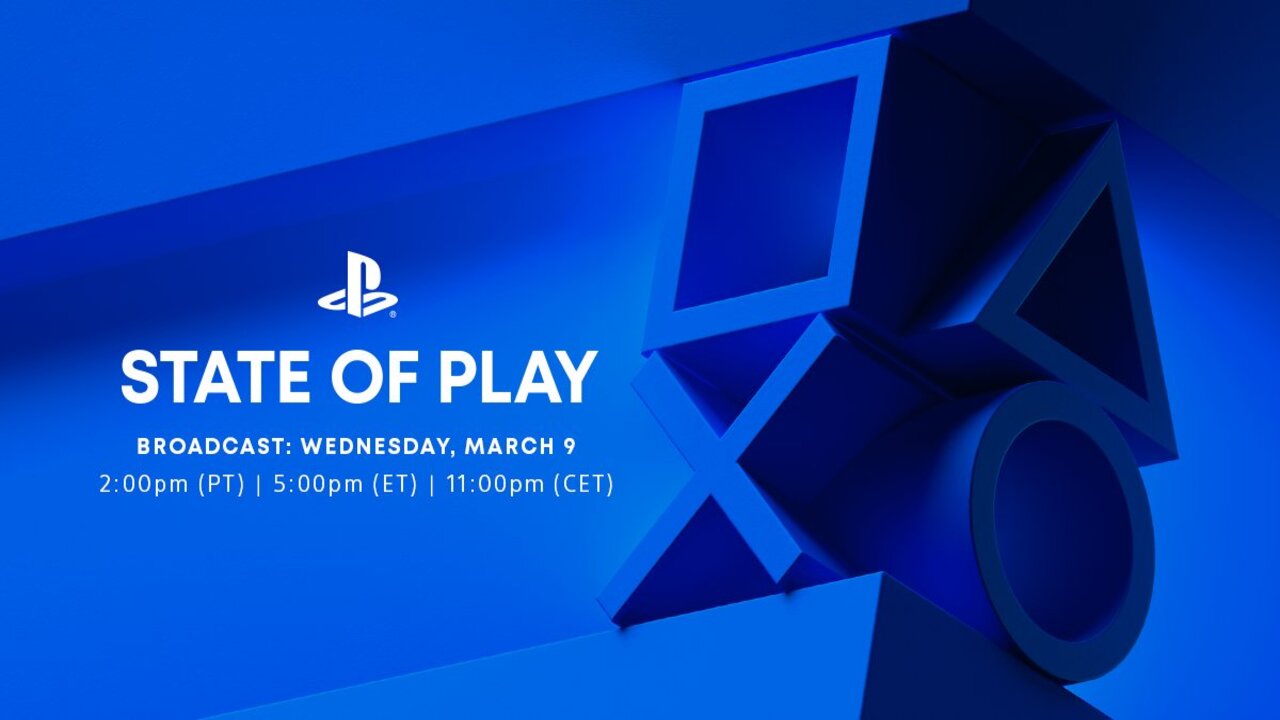 A new State of Play has been revealed for Wednesday, March 9 featuring roughly 20 minutes of PS4 and PS5 reveals. Here’s what you need to know about the upcoming presentation, including where to watch and what games to expect during the show.

When is the Next State of Play?

The next State of Play presentation will be streamed live on Wednesday, March 9 at 2:00 PM PT/5:00 PM ET on Twitch and YouTube. You can tune in on the official PlayStation channels, and there will be no shortage of media outlets, influencers, and content creators co-streaming the event with live reactions to all the exciting reveals.

State of Play returns this Wednesday, March 9. Tune in at 2 PM PT for about 20 minutes of PS4 & PS5 first looks and updates, with a special focus on games coming from our Japan publishers.

The State of Play stream will go live an hour or two before the actual presentation, so you’ll be able to tune in ahead of time to make sure you’re there the second the announcements start coming.

What Games Will Be at the March State of Play?

Nothing has been confirmed as of yet, but Sony has stated that this presentation will be primarily focused on Japanese publishers. Sony says there will also be “a few updates from other developers located around the world, too” so that doesn’t mean we won’t see anything from PlayStation Studios during the showcase.

Note: There will be no updates on PlayStation VR2 titles or hardware in this broadcast.

We do know one thing for sure, though. There will be no mention of VR during the presentation, as Sony has confirmed ahead of time that they won’t be talking about PSVR 2. That’s great news for most, but it’s a bit disappointing for VR fans hoping to hear more about upcoming titles like Horizon: Call of the Mountain.

Don’t expect to see Marvel’s Spider-Man 2 or Marvel’s Wolverine, either. Those games are still very, very far away and we probably won’t see more of them until later this year. Hogwarts Legacy could make an appearance, but this is a short presentation and it might be saved for later since the game is slated for the second half of this year.

As for what games to expect, it’s highly likely that a new trailer will be shown for Final Fantasy XVI. Square Enix promised that more information regarding the game would be revealed in Spring 2022, and given that this is a Japanese-focused presentation and the game is a timed PS5 exclusive, it just makes sense for the game to appear.

Resident Evil 4 Remake is also due to be officially announced sometime soon for a release later this year, at least according to several credible leaks, and Capcom is a Japanese publisher so it could be a major player for this stream. If it is shown, it will probably be the show opener, just as Resident Evil 3 was years ago, or the “one last thing” announcement to end the presentation.

God of War Ragnarok is also due for a release this year and still needs a release date. It’s not from a Japanese publisher, but it’s probably one of the “few updates from other developers located around the world” that Sony mentioned in the announcement post on the PlayStation Blog. Expect to see the game during the State of Play or see a blog post revealing the release date a few days after the fact.

Of course, there are a few wildcard announcements that could very well show up at the March 9 State of Play. It’s known that Naughty Dog is currently working on a multiplayer project set in The Last of Us universe, and it’s all but confirmed that it’s a standalone version of Factions multiplayer from the first game. A Last of Us remake was also leaked recently, and that game could be shown as a surprise reveal alongside Factions during the showcase.

According to my own sources, there are a couple of TLOU projects that are near completion and could release by the end of 2022/Early 2023.

I'd expect to hear about these projects soon if they were to release this holiday period. pic.twitter.com/3CCVRHS5Bj

There have also been rumblings of a Twisted Metal revival coming sometime soon, and that could make for a mic drop moment if it is announced at this State of Play. A Twisted Metal TV show is currently in development as PlayStation Productions’ first major project, so it’s only a matter of time before a game is revealed as well.

Finally, as a true longshot, Bluepoint Games has to be working on something. The studio was recently officially acquired by Sony, so now they’re a first-party member of PlayStation Studios. Demon’s Souls kickstarted the PS5 generation, and it’s about that time for their next project to be shown off.

The studio is known for remasters and remakes, and fans are clambering for a Metal Gear Solid or Silent Hill remake from Bluepoint. There have been so many different rumors from different sources claiming different things regarding these two games though, so there’s nothing concrete out there. Still, it’s always nice to have hope.

Attack of the Fanboy / GAME NEWS / What to Expect From the March 9 State of Play: Games, Leaks, and Start Time