World of Warcraft Shadowlands Now Launching at the End of November

Turns out the expansion was only delayed a month. 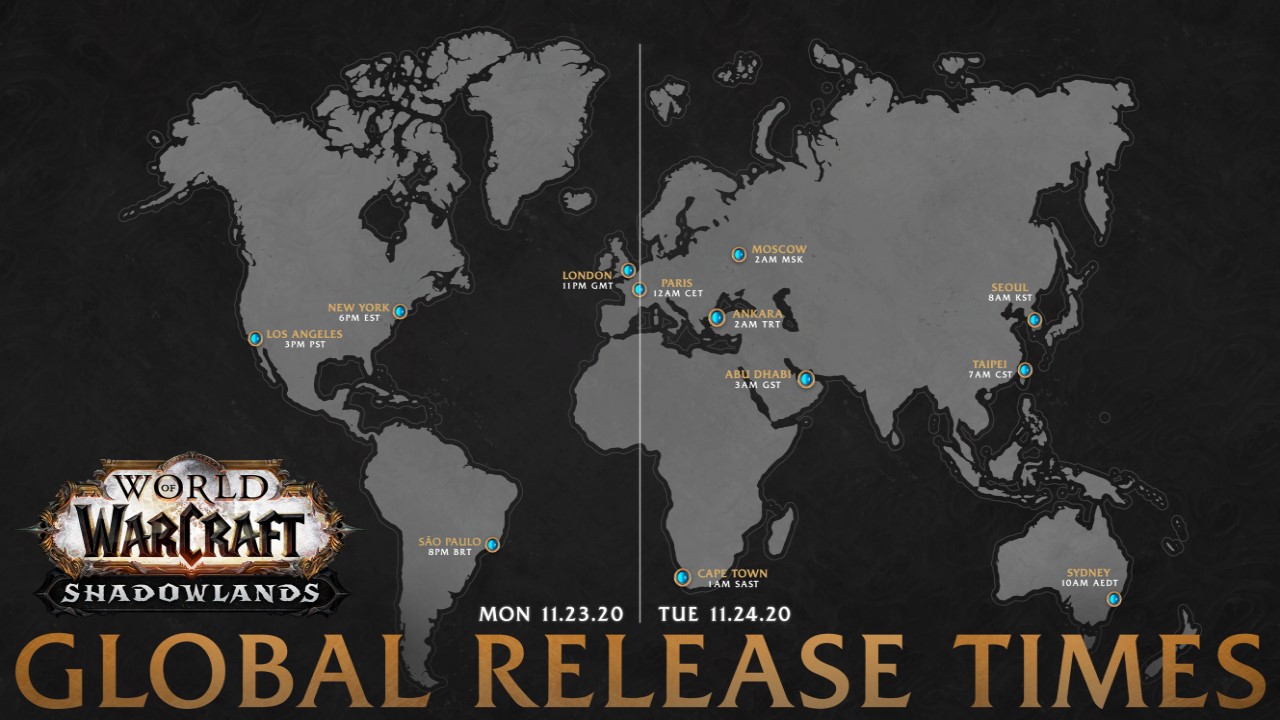 After delaying the upcoming World of Warcraft expansion a few weeks ago, Blizzard has finally nailed down a new release date for Shadowlands. Players will be able to visit Azeroth’s version of the afterlife at the end of November, and they’ll be able to fill their wait with the Scourge Invasion event, which was also given a launch date in the announcement made today by executive produce John Hight.

WoW fans will be able to venture into the Shadowlands the very same week Americans are gorging themselves silly with turkey and stuffing. Coincidentally, the expansion now launches two days before my birthday, so yay me? Cyberpunk being recently delayed (again) helps free up the ole schedule a bit, so myself and other fans should be able to clear out our next-gen launch titles before settling in with Shadowlands.

That said, the Scourge Invasion kicks off November 10th, so maybe we won’t touch our shiny new next-gen consoles after all. The event will see players clearing world bosses in the Icecrown zone of Northrend (where the barrier between the Shadowlands and Azeroth has been shattered by Sylvanas Windrunner, former Warchief of the Horde and current bestie of the Jailer), for some catch-up armor and cosmetics. There’s also a quest to kill Nathanos Blightcaller, which will feel oh-so-very good to complete.

Additionally, the first raid for Shadowlands – Castle Nathria – was given a release date. Both it and Season 1 will drop December 8th, and I can’t think of anything launching near that date that could conflict with that date. Nope, nothing at all. You can read the full announcement from Hight here, and check out the story trailer below. In the meantime be sure to check out WoW’s recent level squish, which has made leveling an alt easier than ever.