The latest news in the world of video games at Attack of the Fanboy
June 27th, 2016 by Kyle Hanson 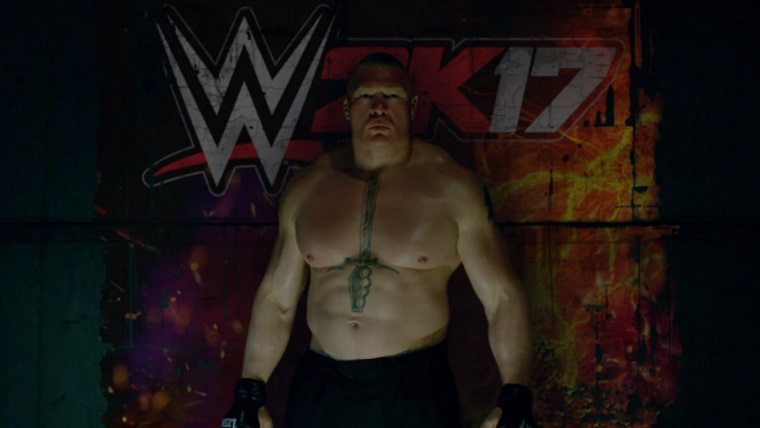 2K Games promised a full cover reveal today, but few expected it to happen so soon. This morning they released a new video, showing off the brand new WWE 2K17 cover. Featuring the tagline “welcome to Suplex City”, the WWE 2K17 cover will star Brock Lesnar.

This fits with our previous speculation, which put Roman Reigns as an early favorite, before his current 30 day suspension. Brock Lesnar is a more well-known entity, having fans outside of WWE thanks to his work as an MMA fighter, with an upcoming match to take place at UFC 200 versus Mark Hunt.

Fans will no doubt speculate about what could and should have been. Should someone newer to the sport have been given the chance to shine on the WWE 2K17 cover? Should 2K Games have went with a female wrestler instead? Should a veteran have been chosen, but among those who are closer to retirement? The questions and arguments are nearly endless, but now that things are settled there is no going back.

WWE 2K17 hits PS3, PS4, Xbox 360, and Xbox One on October 11th. Players who preorder the game will receive Goldberg as a free DLC character.