The latest news in the world of video games at Attack of the Fanboy
March 22nd, 2017 by Darrin Wright 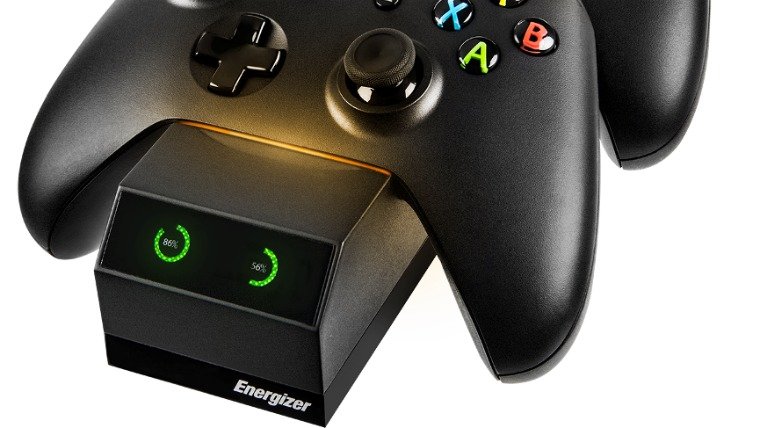 The company that makes a stand that charges two Xbox One controllers at a time has issued a recall due to a defect that could seriously hurt someone. Performance Designed Products, better known as PDP, is recalling about 121,000 “Energizer Xbox One 2X Smart Chargers” in the U.S. (about 7,250 in Canada and 2,560 in Mexico) due to a defect that could cause some burn damage to users.

The company says they have received 24 complaints from users, saying the chargers have overheated and deformed the chargers’ plastic cover. There have also been six reports of chargers emitting a “burning odor,” but thankfully so far no injuries have been reported.

To help you figure out if your charger is included in the recall, the company has provided the following description:

The chargers were made in China and were sold at Best Buy, GameStop, and other stores nationwide, in addition to online retailers like Amazon.com between February 2016 and February 2017 for around $40.

The U.S. Consumer Product Safety Commission says the recall was conducted voluntarily by PDP, which is offering consumers a full refund. You can start that process by clicking here.

PDP is known for making third-party controllers and accessories, like its colorful Rock Candy line for the PS3, PC, Xbox 360 and Wii, as well as their light-up Afterglow lineup for modern consoles and PC. This recall is the first recall we could find a record of for the company, which could help it with keeping consumers’ trust.

If you have one of these chargers, you should probably start the recall and refund process as soon as possible.