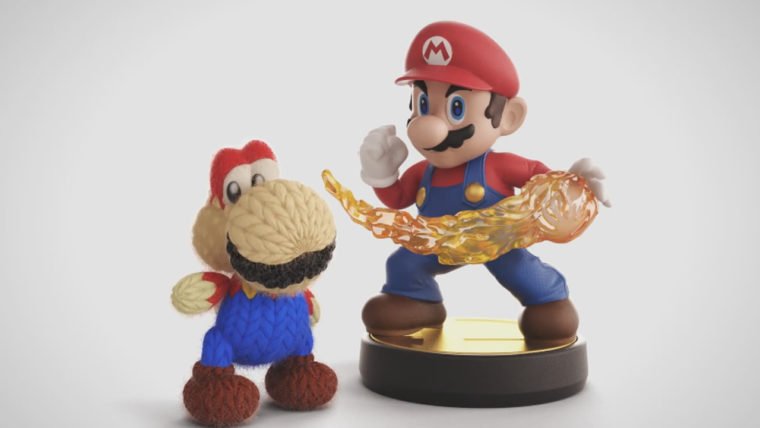 Mostly due to their massive popularity, any time a new Nintendo game comes out there is the question of how it will implement Amiibo functionality. Yoshi’s Woolly World seemed like one that we already knew though, with it receiving it’s own small lineup of Amiibo that pop in a second character for single player. However, it looks like we underestimated Nintendo on this one, as they have revealed new compatibility with the Super Smash Bros. line of Amiibo. The latest trailer shows how it works, with Yoshi donning a costume to match whatever character players tap against the gamepad. The final result is easily one of the cutest things you’ll see in a video game.

This looks like yet another great use of the physical collectibles, where players with them get a nice little benefit, but those without aren’t missing too much. There’s no game content being blocked off here, just cosmetic items that aren’t necessary to enjoy the game. However, seeing how ridiculously cute these patterns are, and seeing that Yoshi’s Woolly World will seemingly support all currently available Amiibo, it makes it that much better to be a collector (like me).