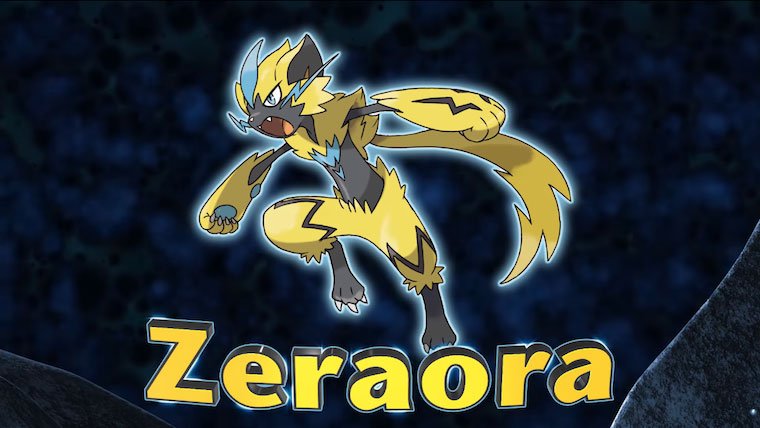 Ahead of the release of last year’s Pokémon Ultra Sun and Ultra Moon, dataminers found information on Pokémon new to the games, including new Ultra Beasts, and new forms of already established Pokémon, like Ultra Necrozma. Also discovered was a new Mythical Pokémon called Zeraora. However, more information on Zeraora, including its official reveal, has been kept under wraps by Game Freak and Nintendo, until now.

Earlier today (April 8), Zeraora was finally officially revealed, with a video giving some details about the new Pokémon. Zeraora is classified as a Thunderclap Pokémon, it is Electric-type, it stands at 4’11” and weighs 98.1 pounds. The video also confirms Zeraora’s standing as a Mythical Pokémon. For those unaware, the difference between Legendary and Mythical Pokémon is that Legendaries can be caught in-game, whereas Mythical Pokémon, such as Mew and Celebi, can traditionally only be obtained through events. It is therefore safe to assume that, with its official reveal out of the way, a Zeraora event will probably be announced for Pokémon Ultra Sun and Ultra Moon sometime in the near future. The video states that more details about Zeraora, and theoretically its event, will be announced soon. You can watch the short reveal video below.