The latest news in the world of video games at Attack of the Fanboy
September 30th, 2016 by Kyle Hanson 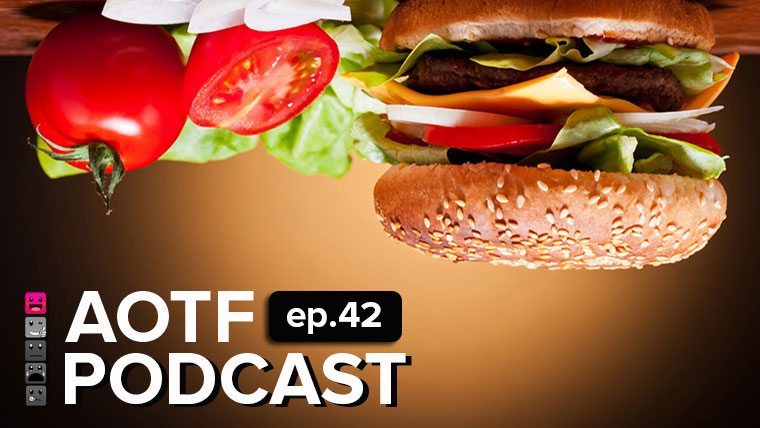 Notice: Everything that is written or said in the following article, its title, and the podcast itself are the opinions of the hosts alone. They are not firm representations of facts, and are not being said to imply that they are completely objective assessments of the base fundamentals of reality. When we say things like “the Dreamcast is a big dumb failure” it does not intrinsically make it so. So please, chill out in the comments guys.

Whew, been wanting to type that out for a while. It’s the AOTF Podcast #42 here. Will and I are ready to chat about the biggest gaming news of the week, as well as a few games that we played in what little free time we have as busy adults in the modern world. We should star in our own sitcom.

This week we talk about No Man’s Sky and its many slight fabrications that might have been shown and said before the game launched. By slight fabrications, I of course mean trailers full of stuff that didn’t make it into the game, and interviews that were full of promises that went unfulfilled. This has all led to an official investigation in the UK, which will probably just end up causing them to remove the infringing videos and screenshots. Still, it’s a big black eye on the game, and with its dwindling playerbase, it didn’t need more problems.

The other major story was the massive success of the Xbox One S. Again from the UK, since getting official numbers in the US is a major headache. The system has led to a 1000% increase in sales, and we’ve already seen these effects here with Xbox One taking the top sales spot on NPD for two months in a row. What’s crazier is when you compare this success to the PS4 Slim, which has been essentially dominated by Microsoft’s smaller console. Will and I talk about why we think this is the case, which includes some insults aimed at the PS4 Slim and Pro.

Speaking of the PS4 Pro, according to a former Driveclub developer, we may all be underestimating its power. Meanwhile in Sony’s world, Bethesda hasn’t given up on Fallout 4 and Skyrim mods on their console, despite resistance from Sony. And in “this week in Destiny” we look at the rumors surrounding Destiny 2.

As far as what we played, Will hit more Destiny: Rise of Iron, which he is loving, and I played through Batman: The Telltale Series – Episode 2, which I am also loving. Listen to the entirety of the AOTF Podcast #42 below, and let us know what you think in the comments…as long as it isn’t telling us that this is all our opinion. We know that already.

You can listen in this player