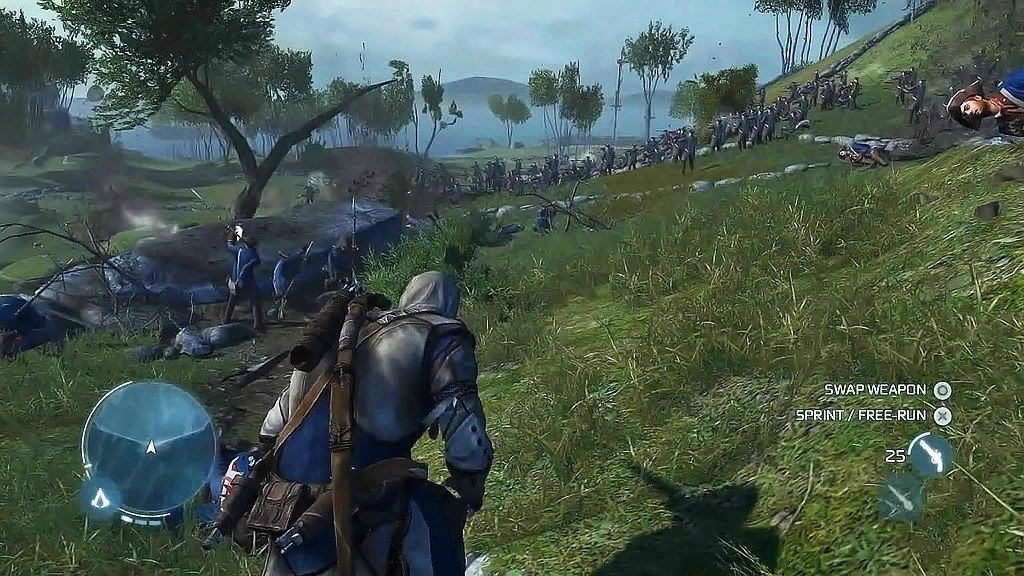 Assassin’s Creed III will feature plenty of new features.  A new protagonist in a completely new Revolutionary War timeline, housed by a brand new engine with Anvil Next.  Recently, a batch of new screenshots surfaced for the game.

The new shots show Connor in the thick of the conflict between British Soldiers and American Colonists, and provide a first look at the changes made from previous installments of the franchise.

Ubisoft has recently commented on how it’s trying to “raise the bar” for Assassin’s Creed titles with their new Anvil Next game engine, and that they are using entirely new assets for the upcoming game.  From the first evidence, it looks like this isn’t just a marketing pitch as the game looks considerably different from the first four.