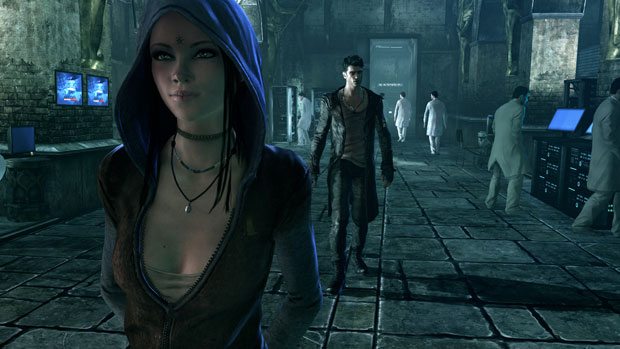 Devil May Cry will not be arriving this year, according to a recent statement out of Capcom.  Developed by Ninja Theory, the franchise reboot has been rescheduled for January 15th, 2013.  Though Capcom has delayed the release of the title, they did reveal one new character for the game.

Kat is a former runaway that joined The Order very early in her life. She is a medium and a gifted psychic who can see into Limbo, the demon realm, but not directly interact with it in the way that Dante does. She is the right hand girl to the Leader of The Order and devotes her life to him, often putting herself in grave danger to gather intelligence from Limbo.

There is a sweet innocence about Kat’s world view and logic, but when it comes to her specialist subject, the demon realm, she is an undoubted expert. Kat is The Order’s ‘eyes and ears’ and is tasked with guiding Dante on his mission through Limbo.

Look for DMC on the Xbox 360 and PlayStation 3 next January with a PC release later that year.