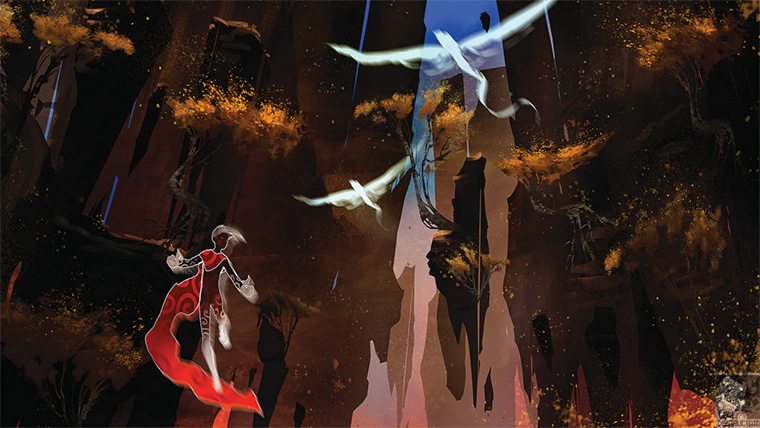 In an exclusive reveal with Destructoid, Hidden Path Games (the devs of the awesome CS: Global Offensive,  Defense Grid: The Awakening, and Age of Empires II HD) introduced a bold new direction to the world today with an original IP, entitled Windborne.

” Build, create, and share your own world in Windborne.”

The images provided to Destructoid are pure concept art, but the exclusive details the games mechanics, revolving around player generated islands floating around the sandbox, to attack, trade with, or explore, accompanied by ‘Jin‘ creatures that players must guide, teach and defend, and even dragons to breed and fly in Windborne’s universe.

Another, more traditional mechanic is the exploration of “a ton of ruins filled with puzzles and treasures to explore, ” and AI enemies advancing upon your own slice of the universe when there’s a quiet moment to be interrupted.

Concept art can be a wildcard, but this looks set to be one to watch when it lands on Steam Early Access, with most community features supported from the off, with mod support expected shortly after launch.

The game is slated for PC, with no set release date,  with a PAX demo at booth #3330 later this month.