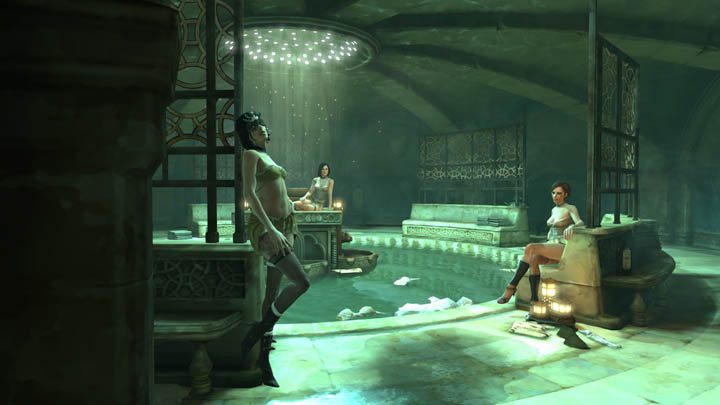 Dishonored has got a few things going for it when it releases later this year.  Number one, Arkane Studios has been relatively quiet about its development, despite having some of the industry’s brightest minds working on the title.        The game’s got all of the things that gamers swear up and down that they want from a video game.  It’s a brand new IP, set in a unique locale, with diverse range of art and from the looks of it, gameplay as well.  But lastly, it has hookers.  I’ve never seen a game go wrong that incorporates hookery in some form or another.

Just look at GTA IV, hookers, I rest my case.  The latest batch of screenshots from Dishonored has been released, and while you might get distracted by the Half-Life-esque Tall boys or the stealthy looking combat in the first person perspective, the real story here is hookers.

You can find the latest screenshots below, and we’ve included the latest trailer from Arkane as well, because it’s pretty badass.  If you haven’t seen it, watch it below. Dishonored is slated to arrive on the Xbox 360, PlayStation 3, and PC, at some point in 2012.