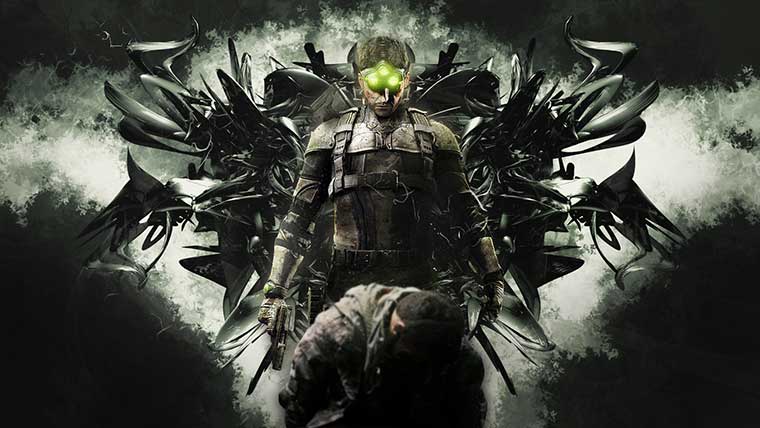 Splinter Cell Blacklist is undoubtedly an anticipated game of this year. It appears Ubisoft is doing its utmost to make sure that stays the case with two new, informative videos about the game released in the last few days.

Beware! Thar be mild SPOILERS for Splinter Cell Conviction and Blacklist in the rest of this article and the videos (assuming you want to play Blacklist with absolutely no prior knowledge of what the hell is going on).

The first video is a sort of pseudo-interview with actress Kate Drummond, who voices and motion-captures Grim, not just about her character, but the other characters as well and the relationships they have. We get to meet each of the characters: Sam Fisher, Grim, Charlie and Briggs, in digital and real-fleshy form (albeit in funny mo-cap suits).

You now really understand why Michael Ironside no longer voices Sam Fisher in Splinter Cell Blacklist. Ironside just couldn’t possibly portray an agile and fit Sam Fisher. Many fans will miss his old gruff voice, which was perhaps a bit too old and gruff for a Sam Fisher who looked quite young, as opposed to this new obviously greying man with the voice of a boy who just finished puberty, but that’s just how it’s going to be from now on.

We now know for sure that Andriy Kobyn will be back from Splinter Cell Conviction, as shown by a snippet of mission planning cinematic in the video, as a target (again) for what is probably going to probably include an interrogation (again) where you get to throw him around and onto fun and innovative pain inducing objects like chairs and walls and an “extraction, not killing him.”

So, this is a trailer and in typical blockbuster video game franchise fashion, we get a well edited 2 minute clip of cinematics, loud electronic noises and intense music.

More importantly, however, you get to learn a lot more of what seems to be going on in the world of Splinter Cell Blacklist where it appears a group called the ‘Engineers’ (at least one of whom sounds English) really get a hard-on for sticking it to the Americans, but also, surprisingly while hard-on-ing, have the skill and the know-how to actually go through with their plans.

Are you excited about Splinter Cell Blacklist? Are you at all surprised that not only is Sam Fisher getting kidnapped, but Ubisoft decided to unveil that in a trailer before the release of the game itself? Leave a comment below!