Why [Spoiler] Was Killed In Netflix’s Treason? Possibility of [Spoiler’s] Return Explored

Welp! At least we got Charlie Cox's Daredevil back. 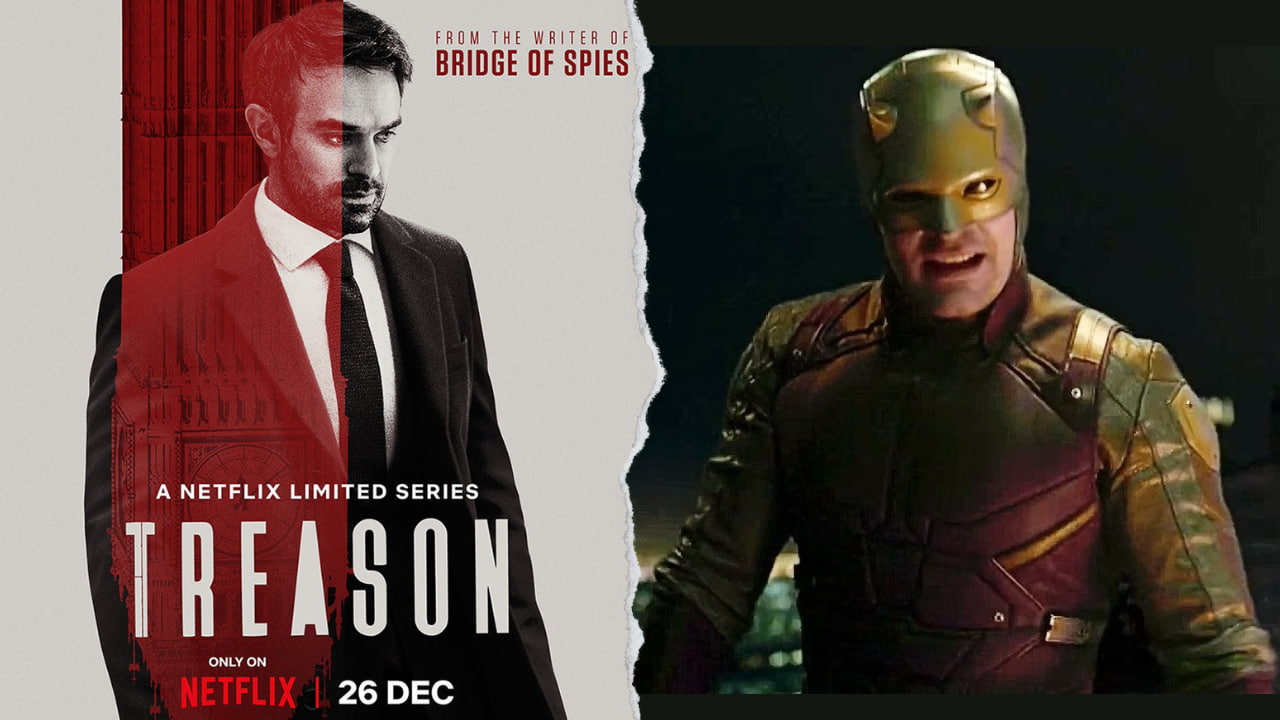 Following the hasty ending of Netflix’s Daredevil series, Charlie Cox returned as the lead of yet another series for the streaming giant. After Cox’s return as Matt Murdock (Daredevil) in Disney’s Marvel projects, Netflix’s Treason garnered much popularity due to the British star’s involvement.

However, Netflix’s odd timing for the release of this spy-thriller mini-series amid a slew of holiday releases may have hindered its viewership. Furthermore, the shocking end to this five-episode series may hint that Treason will not receive a second season.

In Netflix’s Treason, Charlie Cox portrayed the interim MI6 head Adam Lawrence whose past as a field agent brought massive threats towards him and his family. Following an assassination attempt on MI6’s Control (Chief), Sir Martin Angelis, the viewers discover that Lawrence has a complicated past with Olga Kurylenko’s Kara, a former SVR (Russian Intelligence) operative.

As the mystery of Lawrence’s past and his role as a helpless pawn in the inter-governmental powerplay and blackmail scheme slowly unraveled through the series, Episode 5 shockingly flipped the script. Within 16 minutes of the finale episode, CIA operative Dede Alexander (Tracy Ifeachor) shot Adam in front of his wife, Maddy (Oona Chaplin), and Kara. This unequivocally shoved the mini-series into an unexpected conclusion, with the lead character being dead ahead of the climax.

While writers Matt Charman and Amanda Duke attempted to make the transition of Adam Lawrence’s wife, Maddy, and Kara into the main characters as smooth as possible, there may have been additional reasons behind such a decision. Charlie Cox’s prior commitments and preference for the character of Daredevil may have been why Treason was dropped as a mini-series.

Prior to the return of Daredevil’s TV or cinematic rights to Marvel/Disney, Netflix canceled upcoming seasons of their version of the series in November 2018. While the developmental details of Treason are scarce, What’s on Netflix claimed that the production started in early 2022 and concluded by August of last year. This suggests that Cox must have shot his cameos for She-Hulk Attorney At Law prior to the principal photography of Treason or early during the process. However, Cox’s commitment in regards to the reprisal of his role as Daredevil (Matt Murdoch) was no secret to Netflix, as Marvel head Kevin Feige confirmed his return in early December 2021.

Meanwhile, Cox’s return as the blind-vigilante-lawyer in December 2021’s Spider-Man: No Way Home further solidified his presence in the Marvel Cinematic Universe. Thus, it was obvious to both Netflix and fans alike that Cox would get another solo project, even before Feige announced Daredevil Born Again at San Diego Comic-Con in July 2022. However, the Treason series being greenlit for production could mean two possible approaches for the streaming giant. Either they did not anticipate the heavier involvement of Cox in MCU so soon after the cancellation of Netflix’s Daredevil, or the producers always meant for Treason to be a mini-series.

It is apparent that even if Cox’s Adam Lawrence had survived the finale of Treason, the actor would likely not have returned for future seasons due to his preference for the MCU gig. However, Cox’s statement to GQ last month may hint that there was a minor course correction done prior to or during the development of Treason.

In his exclusive interview with GQ’s Jack King, Cox revealed that he was unaware of Adam Lawrence’s fate at the end of Treason. He told King: “I knew it was a possibility.”

The 40-year-old star further added: “I knew it was on the cards, you can tell by the contract, you know.”

While it cannot be said what Netflix would have done if Charlie Cox had not received his second go at his MCU series and remained with Treason, given the streaming giant’s cancelation fetish, the show would have gotten nixed either way. However, it is highly likely that the fate of Adam Lawrence and the entirety of the Treason series was sealed due to Cox’s commitments. Though Netflix may decide to renew the show, it is unlikely that they would be able to retain viewership without Cox, who was pretty much the main attraction of Treason.

More on Attack of the Fanboy :
MCU Netflix

Attack of the Fanboy / Entertainment / Why [Spoiler] Was Killed In Netflix’s Treason? Possibility of [Spoiler’s] Return Explored