GameStop’s NFT Marketplace is Launching at the Worst Possible Time

Power to the players I guess. 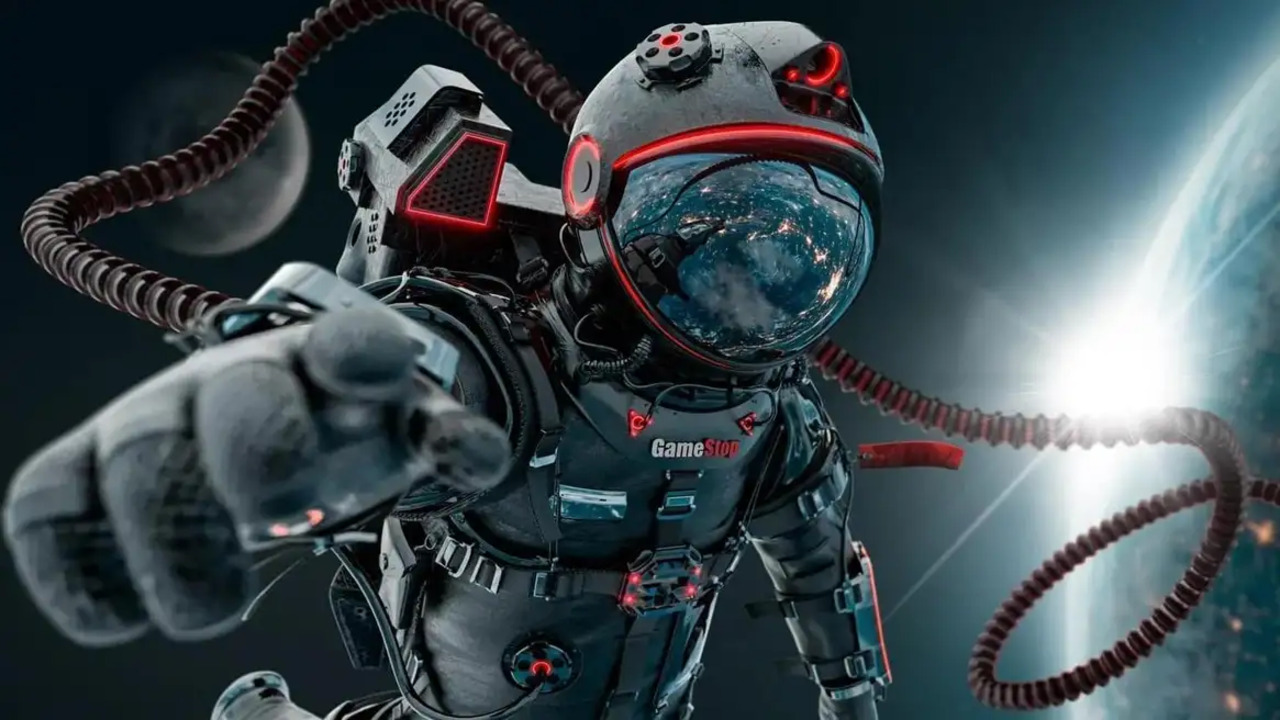 In a move surprising absolutely nobody, GameStop has gotten into NFTs. The video game retailer launched its very own NFT marketplace today, reaching over one million dollars in volume in just a few short hours after going live. Crypto bros and ape holders around the world are celebrating the launch, but from both an economic and an ethical standpoint, there could not be a worse possible time for GameStop NFT.

NFTs have been the big talking point of the Internet for quite some time now. People with hexagon profile pictures are singing their praises on Twitter, and it feels like you can’t enter a comment section anywhere these days without seeing a poorly-drawn cartoon monkey. However, people with common sense are well aware of the numerous drawbacks to these non-fungible tokens. Environmental damage, rampant scams, and other blockchain woes are only scratching the surface of what’s wrong with NFTs depending on who you ask.

Regardless of your feelings about NFTs, the launch of Gamestop’s NFT marketplace couldn’t have come at a worse time. The crypto market isn’t in a great place right now. We’re in the midst of a crypto winter, a period where huge hedge funds are going under and coin prices are plummeting. Companies like Coinbase, BlockFi, and Crypto.com have had to lay off hundreds of employees. Bitcoin, Ethereum, and just about every major cryptocurrency out there have fallen significant percentages year to date. What better time to launch a new NFT marketplace?

Of course, GameStop claims that its NFT marketplace is forward-thinking, building toward a more interconnected future with true digital ownership and all sorts of other buzzwords. Its marketplace will “expand functionality to encompass additional categories such as Web3 gaming, more creators and other Ethereum environments” according to a press release. That press release is followed by a “cautionary statement regarding forward-looking statements” section that is nearly three times as long as the actual announcement. It’s one thing to cover your bases with cautionary legal speak, but a 3 to 1 caution to action ratio isn’t a good sign.

That’s just the economic side of things. Prices climb and fall and the economy adjusts, so maybe GameStop’s forward-thinking NFT plan will be financially successful in the long run. Maybe they’re really resonating with the meme stock traders and crypto bros with this one. No matter how much cash flows into GameStop from this whole endeavor though, the questionable ethics of the situation cannot be ignored.

BREAKING: GameStop CFO out, layoffs across company, including at GameStop proper and Game Informer. Unclear how hard people have been hit but doesn't sound small. "a number of reductions" as per company memo

GameStop initiated a round of mass layoffs last week and fired its CFO in the process. Roughly 160 employees were cut, including editorial staff at Game Informer. People’s livelihoods were directly affected by the launch of this NFT marketplace and GameStop’s overall pivot to crypto. “Change will be a constant as we evolve our commerce business and launch new products through our blockchain group,” reads the first line of an email sent to GameStop staff by CEO Matt Furlong. It only took 18 words for the CEO to bring up the blockchain in a memo about staff layoffs.

“After investing heavily in personnel, technology, inventory and supply chain infrastructure over the past 18 months, our focus is on achieving sustained profitability,” reads another line from Furlong’s email. GameStop experienced another round of layoffs at its corporate HQ in May according to a Kotaku report, impacting more than 100 employees. They were likely cut to make room for new hires with experience in “blockchain gaming, ecommerce and technology, and operations,” something the company was very excited to mention in its first-quarter fiscal year 2022 results report.

The timing of it all is unfortunate but expected. People are gone and now the NFTs are here. The GameStop NFT marketplace is currently filled with such brilliant works as Dankclops #69, a pixel monster currently valued at 100 ETH (roughly $104,000 USD). If that’s not really your style, then perhaps you would be interested in Bluetooth, a rotating gif of a blue tooth priced at 420.69 ETH (roughly $438,000 USD)? Those two tokens are just a small taste of the exquisite collection of over 53,000 NFTs available at GameStop.

No matter how you look at it, GameStop’s NFT marketplace is opening up at a terrible time. It’s a blockchain-based project starting up at a time when crypto is plummeting. It’s launching immediately after a round of mass layoffs for which it is the sole culprit. The company’s CEO sounded more excited than remorseful when emailing staff about the layoffs just because the slashed jobs were sacrificed for shiny new blockchain technology. Even its forward-looking plans are flawed, as existing attempts to incorporate NFTs and the blockchain into mainstream gaming have failed spectacularly. GameStop’s NFT marketplace is a pointless, soulless project that only serves to sap more money from an already dying company that can’t even afford to keep its employees employed.