A new look for your PlayStation setup! 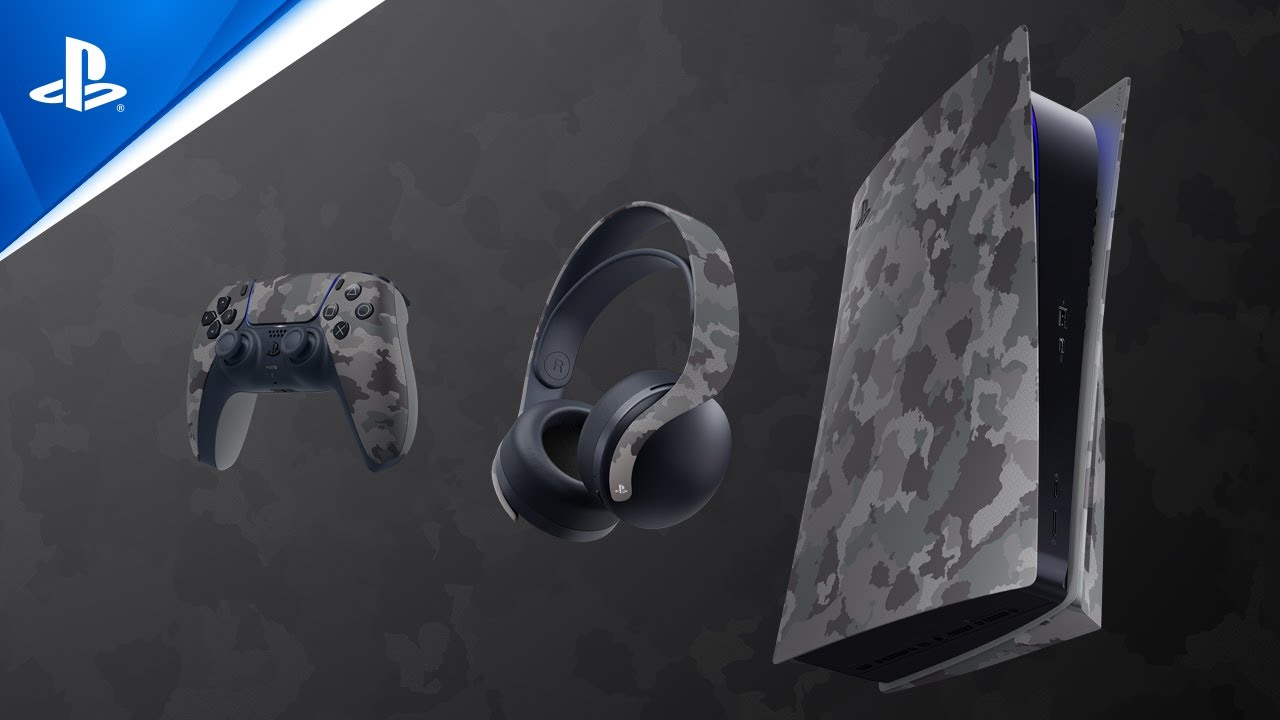 The PlayStation 5 has seen many accessories throughout its lifespan. Console covers, headphones, and controllers are only a few items offered by Sony. Now, brand-new variants of all three of these items are coming to the hands of consumers. As announced by the official PlayStation blog, the PlayStation 5 Gray Camouflage Collection will offer fans a new style for their gaming setup. These items will be made available in the coming months, but die-hard fans might be able to get their hands on them even sooner.

When can Fans Pre-Order the PlayStation 5 Gray Camouflage Collection?

Each item in the Gray Camouflage Collection will be available for pre-order starting on September 15. The controller and covers will be available to the general public on October 28, but those interested in the headset will need to wait until December. However, fans can get their hands on the controller and covers two weeks early by purchasing from direct.playstation.com. Both items will be made available exclusively from this website on October 14. Players can expect to purchase these items from other retailers, such as GameStop or Target, when the exclusivity period ends. This should not affect the date of pre-order availability, but fans should keep an eye out for that just in case.

It should be noted that the included controller is not the new DualSense Edge recently announced by Sony. It is simply a normal DualSense controller with the new Gray Camouflage color scheme. The same goes for the Pulse 3D headset and the console covers. There is currently no news on whether future accessories, such as official charging stations or the future DualSense Edge controller, will support this color scheme. If these items end up selling well, though, it’s likely that Sony will try to capitalize on their popularity. Fans of this color scheme should get their hands on this collection as soon as possible!

The Gray Camouflage Collection‘s controller and covers will release on October 14-28, 2022. The headset will release in December.