Scarlet and Violet Have a Chance to Remedy the Issues of Its Mainline Predecessors. 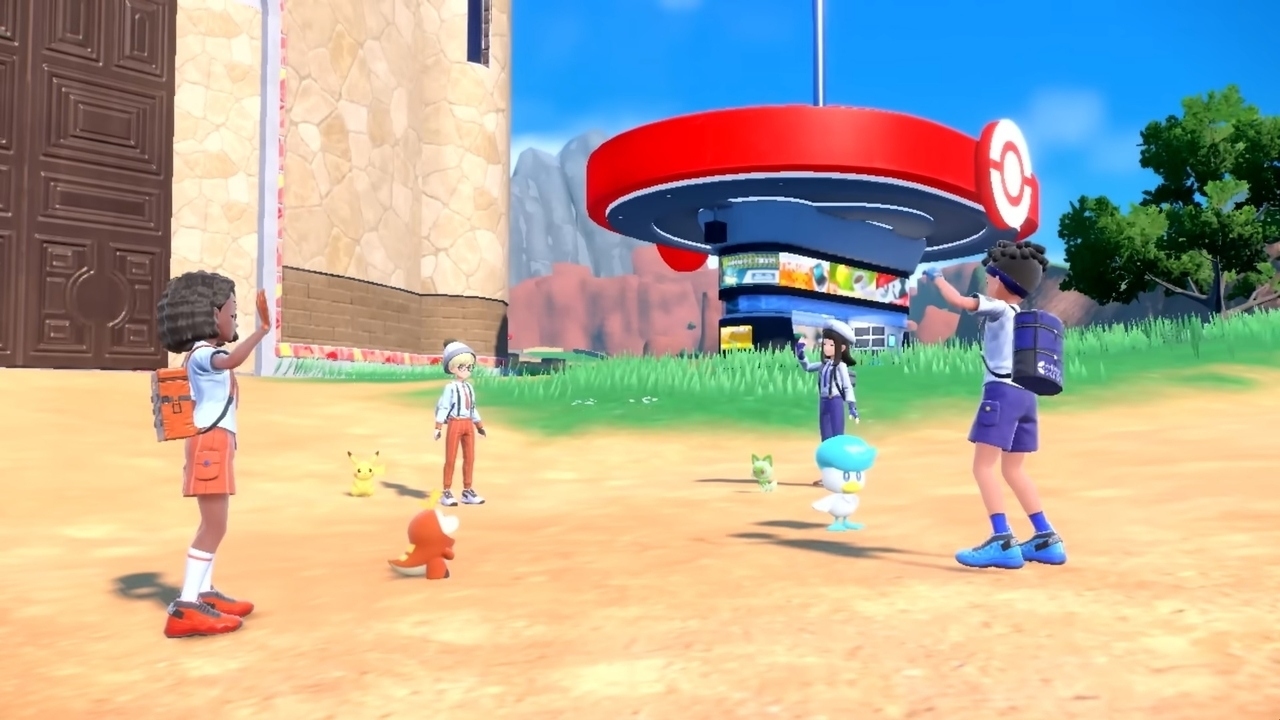 Pokemon Scarlet and Violet will once again feature multiplayer from looking at official sources. To players who have played its Gen 8 counterpart, Sword and Shield, however, the potentially bare-bones nature of such functionalities might be called into question.

Player excitement toward Sword and Shield before its original release was hugely contributed to by the existence of the Wild Area and the game’s implementation of a co-op multiplayer system. People came to quickly doubt the comprehensiveness of such systems when they got their hands on the actual games themselves.

The Wild Area is an underutilized zone that mainly served the purpose of providing players with a large open space to catch pokemon, as opposed to being the game’s focus. It’s hard to say if the game would have benefited more from an open-world approach, but the Wild Area stuck out haphazardly in a game that featured the usual gameplay loop that Pokemon games are known for. Issues with the Wild Area inevitably seeped into multiplayer functionalities, with player cooperation being limited to raid dens instead of being allowed to navigate the Wild Area together.

If Pokemon Scarlet and Violet are to implement coop multiplayer in a way that doesn’t betray the expectations of its player base, it needs to match what was shown in the second trailer. Player characters are shown meeting up and chatting in groups in the same space, with their pokemon by their side. This could potentially indicate the possibility of players being able to meet up in the same world, explore regions, and catch pokemon together.

Scarlet and Violet need to avoid retreading the steps of its 8th Generation predecessors, where player meet-ups were restricted to lobbies or NPC copies of actual players. It should prove successful at appeasing a sizeable portion of its potential player base if it is capable of creating an immersive cooperative experience. With an open world that’s seamless between conjoining regions, interactive, where co-op or multiplayer components are more organically integrated into the singleplayer experience.

Judging by descriptions relating to the game on the official website, a seamless world that players can journey across together is what the developers are promising with the newest Pokemon title. Players have little information to rely on regarding such claims due to the lack of official footage that covers such topics or any leaks that could provide further information.

Sword and Shield still prove to be the most relevant offering that Game Freak provides to competitive players, and it is due to those titles being the most contemporarily viable product alongside its slews of breeding and IV optimizations. The developers need to extend the same amount of attention toward its ninth-generation cooperative multiplayer systems to ensure that they’ll match the promises they’ve made regarding Scarlet and Violet. It will help them avoid duplicating their past mistakes in Sword and Shield, where the Wild Area devolved into makeshift raid den lobbies.