Who is Included in the Teen Titans Set in Fortnite? Starfire, Beast Boy, and More

Who better to add to the Fortnite roster than a team including an orange Justice League member? 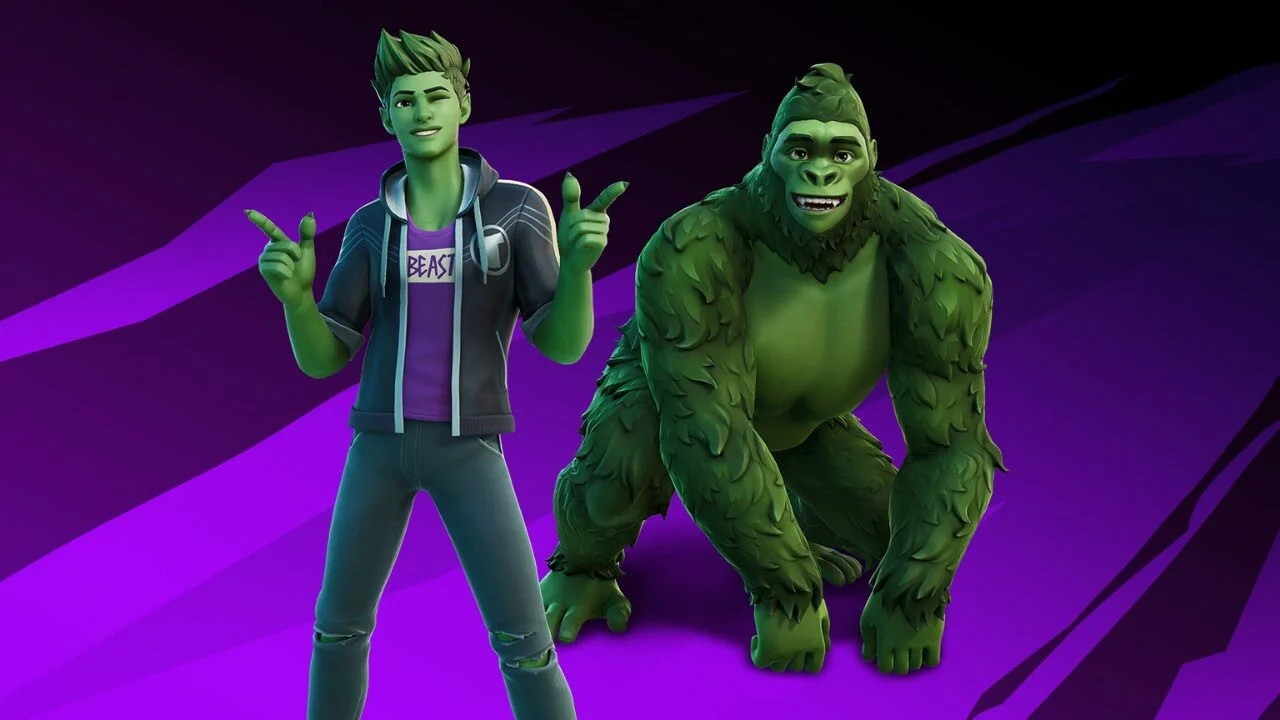 Fortnite has continuously appealed to crazy amounts of fandoms over the recent few years, with tie-ins, themed skins, and massive, game-changing events featuring well-known characters or avatars based on real-life star performers. One particular recurring universe which features often in Fortnite is that of DC Comics, with headliner characters such as Batman, Harley Quinn, or the Joker as part of his Last Laugh bundle. But a recent addition to the increasingly endless host of cosmetic options you can choose in Fortnite now includes characters from the Teen Titans. Read on for our coverage of Who is Included in the Teen Titans Set in Fortnite!

Who is Included in the Teen Titans Set in Fortnite? Starfire, Beast Boy, and More

Three major characters feature for the Teen Titans Fortnite set – Beast Boy, Raven, and Starfire. Beast Boy also has a built-in emote, Go Ape, for his outfit. In addition to the outfits matching each respective character, the following cosmetics are also part of the Fortnite set:

This leaves a total of 17 cosmetics, sorted into 3 outfits, 1 glider, 3 harvesting tools, 2 emotes, 3 back blings, 3 loading screens, and 2 sprays.

Fortnite is currently in Season 3 of Chapter 3, which will go on until September 18, 2022. Be sure to check out our other guides on the game if you’re looking to grind rewards from the game and get the fullest enjoyment out of your experience, whether you’re seeking to dominate on the battlefield, or represent your favorite franchise.

Fortnite is free to play for everyone on PC, Nintendo Switch, PlayStation 4 and 5, Xbox One, Series X|S, iOS, and Android devices.

Attack of the Fanboy / Gaming / Who is Included in the Teen Titans Set in Fortnite? Starfire, Beast Boy, and More