God of War, The Last of Us, Final Fantasy VII, and more 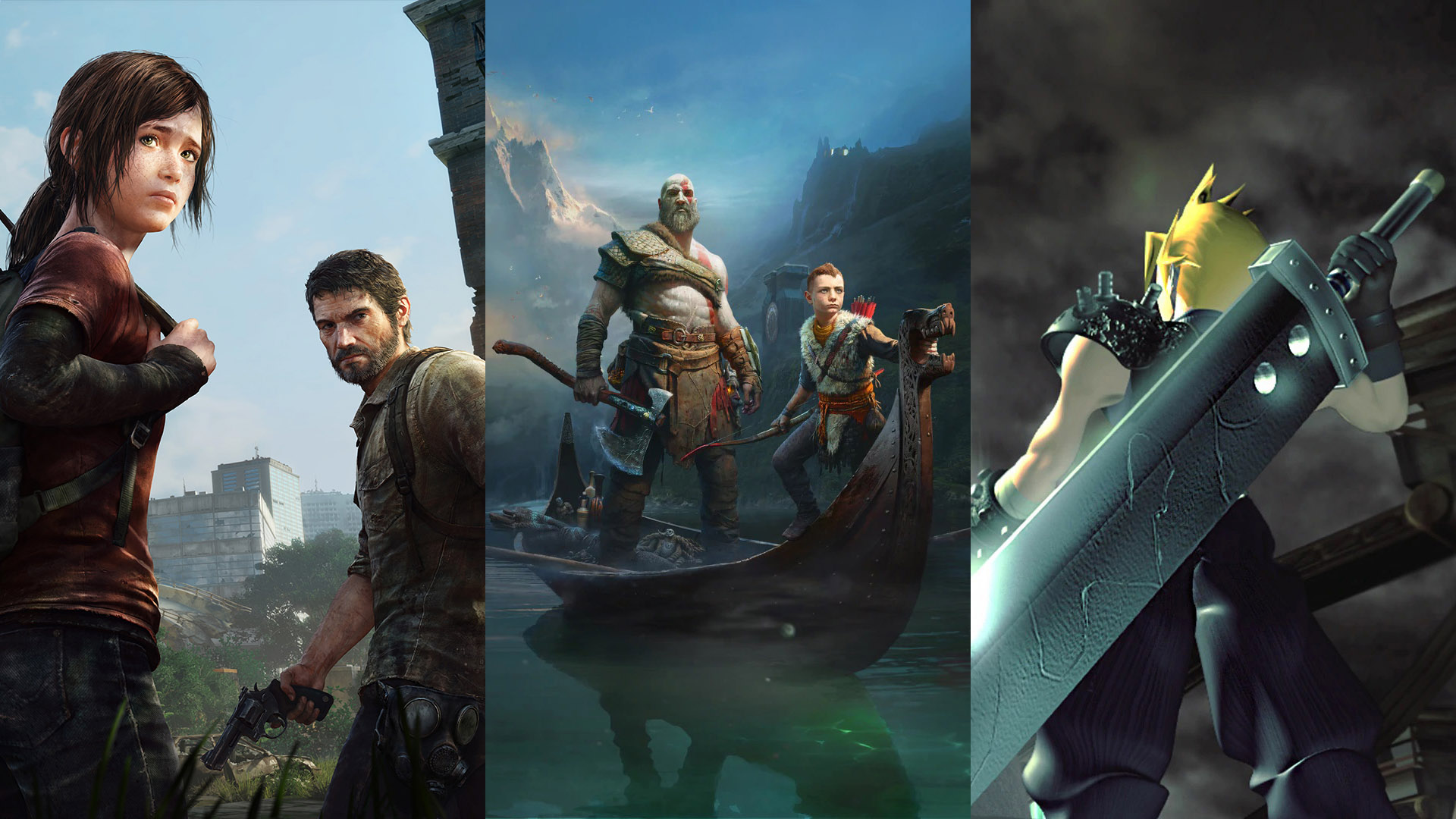 The PlayStation Now allows all its subscribers the opportunity to play a wide array of acclaimed and famous titles from all of Sony’s consoles, on your PlayStation 4, PlayStation 5, and PC. With that said, you can check out below 10 must-play games that you can play right now on the PlayStation Now. 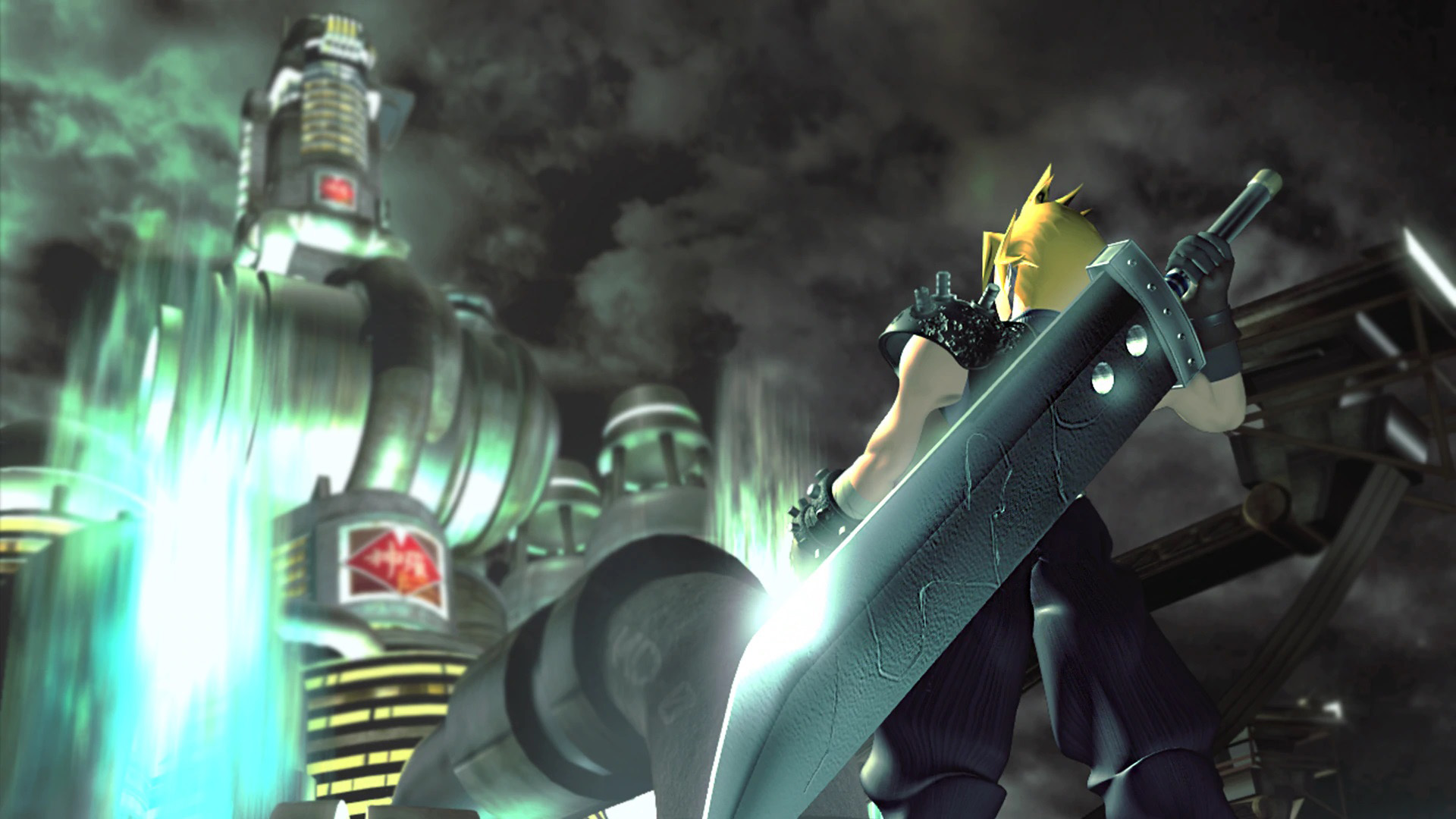 To start the list with the right foot, we have maybe the most well-known title in the acclaimed Final Fantasy series. Final Fantasy VII was released in 1997 and was the first title in the series to feature 3-D graphics as well as fully 3-D animated sequences. The title is also the one responsible for introducing characters who became symbols of the RPG genre, such as Cloud and the villain Sephiroth. Overall, Final Fantasy VII paved the way to where the franchise is today and became a mark not only to PlayStation but to JRPG’s in general, making it a must for all fans of the genre. 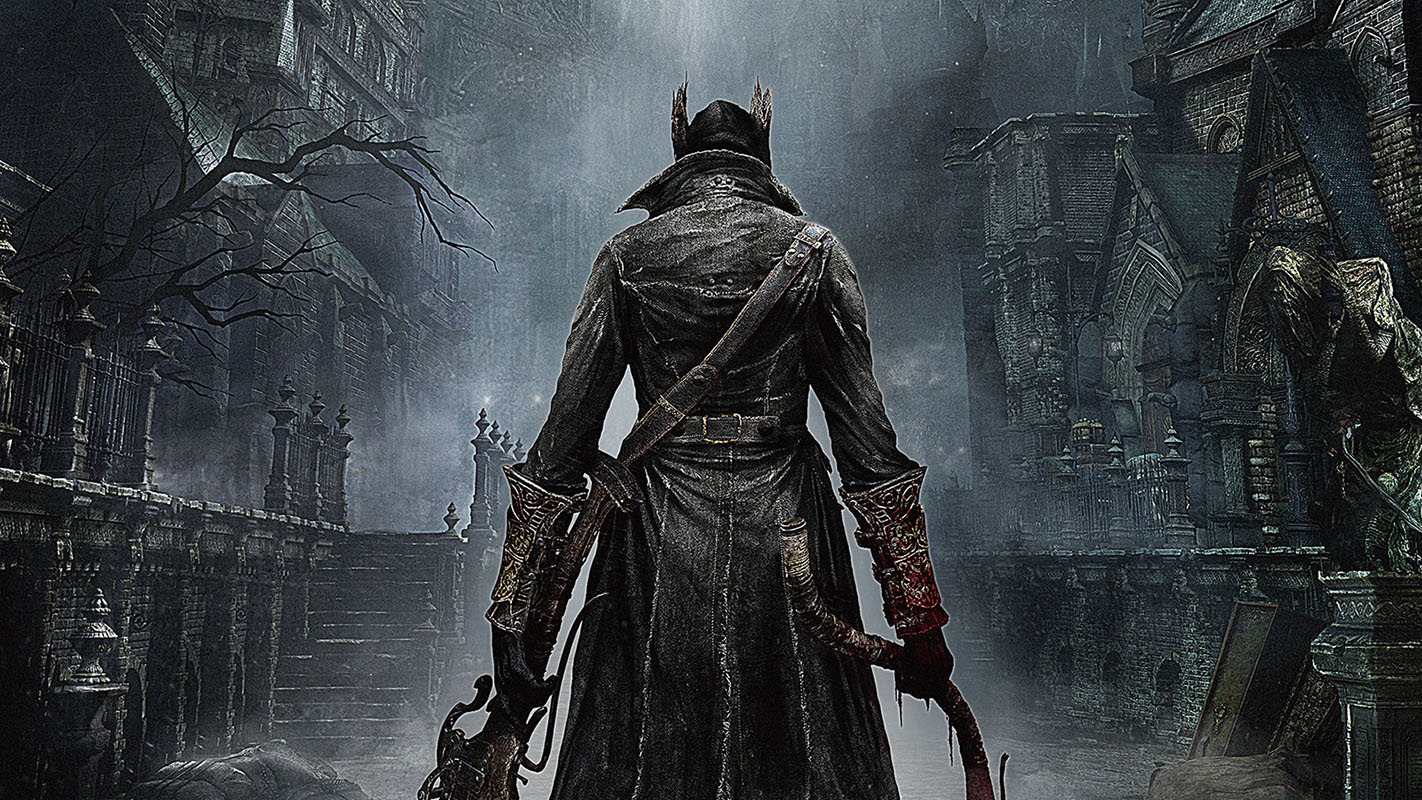 From the genius mind of Hidetaka Miyazaki, the creator of the Dark Souls series, Demon Souls, as well as Sekiro: Shadow Dies Twice, Bloodborne is considered one of the best exclusives of the PlayStation 4 generation. In the game, players take on the role of the Hunter, as they travel across the city of Yharnam and look for a way out of the endless nightmare. Bloodborne features the already characteristic aesthetic and gameplay style FromSoftware is known for, all while offering a breath of fresh air by taking players out of the medieval landscapes and into the Victorian-inspired city. 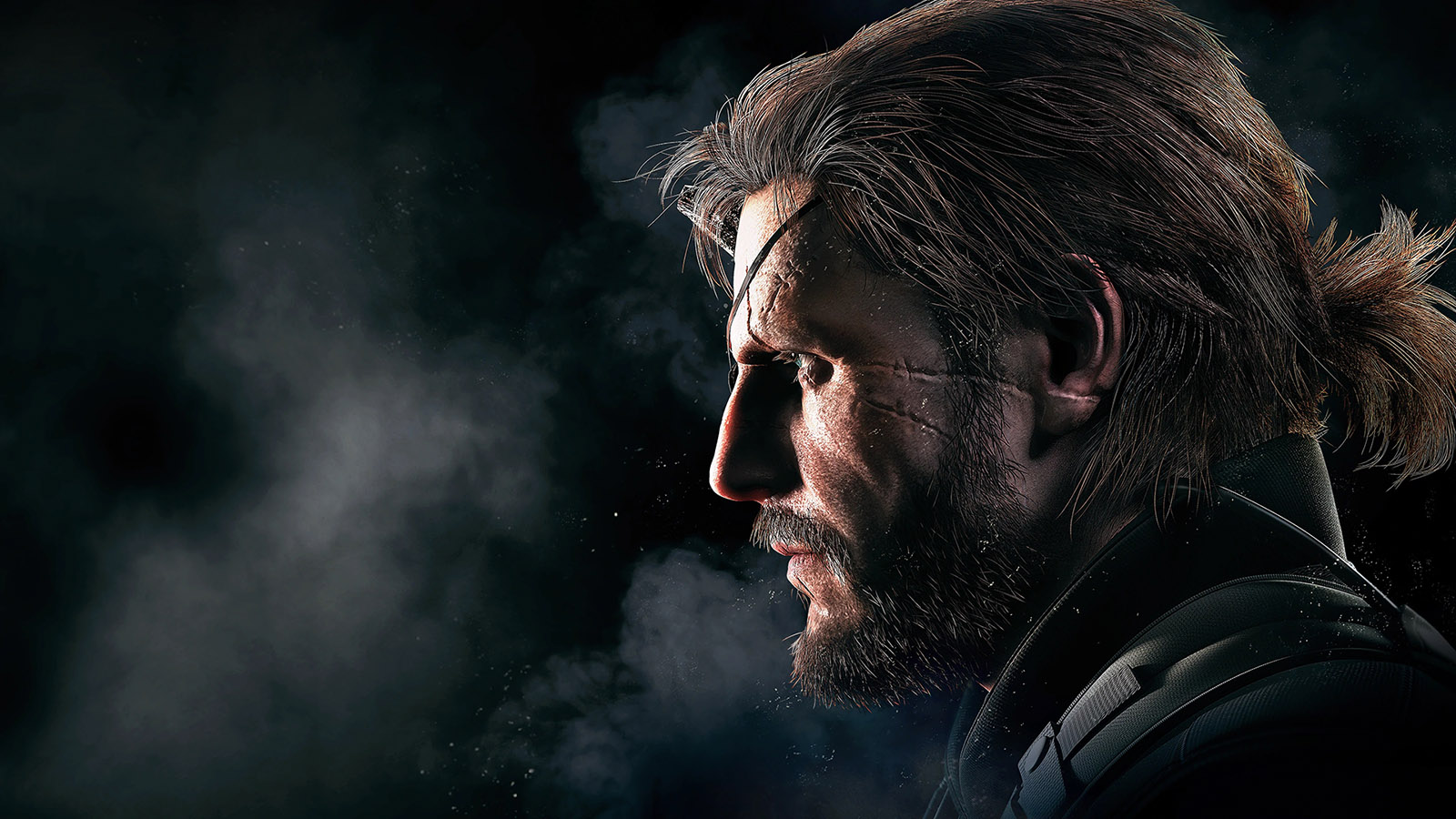 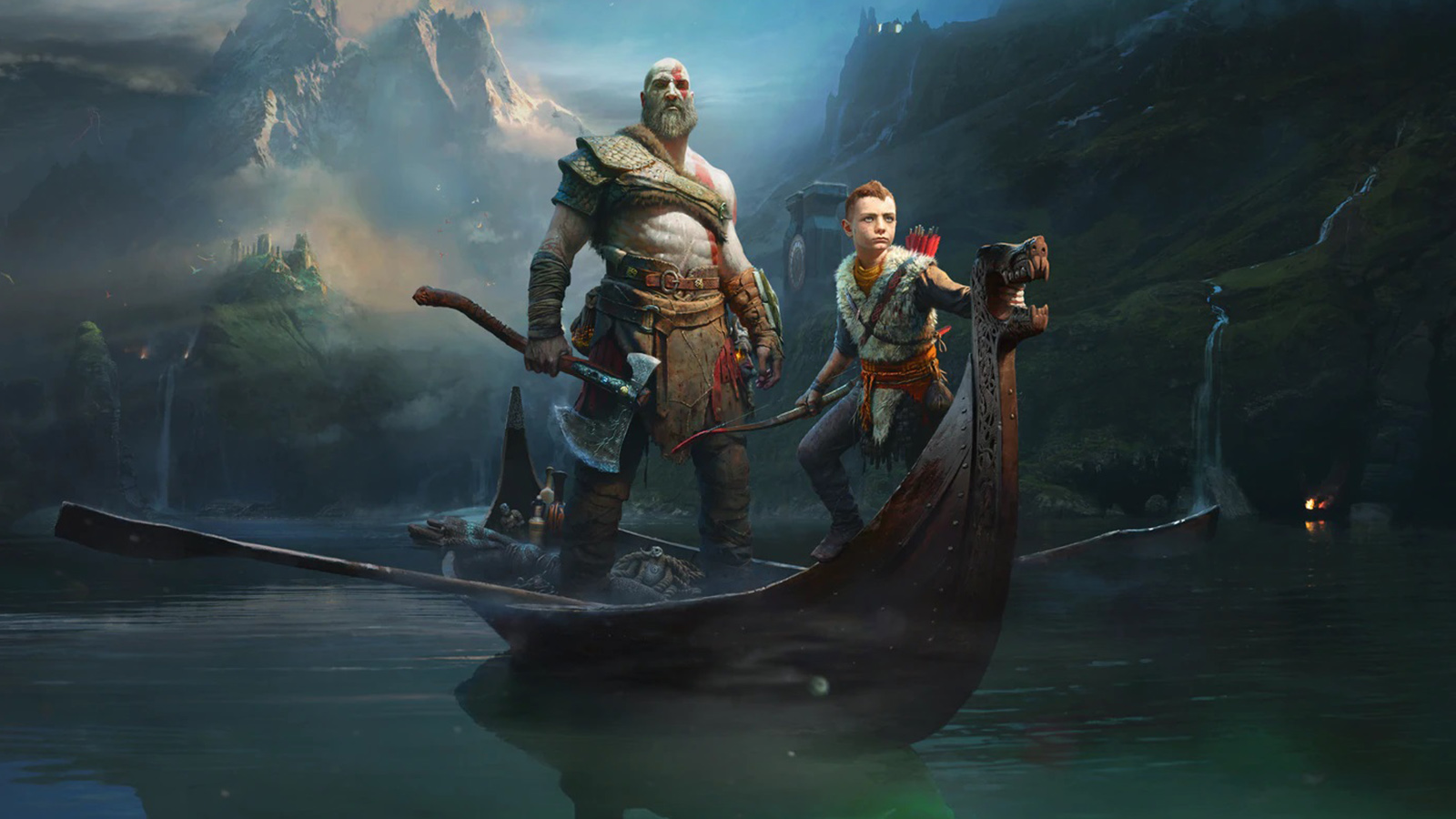 God of War is the title responsible for revitalizing the acclaimed franchise and showing the world a new side of the Ghost of Sparta. The game was first released in 2018 and won several awards, including Game of the Year on The Game Awards. On it, we take control of a Kratos, years after the fall of the Olympian Gods, as he fights to leave his past filled with blood, tragedy, and rage behind and to be a worthy father and mentor to his son, as they set on fulfilling his late wife’s final wish.

All the games in the God of War series are available to subscribers of the PlayStation Now service, so you can play through the whole saga as you wait for the release of God of War Ragnarok. 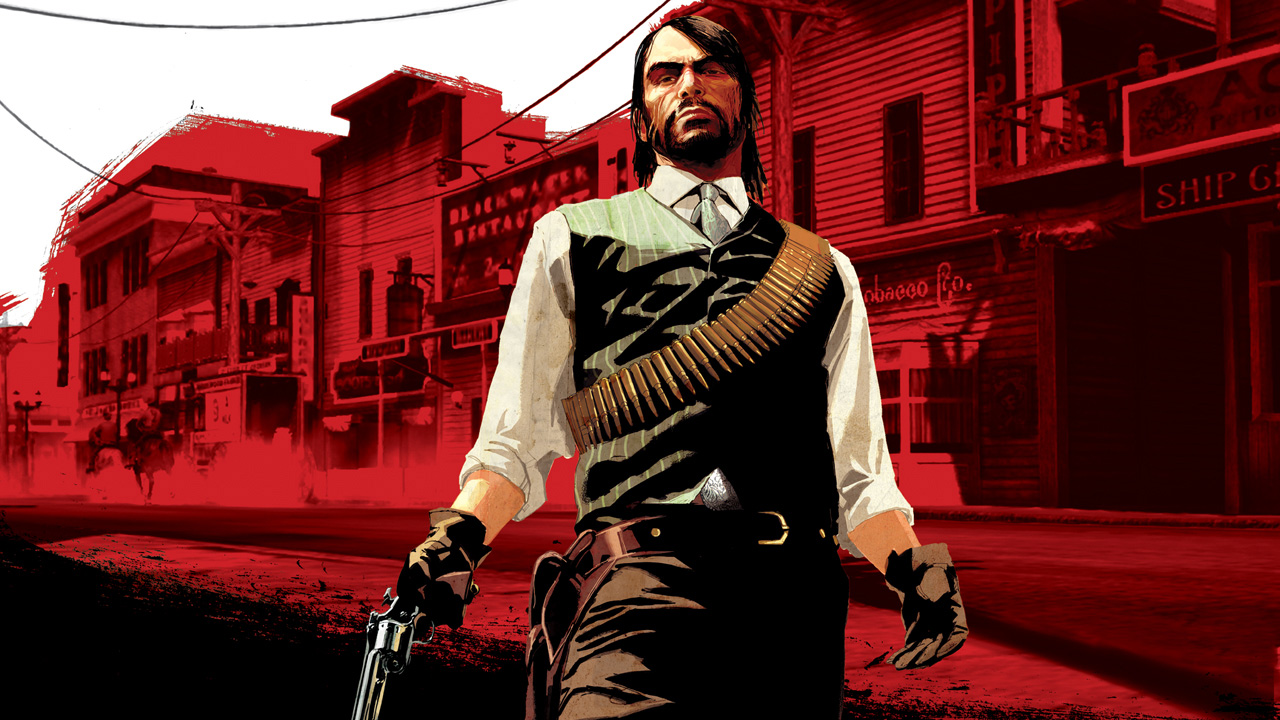 Originally released in 2010, Red Dead Redemption is both the first title in the series and the spiritual successor of 2004’s Red Dead Revolver. The game takes place in 1911 and puts players in the boots of former outlaw John Marston, as he is forced to ride across America and find his former gang partners in exchange for his family’s safety. The game set place years after the end of 2018’s Red Dead Redemption 2 and is considered one of the best titles of the PS3/Xbox-360 generation. 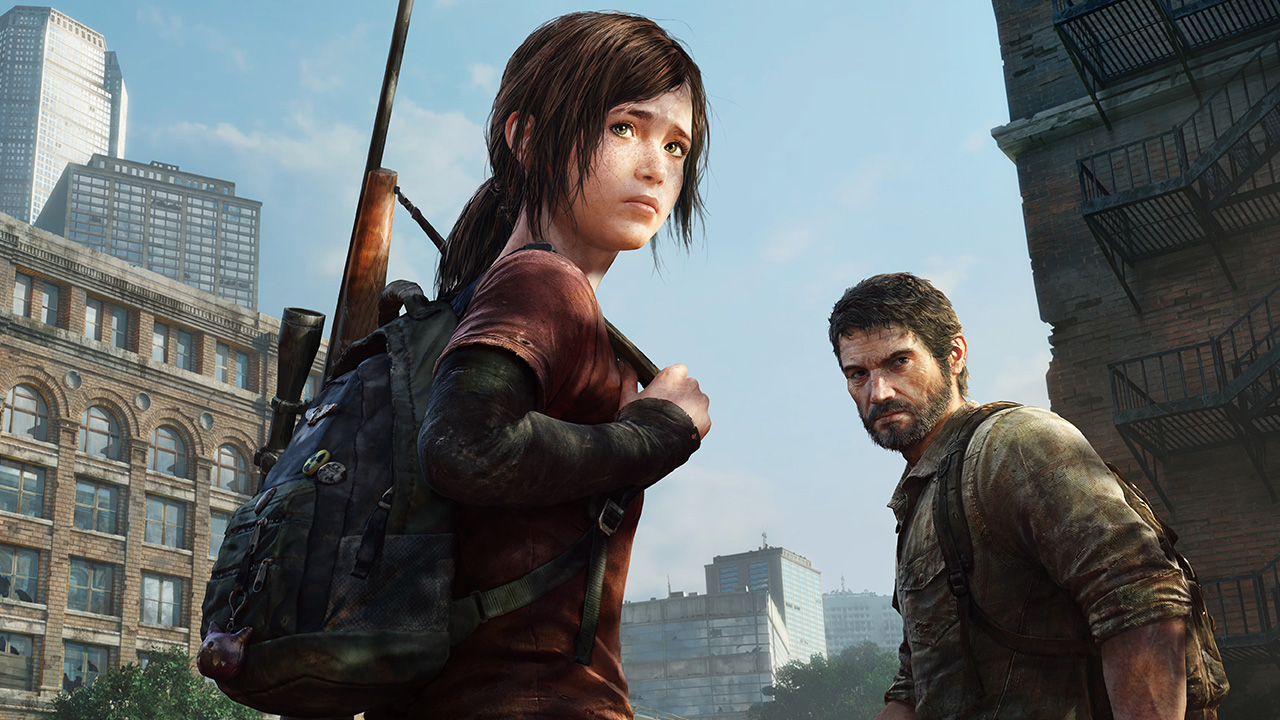 There’s not much that needs to be said about The Last of Us, only that the title, released by Naughty Dog in 2013, is one of the best games ever made, as well as the one responsible for single handling changing the whole scenery, thanks to its world-building and deeply personal story.

In the game, set in the United States, years after the appearance of a fungal-based, brain-altering pandemic responsible for killing 60% of the human population, players take on the role of Joel Miller, a smuggler, as he is asked to take care of Ellie, a 14-year-old girl who may be the key to finding a cure for the infection. Its acclaimed sequel, The Last of Us Part 2 is also available as part of the service until January 3rd, 2022. 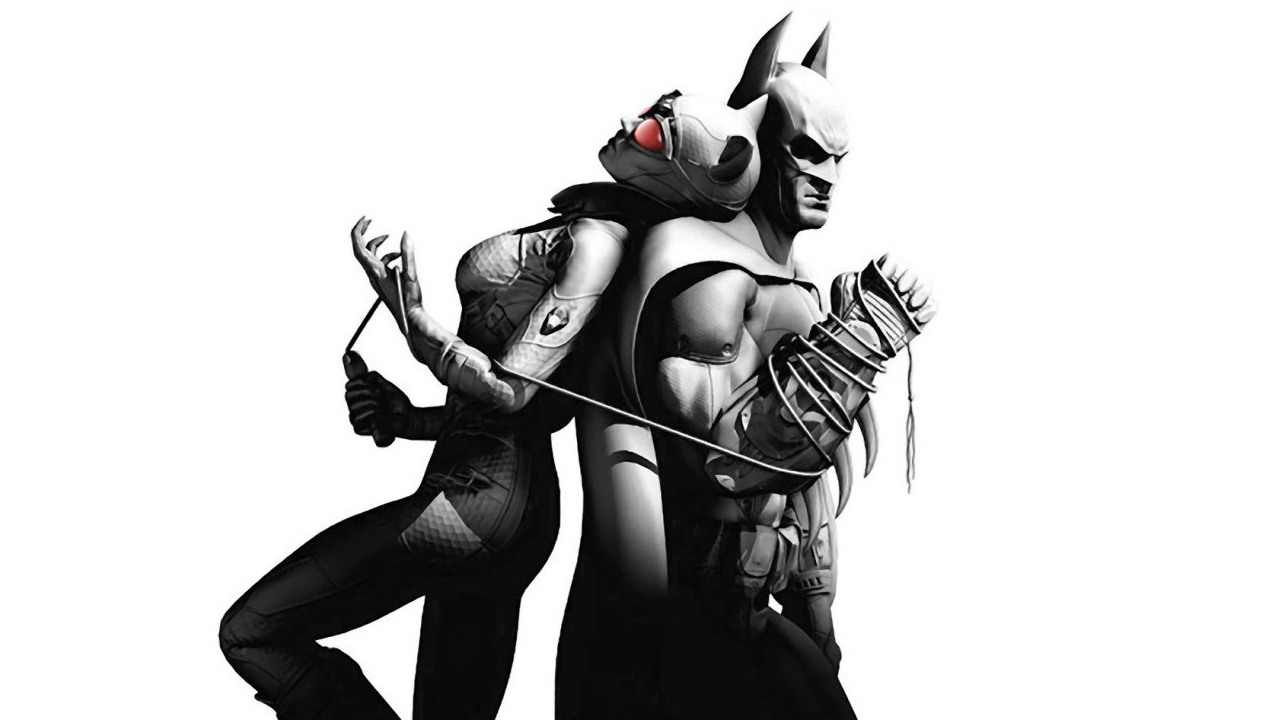 The definitive Batman game, Rocksteady Studios’ Batman: Arkham City is considered by many as the best game of its genre, even 10 years after its release. The game, a direct sequel to 2009’s Batman: Arkham Asylum, takes players to Arkham City, a mega-prison housing some of Gotham’s most dangerous criminals, as they must glide, investigate, and uncover the truth hidden inside its walls. The game features all the elements which made Arkham Asylum a success and improves upon them, delivering the best all-around experience in the acclaimed franchise, even when compared to both Arkham Origins and Knight. 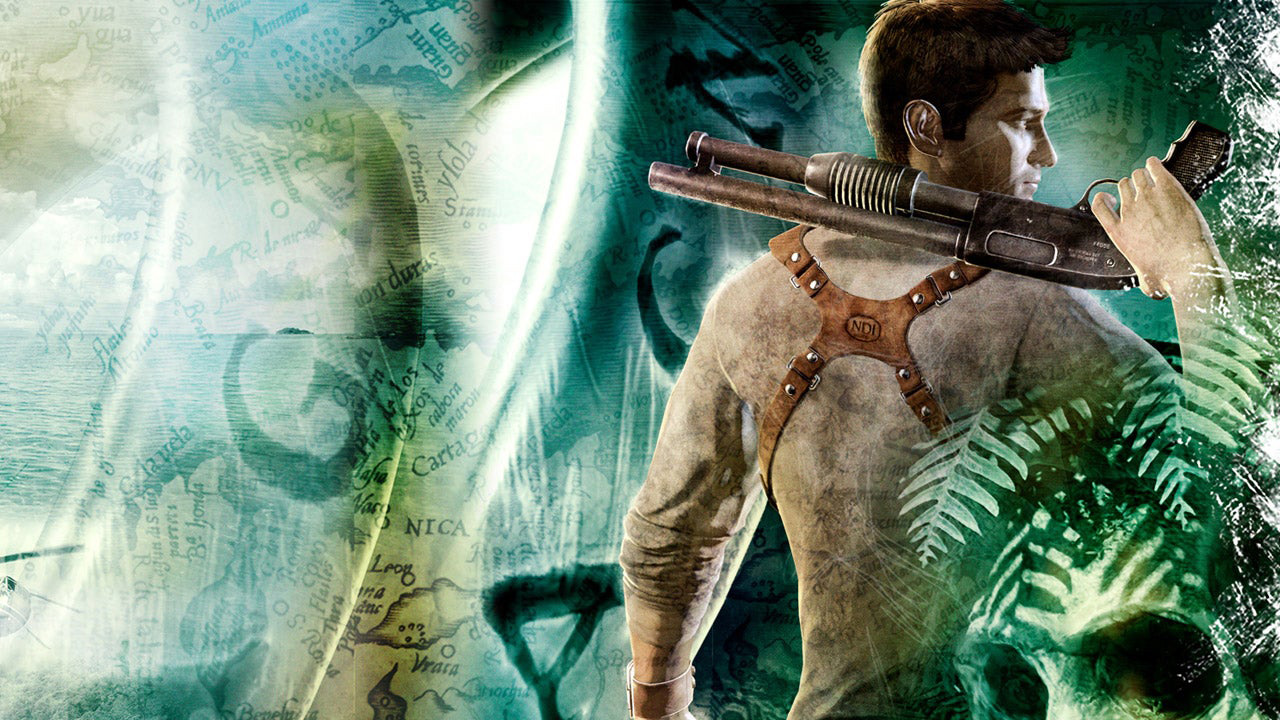 The game responsible for introducing players all around the world to Nathan Drake, Victor Sullivan, Elena Fisher, and the acclaimed Uncharted franchise. Uncharted: Drake’s Fortune was first released in 2007 and features everything that makes the Uncharted franchise unique, its core gameplay, focused on exploration, a story filled with heart, charismatic characters, and plenty of cinematic moments.

Apart from Drake’s Fortune, both its sequel, Uncharted 2: Among Thieves, and Uncharted 3: Drake’s Deception – Game of the Year Edition, are also among the games available to PlayStation Now subscribers. 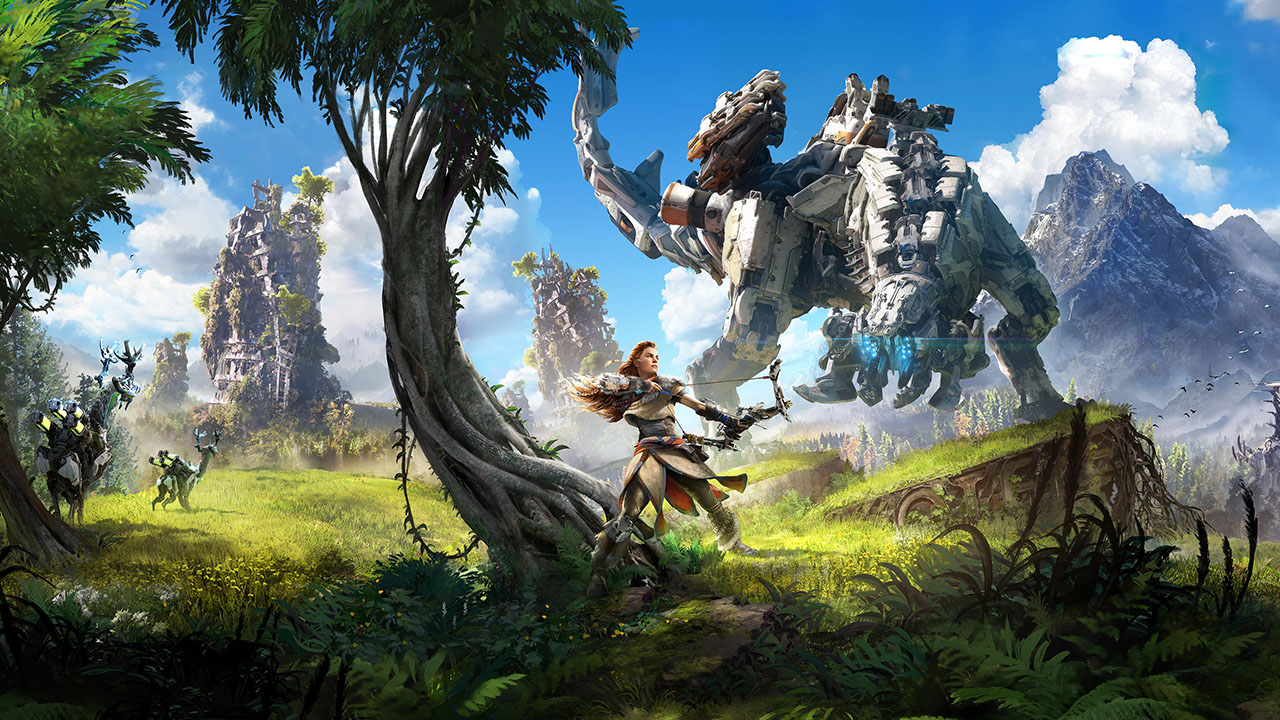 In Guerrilla Games’ Horizon Zero Dawn, an RPG set on an Earth now dominated by machines, players take on the role of Aloy, a young hunter and outcast, as she fights deadly creatures and explores a vivid world in search of both her past and her destiny. Horizon Zero Dawn became one of the most successful and acclaimed titles of the PS4 generation thanks to its compelling story, vivid world, and combat system, which gives players the freedom to take on its challenges in a wide variety of ways.

A sequel to the game called Horizon Forbidden West will be released on February 18, 2022, which makes now the perfect time to meet Aloy and the world of Horizon Zero Dawn. 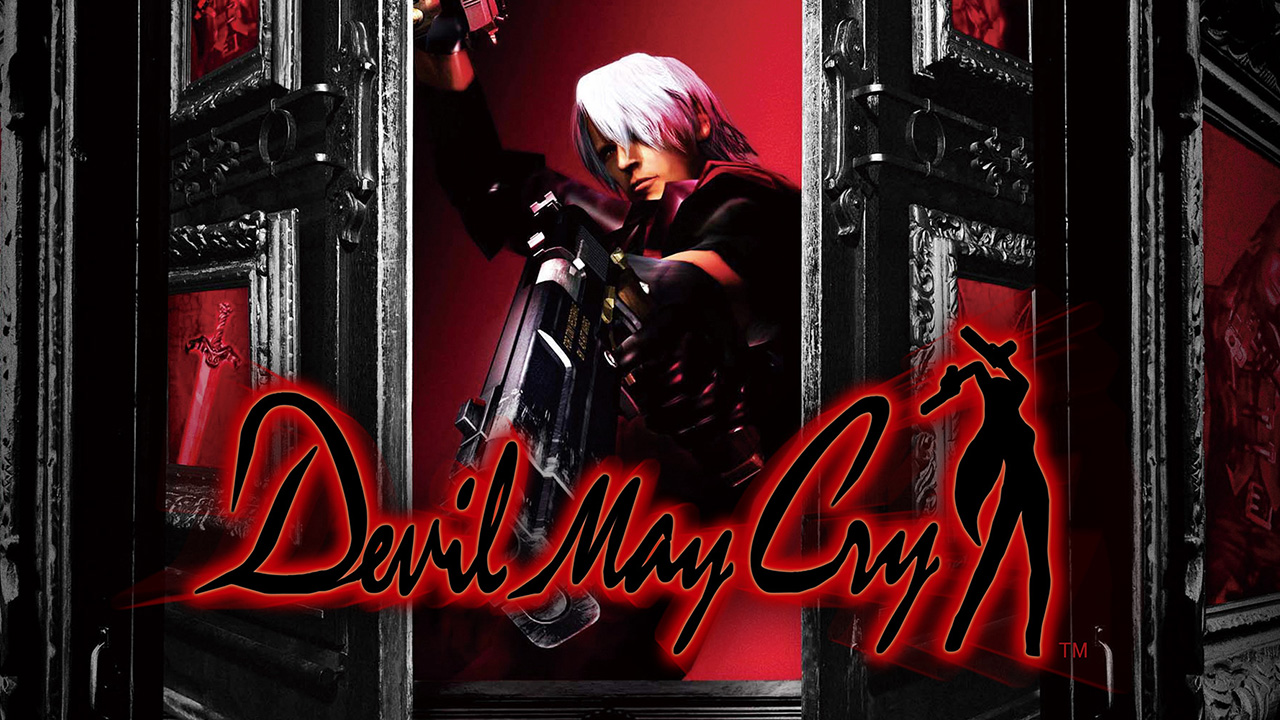 The first game in the acclaimed hack and slash series, famous for its fast-paced and stylish combat style, Devil May Cry is also the game responsible for introducing the world to the Demon Hunter Dante, one of the most well-known as beloved characters in gaming. Devil May Cry features the first iteration of the series famous combat system as well as some of its most challenging boss battles, all paired up with the series now characteristic soundtrack, made to bring the action up to 11.

You can subscribe to PlayStation Now right now for $9.99 a month. 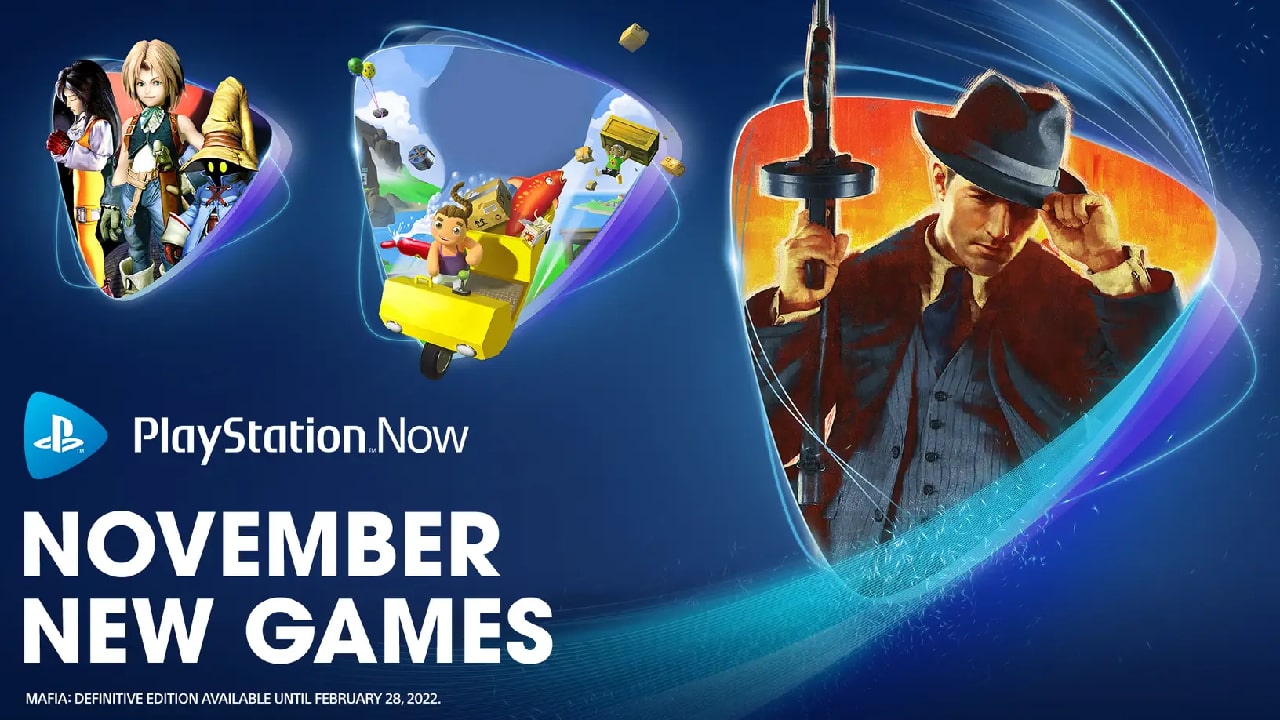 PlayStation Now November 2021 Lineup: Mafia Definitive Edition, Final Fantasy IX, and More From mobsters to movers and adventures in the Mist Continent
Attack of the Fanboy 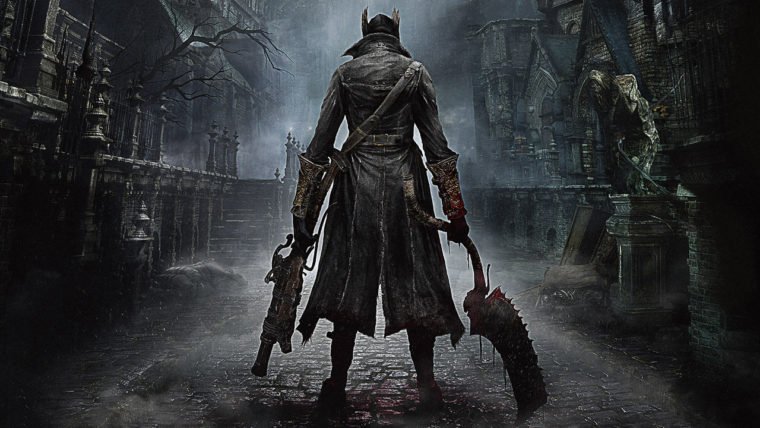