A Plague Tale: Requiem – How to Equip Different Flowers for Your Head

Time to get busy gathering flowers! 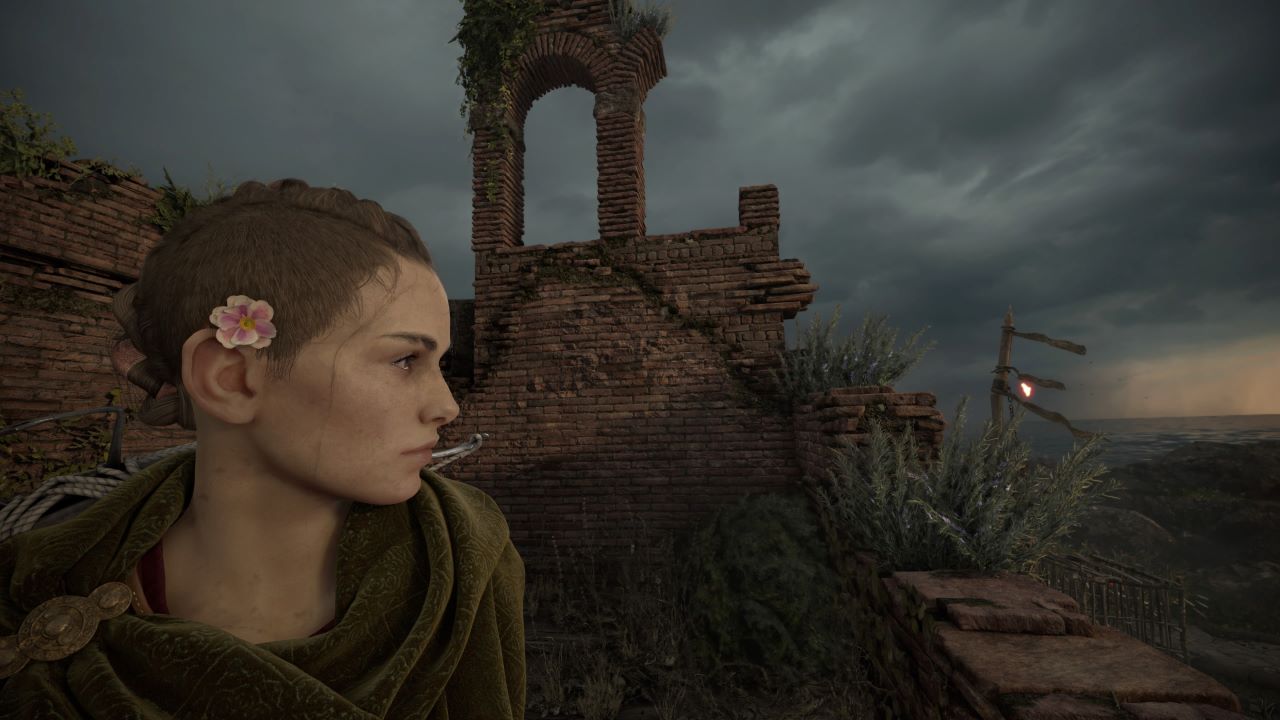 There are an abundance of excellent mechanics nestled within A Plague Tale: Requiem and one of these is the ability to equip different flowers for your head. It is a really nice subtle customization detail that ensures you are getting the chance to express yourself in more ways to establish yourself as the rat-avoiding queen. Before you work out how to open locked containers, why not do so in style with equipable flowers? This article will take you through how to equip different flowers in A Plague Tale: Requiem.

Equipping Different Flowers for Amicia in A Plague Tale: Requiem

In order to equip different flowers, you will need to find at least two flowers which will allow you to switch between certain ones. The first flower that you’ll be able to get is in Chapter Two. However, you will then also be able to get a second flower in Chapter 3 which hangs from a tree outside the herbalist’s shop. When you have multiple flowers, all you have to do is open your inventory screen and head to the ‘Codex’ section of the menus.

Within there you will find the ‘Hugo’s Herbarium’ area. You can hover over any of the flowers and then select them to equip that flower. Now you will be able to change between whatever flowers you’d like for Amicia. There is a similar system for later in the game when feathers can be worn by Hugo. Overall, it is nice to make sure you are always keeping a lookout for any hidden collectibles scattered around the game. There are quite a number of collectibles so you will generally be finding them commonly every so often. Time to get back to working out how to solve crank puzzles and more with this new gained style.

Attack of the Fanboy / GAME GUIDES / A Plague Tale: Requiem – How to Equip Different Flowers for Your Head