You Can Shield Slam Enemies in God of War Ragnarok, and That’s Just Scratching the Surface 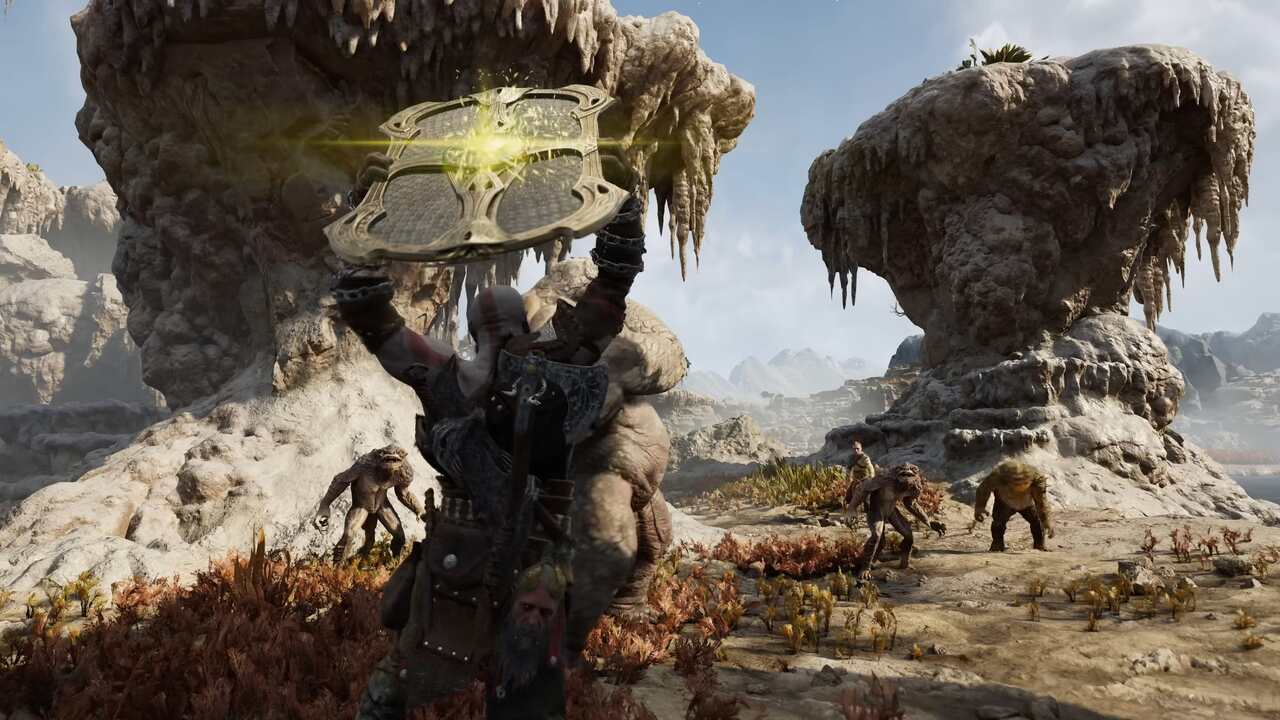 All Shields in God of War Ragnarok

In God of War Ragnarok, there are multiple new shields that offer more flexibility when it comes to combat. The two shields that have been revealed through gameplay trailers are the Dauntless Shield and the Stonewall Shield.

The Dauntless Shield sacrifices defense in exchange for a massive amount of stun on successful parries. It appears that if you hold up your block with the Dauntless Shield, you will get your block broken more often. However, if you are used to Darksouls games and are good at parrying, this shield is for you.

All New Combat Abilities in God of War Ragnarok

The three new combat abilities coming to God of War Ragnarok that we’ve seen so far are environment abilities, verticality attacks, and companion attacks. From the gameplay trailers, it appears that giant stone rocks can be thrown at enemies with the Blades of Chaos. Also, since there are many new traversal abilities, Kratos can jump from ledges and slam into enemies below with any weapon of his choosing.

Lastly, Atreus has grown and is a stronger warrior that can aid you in battle. Along with helping out with puzzles, Atreus will be able to charge enemies on his own and use some of his magic to fight back.

There is a lot to look forward to in God of War Ragnarok and combat is definitely something to get excited about.

Attack of the Fanboy / GAME GUIDES / You Can Shield Slam Enemies in God of War Ragnarok, and That’s Just Scratching the Surface