Dressed to kill or be killed. All the Halloween Outfits in Dead By Daylight

Dead By Daylight is a horror game at its core, which means Halloween is the time for it to shine. This year we are receiving six Halloween event skins with three survivor skins and three killer skins. Let’s go over the survivor skins first: 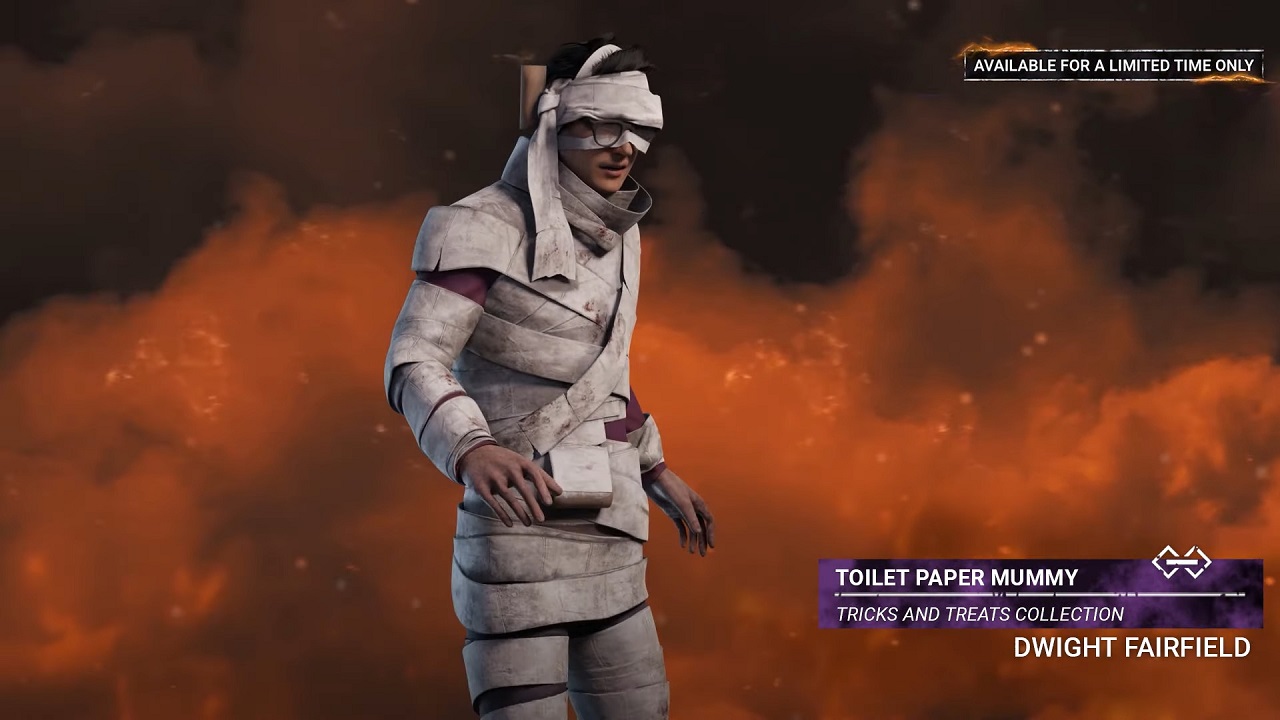 These three survivors are receiving new cosmetics this Halloween. You will have to buy the skins for Dwight and Jane, but the Kate skin can be earned for free through participation in the in-game Halloween event. Currently, it is not known how much each outfit will cost or how much you will need to work to get Kate’s outfit. But at least some of the top-tier survivors are receiving some love. Now let’s go over the new killer skins coming with the Halloween event. It’s nice to see an event outfit for one of the newest killers, especially since the outfit is a part of the Blighted skin line which is the most popular out of all the skin lines. However, you will need to pay for Wesker’s skin as well as The Oni’s skin. The Hag’s new skin will be unlocked through event progression just like Kate’s new skin. It is not known at the moment how much these skins will cost or how much event participation you will need to unlock the skins.

Alongside the new skins, we also have returning skins from last year’s Halloween event for The Doctor and Mikaela Reid that were highly sought after. These will also only be available through the store, but if you missed them this is the best chance to pick them up before they are gone again.

We will also be getting a new Tome which is packed to the brim with lore and cosmetics. The story this time will feature Mikaela Reid and Ghostface which is an odd pairing but it will be nice to get more backstory on these characters. The free version of the Tome will also feature two community-made skins. One for Yui Kimura and one for The Artist. Once the Halloween event for Dead By Daylight goes live you can be sure we will have plenty of coverage of it.