All Slime Types in Slime Rancher 2

Time to get busy learning about those Slimes! 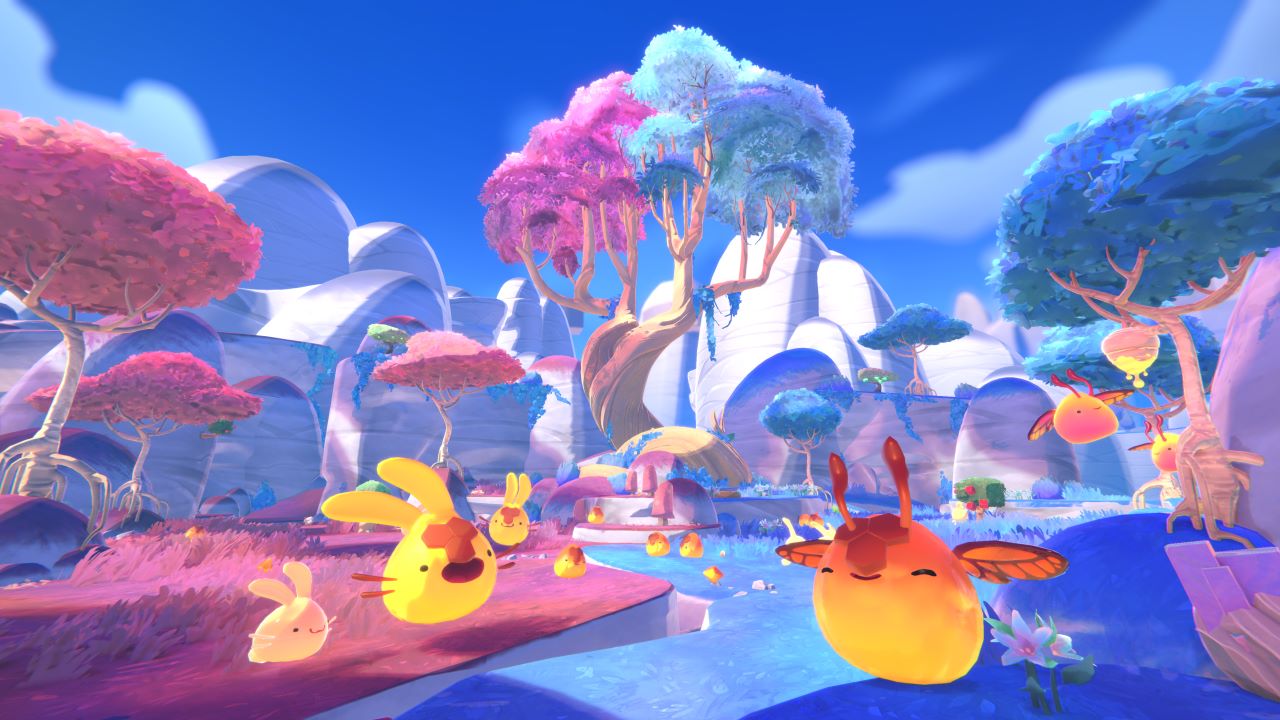 Slime Rancher 2 is living happily in players’ hearts as they unlock the Jetpack, venturing through lands filled with their favorite creatures around. Of course, there are quite a lot of Slimes hopping and flying around the place all the time. Many people will be wondering just how many of them there are and this guide article will have you covered in that regard. All of the Slime types in Slime Rancher 2 will be listed for you to peruse through and know exactly which you want to find.

Every Slime Type in Slime Rancher 2

There certainly are a lot of adorable slime types roaming around the immaculately vibrant world that they inhabit. Having a clear list of what each of the Slimes are actually called will assist you in your journey to making sure that you are encountering every one of them. Found below is a list of all the Slimes that you will be able to find in the experience.

As can be observed there is a brilliant range of Slimes on offer. Not only that but each of them has their own personality filled with interesting traits which keep every playthrough exciting, offering something fresh and adorable to watch over and over again. While you’re being the prime rancher of the world farming for Plorts, you can now go forward with the knowledge of every Slime you’ll be running into at one point or another in the game. Of course, there are five main new Slimes with the rest being the well-loved Slimes from the first installment of the series.

Slime Rancher 2 is available at this very second for Xbox Series X/S and PC.