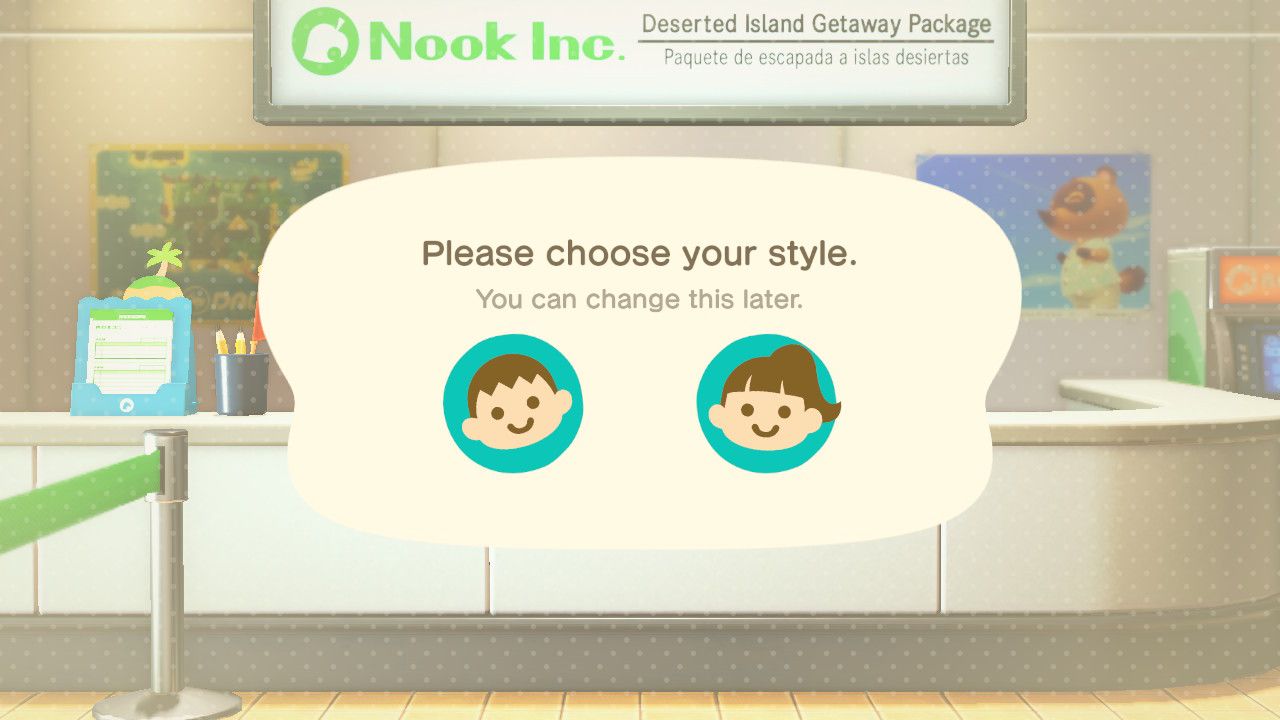 Most everybody is familiar with the Villager character from Animal Crossing, whether it’s from the games themselves or even just Super Smash Bros. since his introduction on the Wii U and 3DS versions. While it is available as an alternate costume, the female variant of Villager is definitely not as well known to general gamers. However, Animal Crossing as a series is a huge series for both males and females alike, allowing you to pick your gender in the form of a style at the beginning. The question though is can you change your gender after you get started in Animal Crossing: New Horizons?

Can You Change Gender?

Before you start creating your character, you will prompted to select a Style for your Villager. This is the game’s version of choosing the gender for your character, with the typical Male and Female Villager the series typically offers. The game doesn’t define you to one actual gender though, letting you select any of the hairstyles for your chosen Style if you would like as well, which makes the game truly for everyone.

The mirror is quite important in Animal Crossing: New Horizons, as it is how you can change pretty much everything that’s possible about your character, from changing your hair to changing your actual Style. The mirror is not something that you can just buy though, so you might want to chec out this guide for some tips on how to acquire it. Once you have the mirror in your possession, you can place it and use it to change your Style anytime in the game.