The special item is available in Nook Shopping now 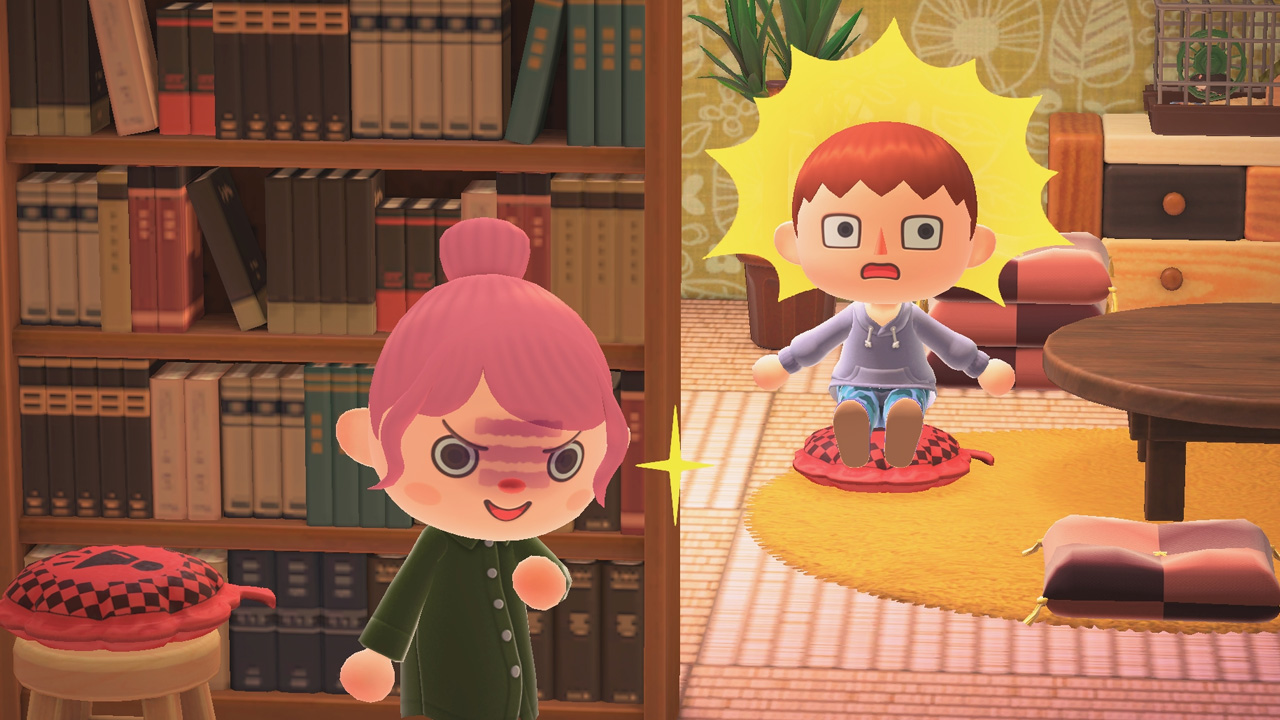 Animal Crossing: New Horizons previously announced the April Fools Day event on April 1. Isabelle, the spokes-animal in charge of the account, also announced that a new item would be added to Nook Shopping.

Starting today, March 26, players can pick up the “Whoopie Cushion” seasonal item within the Nook Shopping service. The item costs 400 Bells will be available until April 1, giving players around one week to make their purchase. Remember that items purchased through the service will not arrive until the next day in your mailbox.

The Whoopee cushion will be sold every day, but only one color will be offered at a time. Players can purchase Red, Green, and Yellow. The comical item can be placed on the ground and then sat on for an amusing noise.

Nook Shopping is accessible either within the kiosk in the Residential Services building or with the Nook Phone Nook Shopping add-on. All of the variations are sold through the “Seasonal” tab. 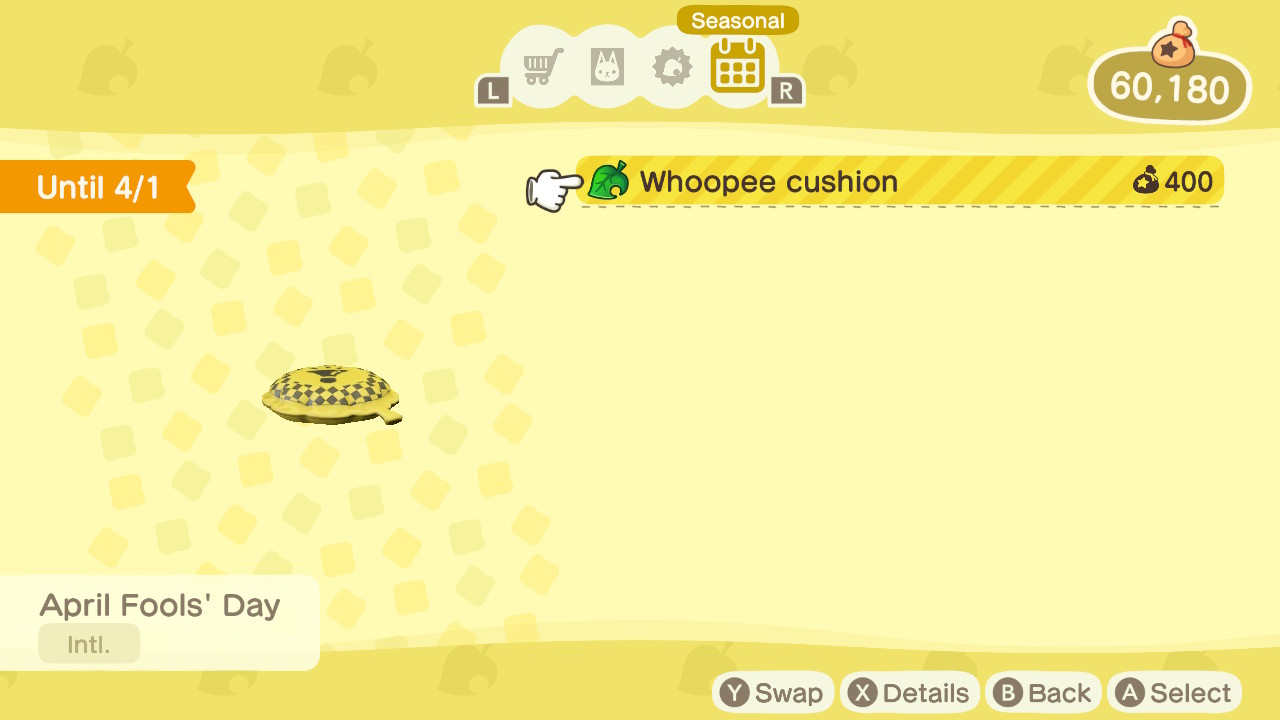 Is there an April Fools Day 2021 event in Animal Crossing: New Horizons?

Unfortunately, this appears to be the only way Animal Crossing: New Horizons is celebrating April Fools Day in 2021. Players may remember that there was no in-game April Fools Day event in 2020, but the game was only just released at that point.

In Animal Crossing: New Leaf, players may remember meeting Bianca in the town square to start the event. She would visit each villager’s house, and players had to find the imposter. Players could earn a villager’s photo at the end, including Bianca’s.

Players can purchase a Whoopie Cushion in Nook Shopping until April 1. The next special items that will be available are Prom Night themed until April 30.