Assassin’s Creed Valhalla: How to Unlock the Armory and Loadouts

Show off your gear and swap loadouts on the fly. 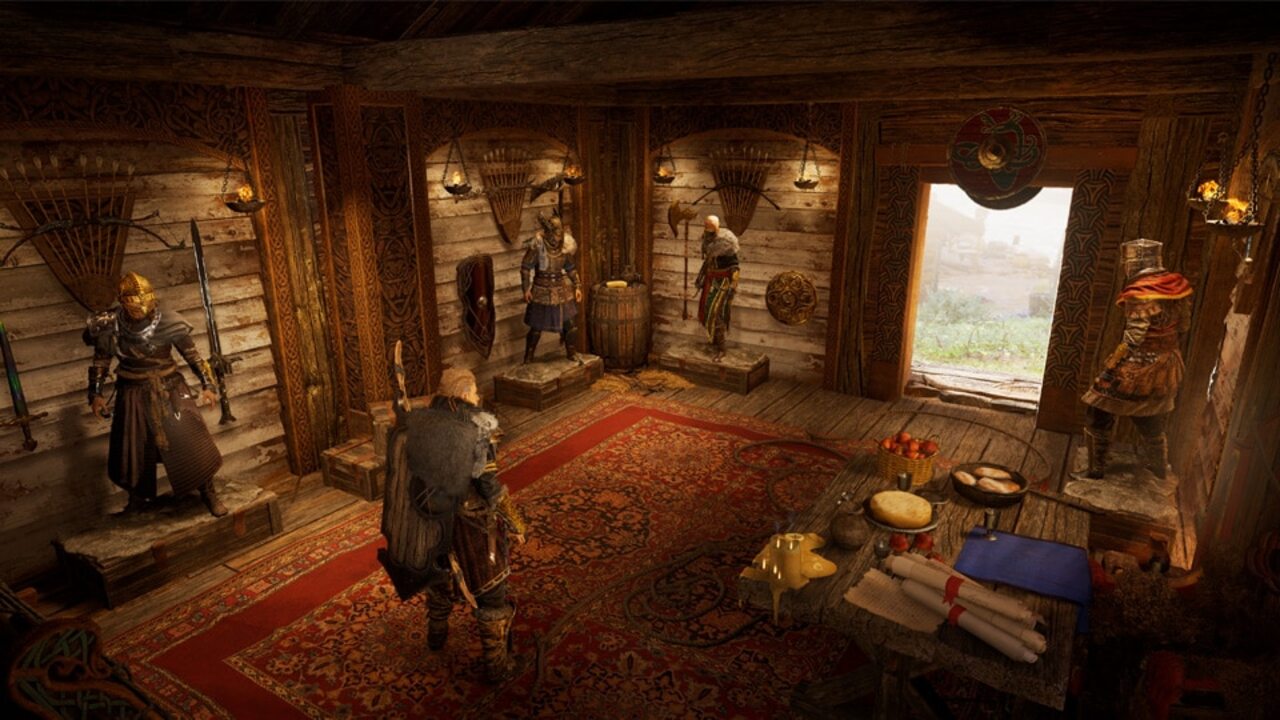 The latest update for Assassin’s Creed Valhalla has added an unlockable armory to Ravensthorpe, allowing players to swap between gear loadouts on the fly while exploring. You won’t be able to access this building at the beginning of the game though, so you’ll need to level up your home settlement quite a bit before you can construct it. Once built, however, it will unlock the new loadouts feature that allows you to create gear sets for different occasions. You’ll only start out with a few of them, but you can earn up to 5 eventually. Here’s how to get the armory and loadouts in Assassin’s Creed Valhalla.

How to Unlock the Armory in Assassin’s Creed Valhalla

To unlock the armory, you must level up the Ravensthorpe settlement to level 3. Once your settlement has reached the right level, you can build the armory on an available plot of land. The armory requires foreign cargo to build, however, and this can only be acquired from river raids.

If you’re unfamiliar with river raids, they’re a replayable series of monastery raids that you can access from the docks at Raventhorpe. The latest update adds new gear and rewards to river raids as well, so it’s worth checking out to acquire foreign cargo.

Once you unlock the armory you will be able to display gear, weapons, and armor inside. When you first construct the armory, you will initially only be able to use two loadout slots. Upgrading the armory four times will unlock the remaining slots. How to Swap Loadouts

Once you have unlocked loadouts by building the armory in Ravensthorpe, you can change loadouts from the inventory menu. After the update, there will be a new loadouts section with numbers to the left of your equipment. You can save your currently equipped gear to any of the five loadout slots and then quickly change between them at any time once they’re unlocked.

This feature allows you to change weapons and armor on the fly, adjusting to situations as needed. If you have one gear set that’s perfect for stealth and another that’s great for raiding, now you can seamlessly swap between them when needed. Remember, you only get access to two loadout slots at the beginning, but you can get up to five by upgrading the armory.

Attack of the Fanboy / GAME GUIDES / Assassin’s Creed Valhalla: How to Unlock the Armory and Loadouts