Sometimes it's good to head back to basics. 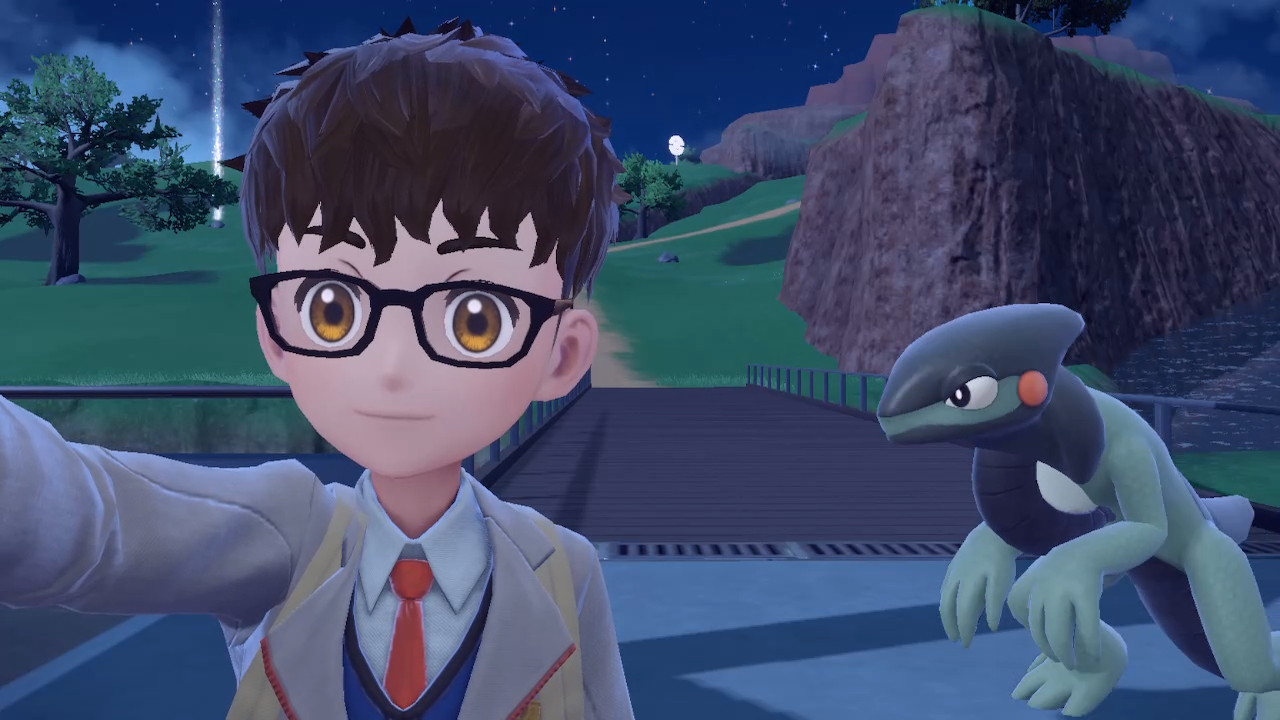 Pokemon Scarlet and Violet may introduce one of the largest additions to the Pokemon roster in generations, but it also doesn’t overlook some of the series’ most approachable creatures. This includes old options from as far back as Generation I and II, mixed in with some of Generation IX in Scarlet and Violet, notably in the form of Normal Type Pokemon. Normal Types are not always as exciting at a glance, but they boast some crazy Pokemon with attacks resisted by very few in the games and can be truly worthwhile to consider.

Who Are the Best Normal Type Pokemon in Scarlet and Violet?

Normal Type Pokemon might be easy to dismiss as a boring category, but some of the best moves in any Pokemon game including Scarlet and Violet are Normal. The 2 most powerful offensive moves are Normal, meaning only Pokemon of this Type get the Same Type Attack Bonus (STAB) when using them. Getting STAB on Explosion, Boomburst, Fake Out, Extreme Speed, and more can be vital.

That being said, Normal Type Pokemon are often either fast or incredibly bulky, boasting high base HP, occasionally good Special Defense, and can pack a punch in a fight. The best Normal Type Pokemon in Scarlet and Violet are listed below, in no particular order:

Farigiraf is an interesting new addition to Scarlet and Violet, a Normal-Psychic Type with strong HP and bulk and a reasonable Special Attack stat. What makes this Pokemon interesting is the new ‘Cud Chew’ Ability, shared only with Paldean Tauros. Cud Chew allows this Pokemon to eat a held berry item as it normally would such as after taking damage, but this Ability also enables Farigiraf to eat the berry again the next turn. This can accommodate some strong stat boosts such as repeated Calm Mind uses, boosting your Special Attack and Defense immensely to gear up for a sweep. Farigiraf’s base stats are below:

Farigiraf benefits from a surprisingly deep move pool, enabling some experimentation to find your right fit. Having a Sitrus Berry along with Cud Chew allows Farigiraf to survive long enough to build up some mighty power before unleashing some deadly hits of its own. With access to moves like STAB Hyper Voice, Psychic, or Psyshock, and Tera Blast boosted by Calm Mind, Farigiraf has the bulk Girafarig needed if falling short with its Speed.

A Generation II classic, Blissey is Chansey’s evolution and is the ultimate bulky, adorable monster. There is not a single Pokemon with a higher base HP than Blissey, with even gods among the legendary Pokemon falling dozens short. Blissey’s sky-high Special Defense also makes it an infuriating opponent, feeling like a bulky White Mage with all of its resistance to special attacks and healing abilities. Blissey’s base stats are below:

Blissey is slow and has some of the most pitiful Attack and Defense in the game. But look at that 255 Base HP, and you’ll see that oftentimes, that’s not enough to deter players from using this absolute unit of a Pokemon. Access to ‘Natural Cure’ adds to its infuriating bulk in that it can shrug off Toxic or Thunder Wave just by switching out, making this Pokemon highly useful for tactical retreats and absorbing heavy blows. It can also use Soft-Boiled for self-heal, dish out some statuses of its own with Thunder Wave, and even throw down with some Seismic Toss, despite seemingly no access to Toxic of its own anymore.

Oranguru is an interesting beast just because it’s so viable in Doubles, while being reasonably useful in Singles as well. A dual Psychic-Normal Typing allows Oranguru to combat Normal’s classic single weakness, Fighting Types, while adding Bug and Dark to its list of fears, but dodging Ghost attacks. There are good and bad to this Pokemon, but at its best, with ‘Telepathy’ as an awesome ability that truly shines in Doubles, Oranguru can be a standout support and Dual Screen user. Telepathy is an Ability Oranguru can have which allows it to dodge field-wide attacks like Earthquake or Surf, on top of Oranguru being surprisingly tanky. Oranguru’s base stats are below:

Oranguru’s most interesting move is Instruct, a signature move that allows you to target another Pokemon to immediately use the move they just used. This can be extraordinary in Doubles, allowing Oranguru to set up with Light Screen and/or Reflect before shredding the opponents while not taking any of the damage from moves that otherwise affect adjacent Pokemon. Oranguru is the type of Pokemon made best for Doubles, making for interesting combos in the competitive scene.

We’ve had all our fun dunking on Dunsparce, one of the silliest, most joke worthy Pokemon of all time. But Scarlet and Violet created a new evolution, Dudunsparce, and despite an asinine name, this Pokemon can be hilariously fun to use. It has decent bulk, and despite disappointing Speed, you can build into that and invest as little as possible to make for a decent Trick Room team. The ‘Serene Grace’ Ability, aptly put onto this majestic land snake, allows Dudunsparce to also have double the chance of inflicting secondary effects of its moves, including stat changes or even flinching. Dudunsparce’s base stats are below:

Dudunsparce has a bundle of tricks up its sleeve, and access to great moves with STAB. Body Slam to inflict potential paralysis, and moves like Air Slash, which normally has a 30% chance to make Pokemon flinch, will get a 60% chance due to Serene Grace. This is known as ‘paraflinching’ and is potentially regarded as dirty and not very sporting since it can stunlock your opponent into ragequitting but…sometimes it’s the name of the game. Hyper Drill, its signature move, is also highly suggested, being able to break through Protect, Zen Headbutt offers coverage against Fighting Types, and Curse helps build additional defenses.

Grafaiai is fast and tricky to nail down, a great example of Pokemon with the ‘Prankster’ Ability that is new to Scarlet and Violet, with the unique Normal-Poison Type. Grafaiai will not be your tankiest Pokemon by any stretch but serves several purposes, including having a natural Type combination that makes it a natural counter to Flutter Mane. Grafaiai’s base stats are the following:

Prankster is an Ability that allows priority for status moves, meaning moves like Toxic, Taunt, Encore, and Parting Shot can be used potentially before even the fastest Pokemon have a chance to act. You can use this to inflict Parting Shot on a potential sweeper to soften the blow and switch into either a tank or an offensive Pokemon that can shrug off the attacks you’re predicting. Moves like Gunk Shot and Knock Off are also highly worthwhile to consider, poisoning and removing items from your opponents.

Cyclizar is the modern-day middle ground between Koraidon and Miraidon. Cyclizar is an interesting Normal-Dragon Type introduced in Scarlet and Violet. Cyclizar has some great base stats that allow it longevity and the ability to eliminate entry hazards, and the wonderful ‘Regenerator’ Ability, allowing it to regain 33% of its max HP upon switching out. Cyclizar’s base stats are the following:

Cyclizar isn’t the strongest physical or special presence but has access to STAB Rapid Spin and Ice Spinner, being able to outspeed Pokemon and remove hazards like Spikes or Stealth Rock. But its most noteworthy move is Shed Tail, allowing it to lose 50% of its max HP, switch out, and create a substitute for the Pokemon who switches in, providing a safe buffer and switch-in while recovering most of the lost HP with Regenerator. Heavy Duty Boots will also help in case you need to switch back in and not take damage from hazards before removing them.

Normal Type Pokemon still have their varying uses in Scarlet and Violet, and while they might not be as cool as some other types, they’re fascinating, versatile, and have amazing access to a variety of moves. Vanilla might not be the most exciting flavor, but it is a classic and constantly underrated, as is the Normal Type.