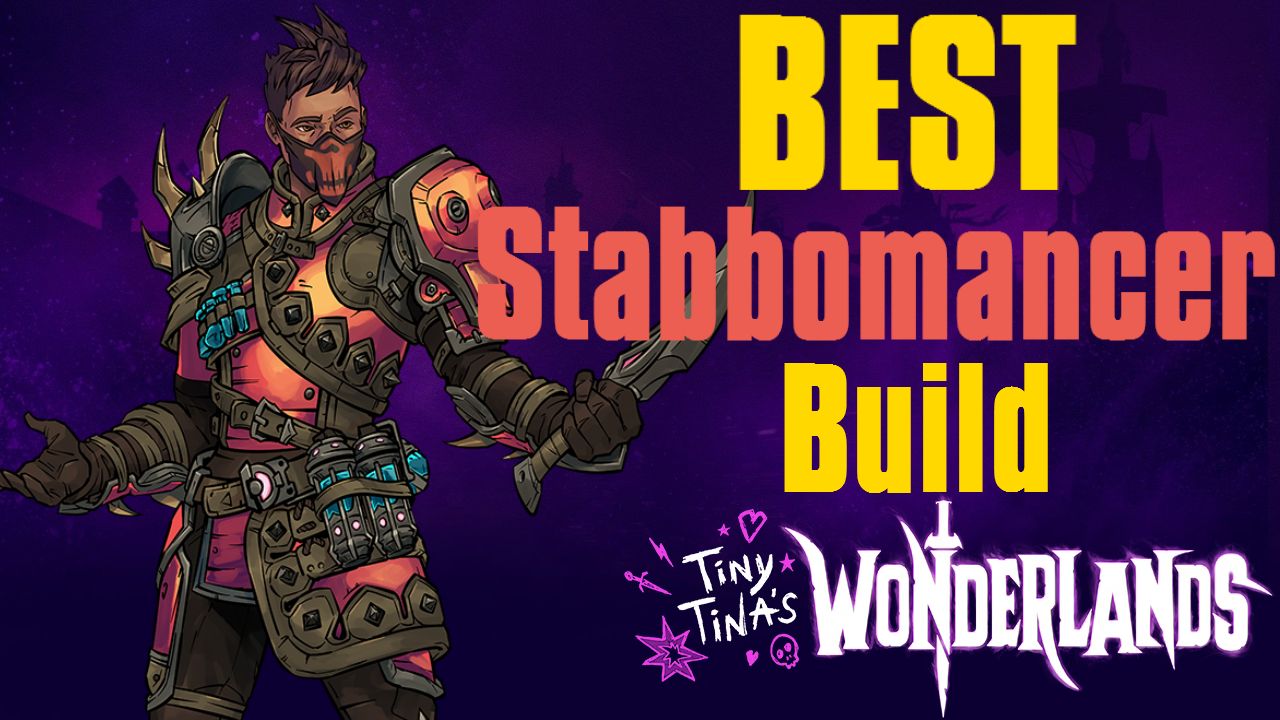 The Stabbomancer is a stealth and crit-based class in Wonderlands that can deal lots of damage with the right setup. Exploiting weak spots and dealing massive single target damage is the name of the game with this Fatemaker. Here, we’ll go over the best Stabbomancer build in Tiny Tina’s Wonderlands as well as what else you should use to become even more lethal.

For the purpose of this build, you’ll want to multiclass with the Spore Warden and use the following skills for the trees.

What this setup does is maximize critical damage and chance from gunplay. With the help of the extended mags and ammo regen from Quiver of Holding, you can essentially fire for longer periods of time against enemies. This combination works exceptionally well against bosses too, given that you’ll be reloading less.

You should also use weapons with large magazines. The larger the magazine on a weapon, the stronger the ammo regeneration is. For example, using a gun with 50 rounds in the mag will now put the gun at 65 ammo per mag. If it regenerates 3% ammo per second, you’re getting 2 bullets returned to the mag per second, allowing for greater sustained fire.

The strengths in this class lie hand-in-hand with how well your aim is too. Criticals are going to be immensely buffed here, so you should always try to hit them. Doing so will also proc the Executioner’s Blade capstone which does greatly increased damage based on the type of melee weapon you have. Using a weapon with high melee damage will really start to show crazy damage.

There are even some instances where you can take down multiple Badass enemies with one clip of a gun. The best skill to use to further enhance the critical abilities is the Barrage skill from the Spore Warden’s tree.

Multi-pellet weapons like the cryo-infused SMGs will be easier to hit criticals on enemies. While there isn’t much utility for survival here, that’s where the Mushroom Companion comes in to take some of the heat off you. You should note that he won’t be able to take too much before going down. So play at a more ranged distance.

Finally, allocate your Hero Points into Strength and Dexterity while putting the remainder into Intelligence and Attunement. Criticals will be greatly increased, and you’ll definitely feel the strength of your guns as you do so.