Bravely Default 2: Dish of the Day Side Quest Guide

Adelle is hungry, and the innkeeper needs butter to make her some "delicious" silversmelt. 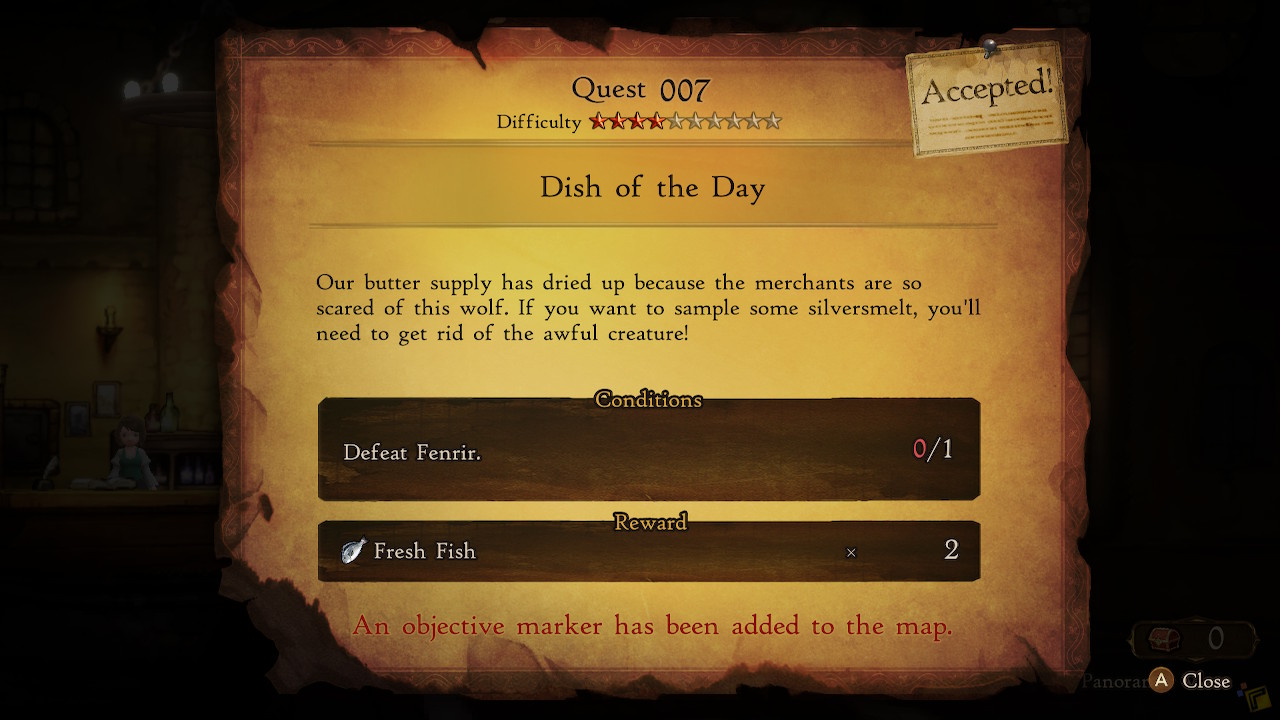 Bravely Default 2 has a bounty of side quests, such as the Dish of the Day quest in Halcyonia. Adelle has been talking with the innkeeper in Halcyonia, and now she wants to try some cooked silversmelt, but the innkeeper will need some butter to prepare it. Naturally, you’ll need to take down a massive wolf if you want to fulfill Adelle’s request.

Speak with Adelle in the inn to pick-up Dish of the Day, and after a cutscene you’ll be given the quest. The wolf, named Fenrir, can be found along the north road outside Halcyonia, and it’s a somewhat tough beastie to overcome. Killing a super-wolf is a lot of work for some butter, but you’ll get two Fresh Fish for your efforts. This is a 4-star difficulty quest by the way, so be sure to stop by the vendor before leaving town and refreshing your equipment and item stockpiles.

Fenrir is a side boss, meaning he doesn’t pull his claw swipes, so you’ll want to make sure your team is all around level 6, and their jobs are roughly level 3. Since Dish of the Day isn’t available until after you clear the Outlaw’s Hideout in the Prologue, you will have access to both the tanky Vanguard and healing White Mage jobs, which I recommend bringing into battle. While wolves in general hate daggers, Fenrir isn’t vulnerable to them. Instead, equip your Freelancer with a solid bow to maximize your attacks. 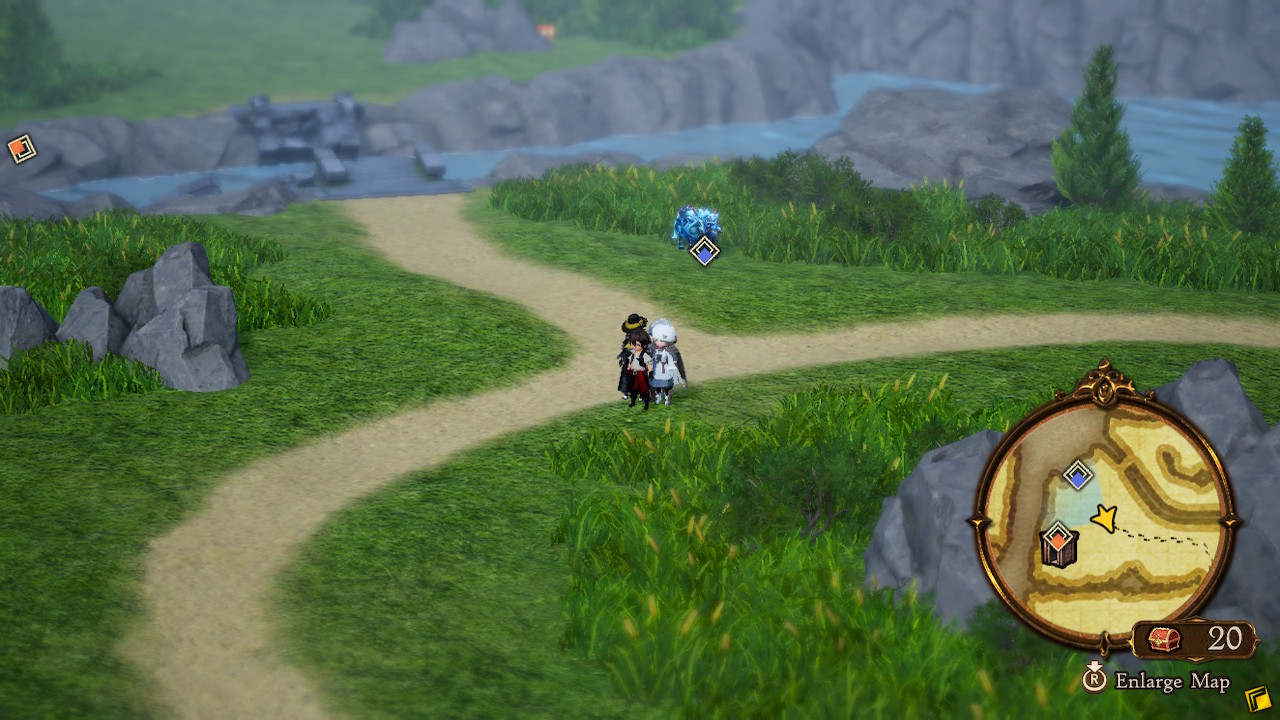 After leaving town follow the road until it forks north, then follow it up that way towards the Outlaws Hideout. If you have Double Dare you can pop in real quick to knock out that side quest, otherwise continue north along the road to find Fenrir (he is the glowing blue wolf: you can’t miss him). Be sure to save before starting the fight – you are in the field so you can freely save, and use a tent if needed.

Approach him to trigger a cutscene, followed by the fight required to complete Dish of the Day. To break the Fenrir fight in Bravely Default 2 down:

Once Fenrir is down a cutscene will play. Afterwards head back to Halcyonia and return to the innkeeper to watch one last cutscene and complete the Dish of the Day side quest in Bravely Default 2.