Bravely Default 2: How to Beat Glenn

See how you can defeat Glenn, the second optional Boss in the game. If Bravely Default 2 does one thing well, is giving us a plethora of new Jobs to find, all over its beautiful world. Most of the Job Asterisks can be found in a linear way by simply following the story, but there are some that you can actually miss if you don’t pay attention. Such is the case with Glenn, the owner of the Salve-Maker Asterisk, the second optional Job you can find in this JRPG. Glenn is kind of a break fight considering how tough the previous Boss fights were in Chapter 2, but still a tough nut to crack if you are not aware of his tricks. Let’s take a look below.

How to beat Glenn the Salve-Maker

Being an optional fight, Glenn can be completely ignored if you wish, but I wouldn’t suggest that at all. Salve-Maker is an extremely fun and interesting Job, and if we take in consideration the original entry in the series, Bravely Default, super-broken too, especially at end game. Glenn doesn’t take full advantage of this class’s capabilities, which is a good thing for you since things would be way harder if that was the case.

Being really obvious, Glenn has a lot of counters, to pretty much every action you take besides a few exceptions. Most notable is the Contagion debuff that he applies extremely easily to everyone. Therefore, first thing you need to have in this fight is a maxed out White Mage, in order to cure everyone with a single use of Basuna (White Mage’s 2nd Speciality turns single targeted healing spells into AOE). The White Mage of your group needs to keep healing every turn and remove the Contagion debuff whenever it is spread to the entire party.

Another thing you need to do, is to avoid using any kind of offensive spells to Glenn. If you do, he will be constantly be at max BP, easily leading to a team wipe. Not only that, but offensive physical abilities can be countered as well, Charming your characters in the process. Which again, can easily lead to a wipe. 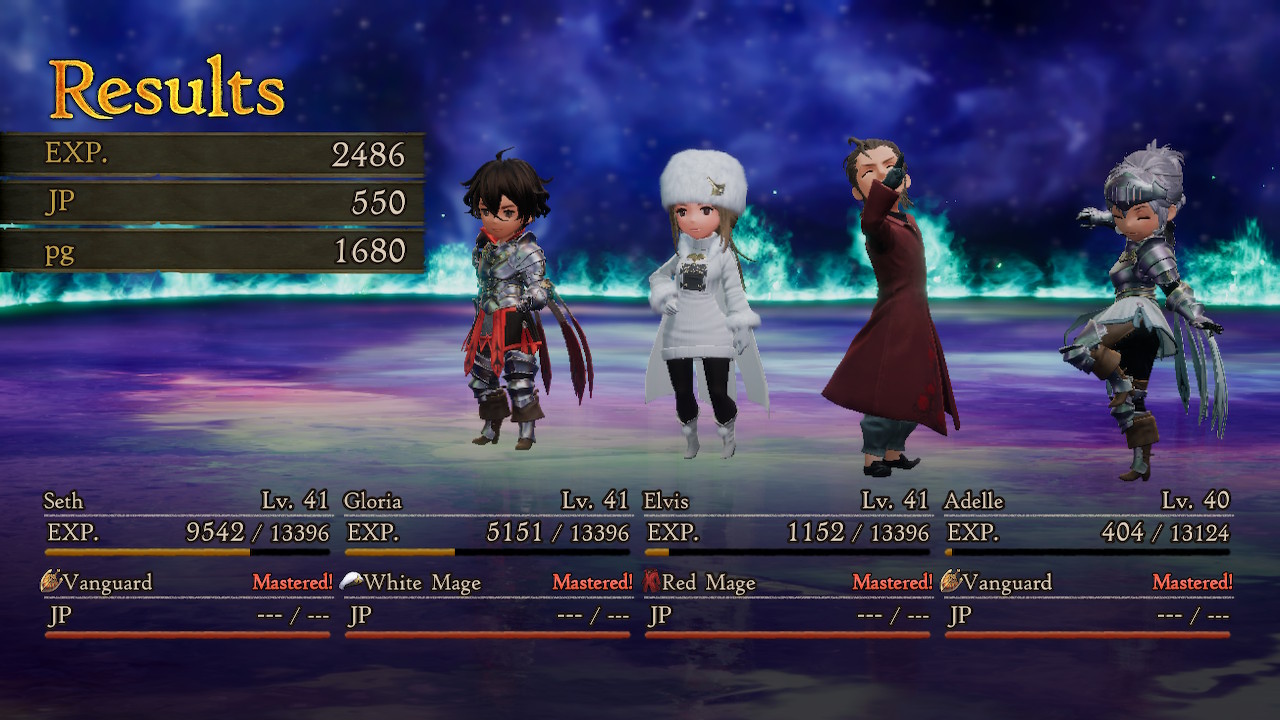 With all that said above, Glenn actually seems as a troublesome fight, but rest assured he isn’t at all. In fact, it’s one of the easiest you had in a while, if you are prepared before hand. The best method to use is a very simple one, and easy to to do if you grind a little. You need two physical attackers, a White Mage, and a filler. Those two attackers need only one thing to make things easy for you. Either having equipment that makes them immune to Charm, or the Berserker’s passive ability Unshakeable Will. This also makes them Immune to Charm, amongst other status ailments too. Additionally, you can equip the Counter-Savvy ability from Ranger’s tree, in order to render physical counters completely useless.

With your setup ready, you can go all-out to Glenn with constant attacks, or Brave for 1-2 turns and finish the fight in one go. Use either a Thief, since Glenn is vulnerable to Daggers, or any other physical attacker. In my case, I used 2 Vanguards/ Berserker, and used 2 Amped Strikes with each of them. I literally won the fight in one turn, completely trivializing the whole thing, but I was a bit overleveled indeed. Both were equipped with the passives I mentioned above, and were using Axes. Therefore, a Thief can easily achieve something similar, considering his weakness.

All in all, Glenn is nothing to worry about as long as you are equipped with the necessary tools. A refreshing break from the tough fights in the previous Chapter, so grab your Salve-Maker Asterisk and continue on with your journey.