Kill some Goblin Archers for a free bow. 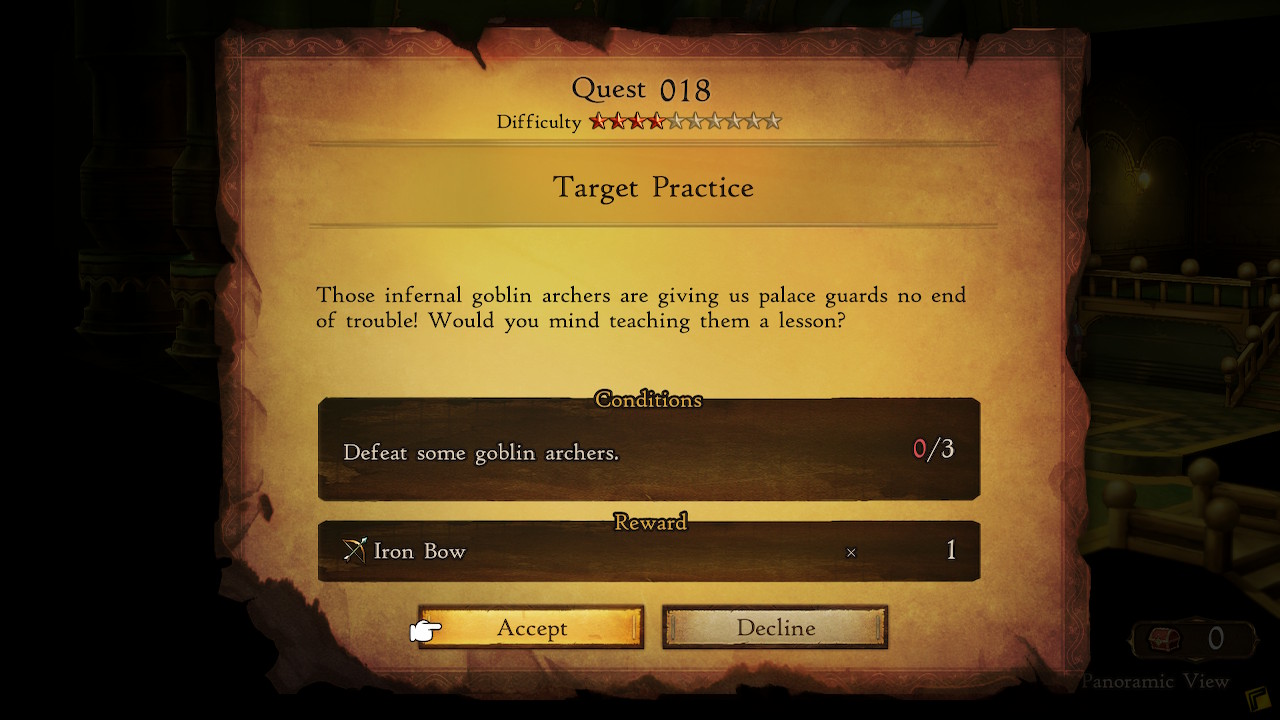 Goblin Archers are a real pain in Bravely Default 2, but they do make for some great Target Practice. This side quest becomes available after visiting the palace in Savalon for the first time in Chapter 1, and like Business to Be Getting on With in Halcyonia, Target Practice is a simple kill quest.

Onc of the palace guards in Savalon has had it with the Goblin Archers roaming outside the city, and they want you to help cull their numbers by slaying three. Target Practice is a 4-star difficulty quest, which should be standard difficulty for you at this point in the game (assuming you are on Normal and at least level 8, and Job level 4 or higher). You will earn an Iron Bow for completing the quest, which will come in handy once you unlock the Bard later on in the main story of Bravely Default 2.

Goblin Archers can be found roaming directly outside the city, especially within the canyon you ventured through to reach Savalon from the Vale of Sighs. Look for the Goblins patrolling the field and initiate combat, though the Orc Leaders and Fresh Folioles have a chance to spawn one or two. You only need to kill three Goblin Archers, not pull three packs, so you could get lucky and have a trio spawn in your first pull. If this quest shouldn’t take more than three pulls to finish.

Goblin Archers do back a punch, namely their Sharpshoot skill. They have low health however, and are weak to Lightning and Spears. Once you have put down three Goblin Archers head on back into Savalon and into the palace to speak with the guard to complete Target Practice and to earn yourself a shiny new Iron Bow, excellent for the Bard Job in Bravely Default 2 (which you’ll unlock during Chapter 1).