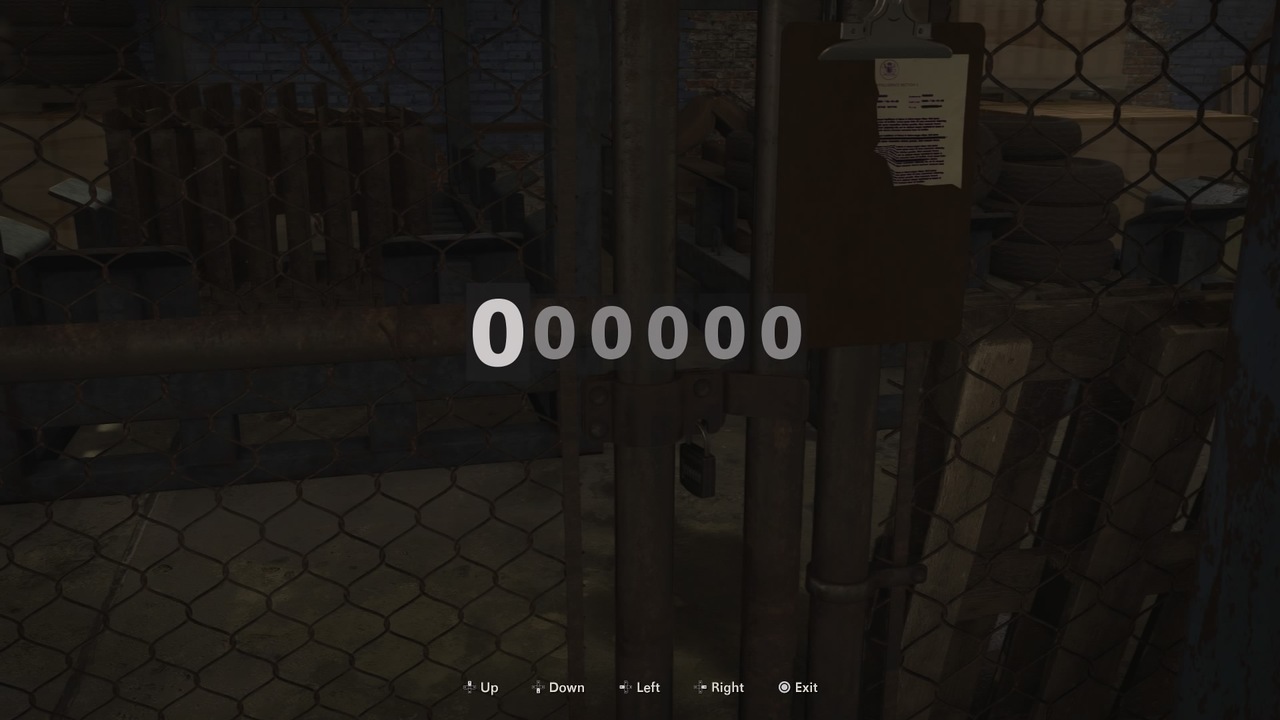 There’s a locked door in Call of Duty: Black Ops Cold War’s campaign safe house, and it holds some interesting easter eggs that series fans are sure to enjoy. Of course, opening this door is a bit more complicated than just finding a key. There’s a padlock on the door that requires a six-digit code to unlock, and a simple password is nowhere to be found. Thankfully, there’s an easy way to deduce the necessary locked door code just by taking a look around the safe house and putting together some clues. Here’s how to find the code open the locked door in the safe house in Call of Duty: Black Ops Cold War.

How to Open the Locked Safe House Door

There are clues scattered throughout the safe house that will give you the code once you find them all. The clues are attached to clipboards that you can find nearby. The first clue is on the floor right in front of the locked door. It’s a Warren Commission Report that has the number two highlighted twice in yellow. Take note of that and move onto the next clue. 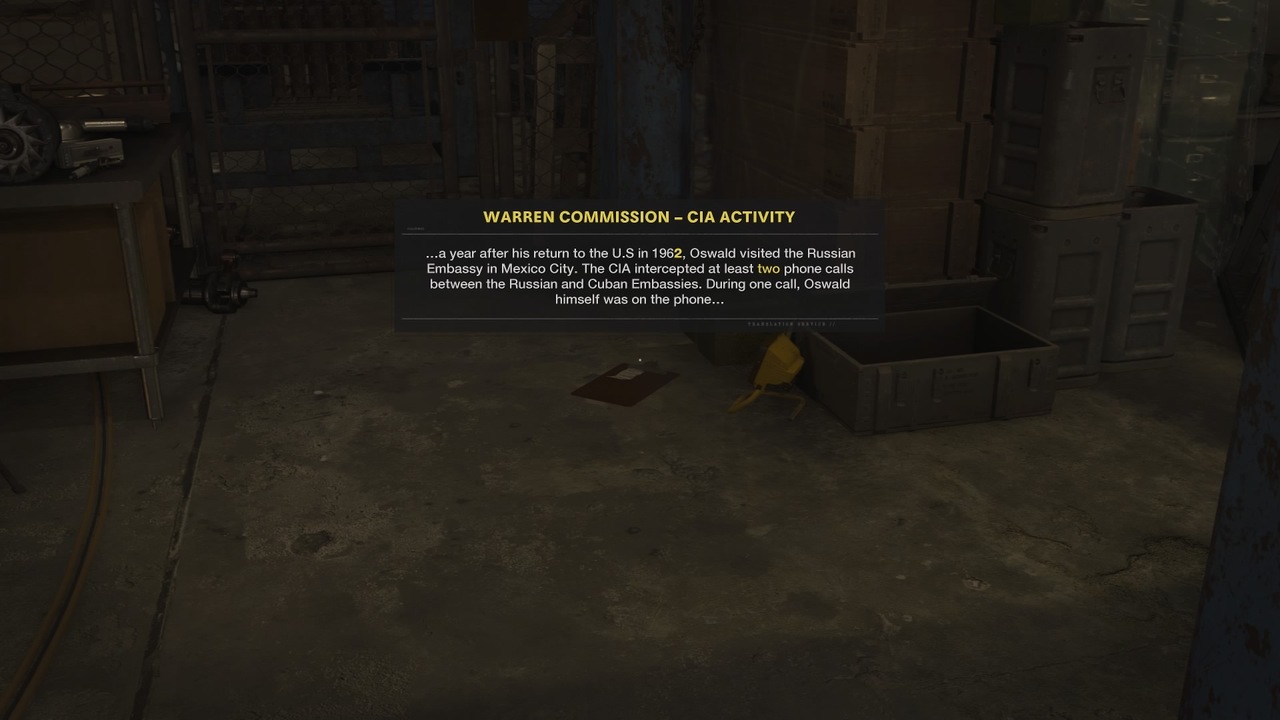 The second clue is located in a nearby hallway. Head to the evidence board and turn around. You should see a doorway that leads into a blue hallway. It’s on the right side hand side of the wall opposite the evidence board. Inside the hallway, you’ll find a clipboard hanging on the wall to your left. This is a Clinical Record that has the number one highlighted twice. Keep that in mind and start looking for the final clue. 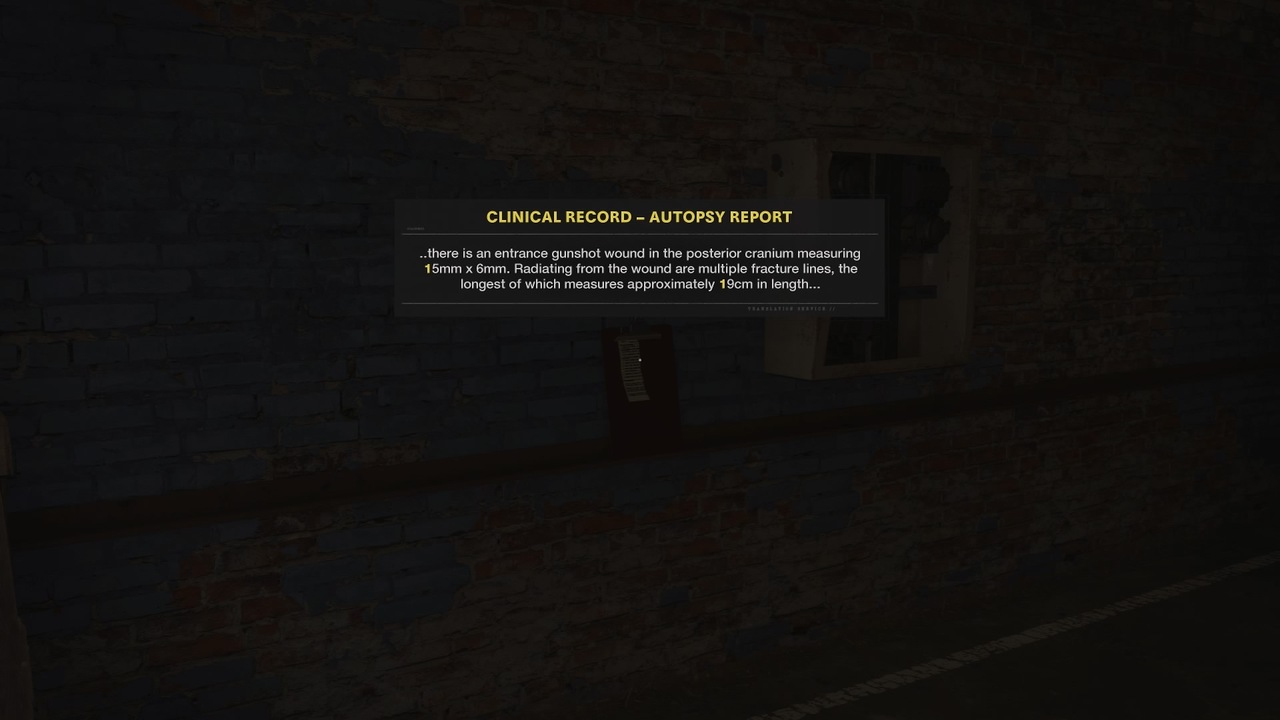 The third and final clue is in the red room. It’s hanging on the right-hand wall as soon as you walk in, so it’s pretty hard to miss. It’s a Dallas News Article detailing the assassination of President Kennedy, and it has the numbers six and three highlighted in yellow. These are the final digits that will help you put the code together. If you’ve been paying attention, you’ve probably noticed a pattern. All three notes are centered around the assassination of President Kennedy. It’s not a coincidence, as this topic gives us the correct order to put the numbers in. You can arrange the highlighted numbers in the order 112263, which is the date of the Kennedy Assassination. If you return to the locked safe house door and input the code, it will open and you’ll be allowed inside.

What’s Behind the Door?

There’s not much behind the door at first glance, but there are a few easter eggs in this room if you look closely. In the back corner of the room is an arcade cabinet where you can play all of the arcade games you’ve collected throughout the campaign. Any that you haven’t found will be locked, but you can play the rest as much as you like. Mason’s computer is also sitting on a table behind the locked door, and you can access it and play text adventures on it like in the first Black Ops. 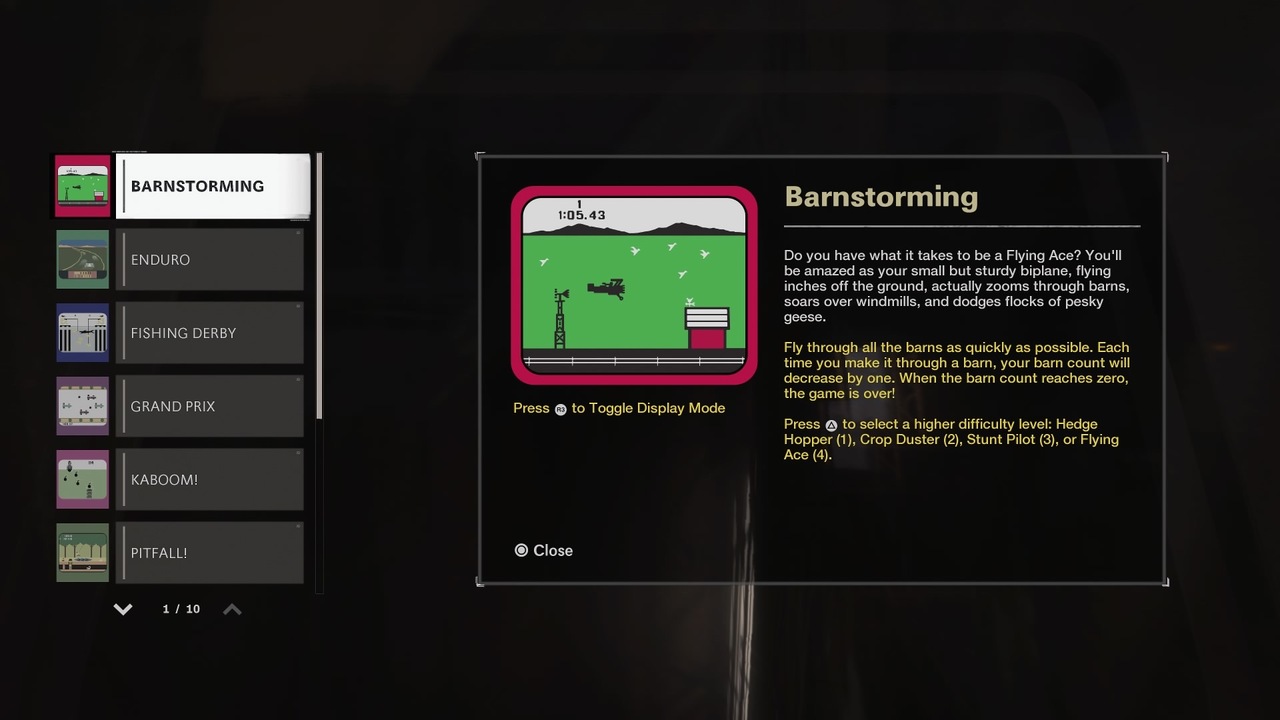 How to Play Zork on the Computer

The first Black Ops game had an easter egg that let you play the text adventure Zork on an old computer, and this easter egg returns in Black Ops Cold War. After opening the locked door, sit down in front of Mason’s computer. You’ll be met with an old-school command prompt, and if you type “Zork” and press enter, the game will boot up with the familiar phrase “You are standing in an open field west of a white house, with a boarded front door.” You can play the entire game on this computer, although it may be a bit cumbersome with the virtual keyboard. 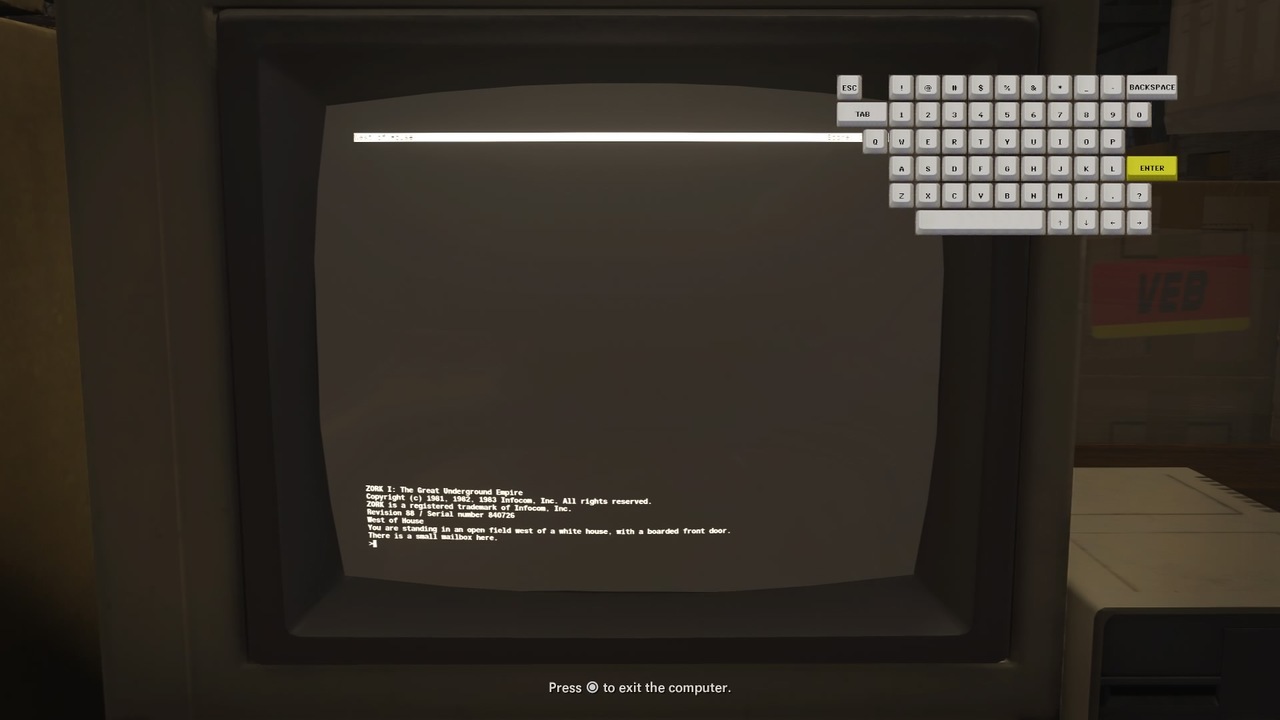 Unfortunately, if you try entering some of the other commands from the first game, nothing will happen. Typing “DOA” would normally unlock Dead Ops Arcade, but the mode is unlocked by default in Black Ops Cold War. “3ARC Unlock” and “3ARC INTEL” also do nothing, sadly. Still, putting Mason’s computer in the game at all is a nice touch, and letting fans play Zork a second time is a wonderful easter egg that series fans are sure to appreciate.

Call of Duty: Black Ops Cold War is filled with puzzles and secrets like this, including a handful of side quests that require you to do a bit of detective work and decipher secret codes. If you haven’t gotten started on the campaign’s side missions, check out our Operation Chaos guide and our Operation Red Circus guide for tips =