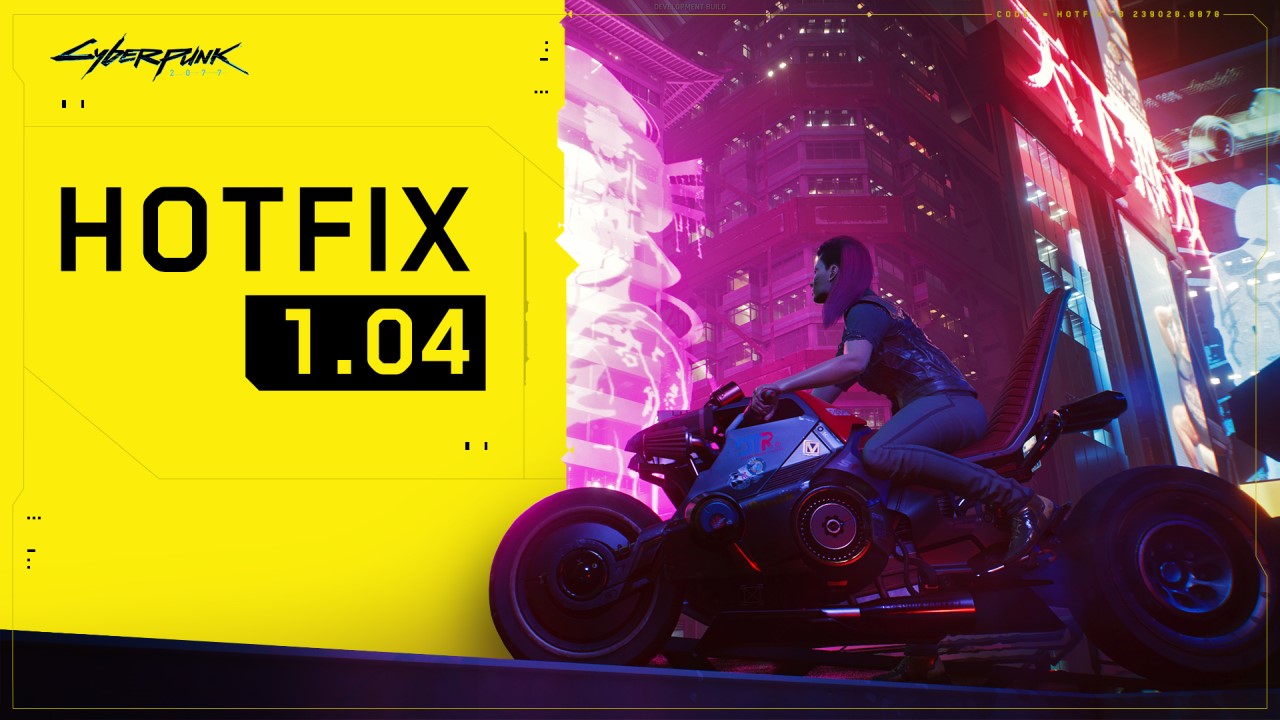 A new update has appeared for Cybperunk 2077 shortly after update 1.03. The latest download, which clocks in at 3.5GB on PC, is a rapidly deployed hotfix targeting several issues still lingering in-game following the massive Day 0/1 patch. Those on PC still experiencing a wide array of issues can reference our performance tips guide for potential ways to boost low framerates.

The hotfix is now live on the PC and PlayStation versions of Cyberpunk 2077. Xbox platforms will receive the update in the near future, but an exact timeline has not yet been provided. CD Projekt Red promises to have the update pushed out to Xbox consoles as soon as possible.