Satisfy the entity by sacrificing all survivors in your next trial! 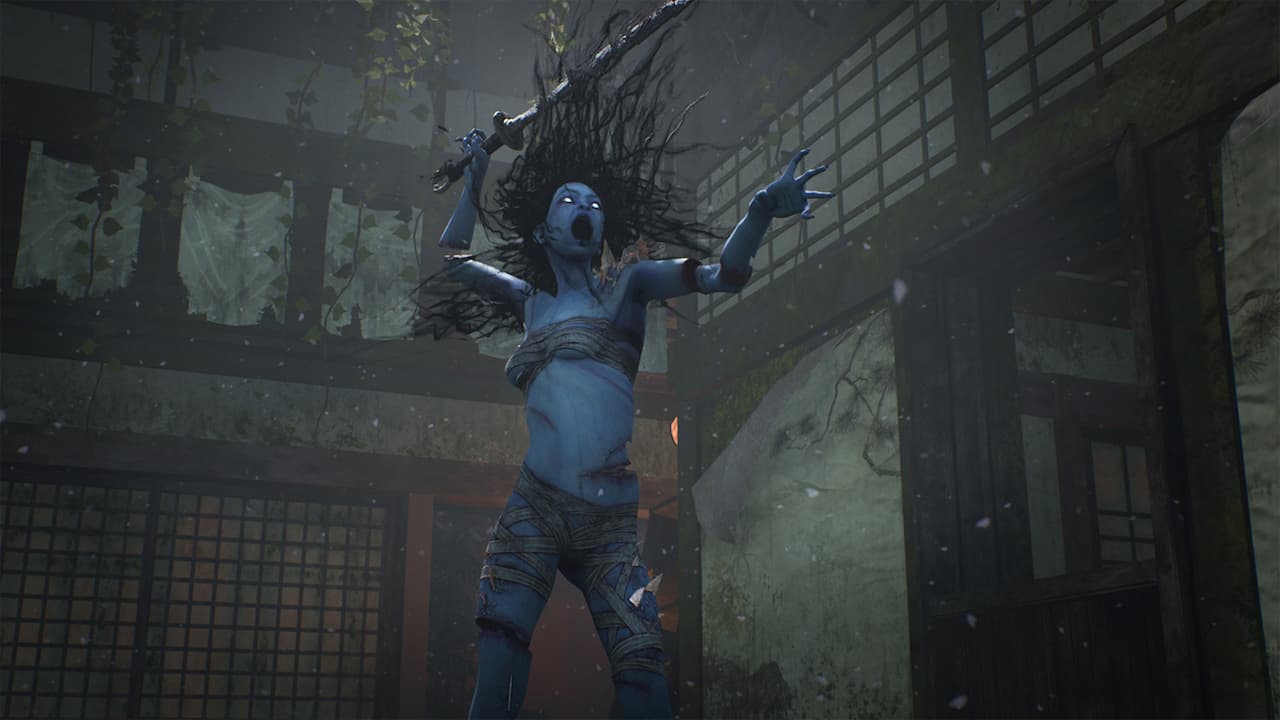 The only Dead by Daylight Killer Tier List you will ever need! With a whopping 29 killers currently available, it may be hard to know which one to use. We have ranked every killer based on their perks which provide the best ability to prevent survivors from escaping a trial.

Since there are so many killers, we will only provide full details on the top 10 killers. We did, however, want to rank the remainder of the killers so you can see how useful they are at a glance.

The below ten killers have proven themselves to be the best regarding their ability to kill every survivor in a match. 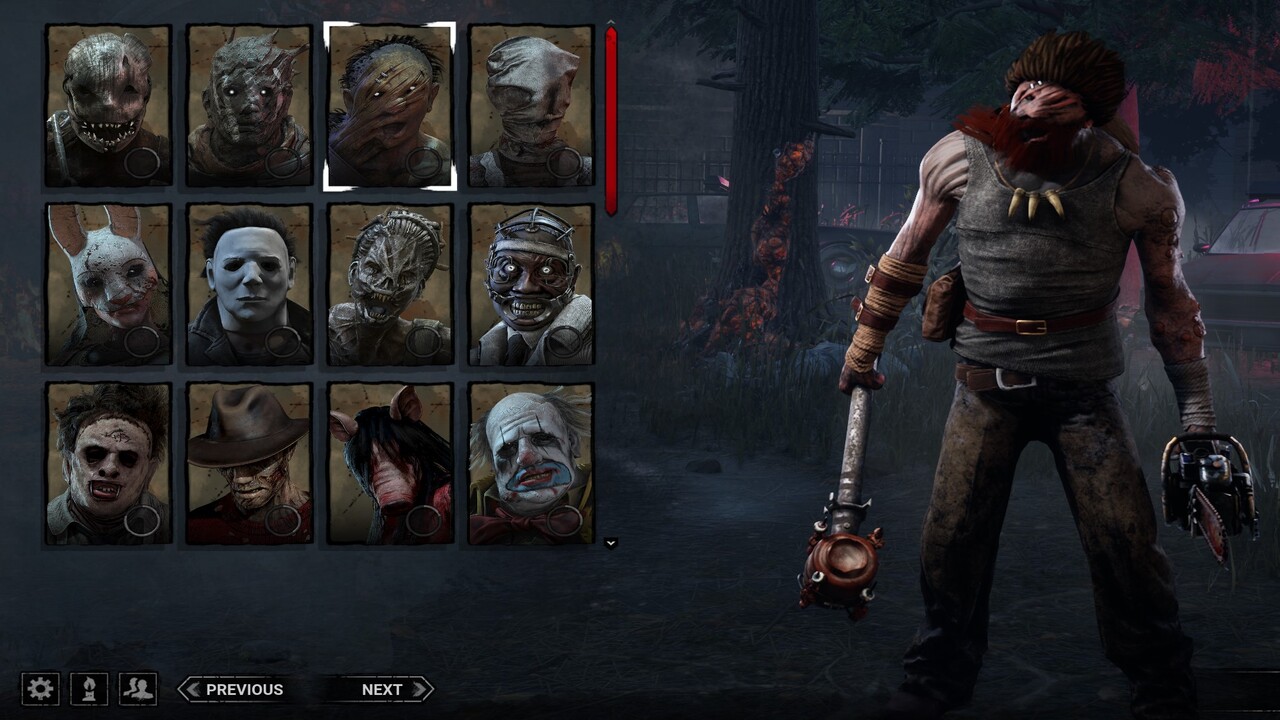 Why The Hillbilly Is Good

The Hillbilly can cover a lot of distance very quickly which gives him a good map presence. He punishes survivors caught out in the open or operating in dead zones. The Hillbilly’s chainsaw prevents Survivors from getting to a loop spot (other Killers just injure them, whereas the Hillbilly downs them).

The perks that reduce pallet stun and give him blind immunity are good. We recommend that you play him in a custom game so you can practice walking forwards and backward with his charge at 99%. It is also possible to not Overheat when using no add-ons, just need to practice! Why The Huntress Is Good

The Huntress is slow, but her ranged attack is the best in the game. When you master throwing her hatchets, you won’t need to refill very often, which gives you the advantage when hunting Survivors. Remember that the hitbox for her hatches is frustratingly good (for you, that is).

You’ll never forget the first time you hit a Survivor who thinks they are safe across the map (hint: you don’t need to charge fully). From downtown! If timed well, you can prevent a survivor from dropping pallets or completing certain objectives, which gives her powerful map awareness and control. Why The Wraith Is Good

The Wraith is the best stealth killer in the game and becomes very powerful with the right add-ons. He is also good for new players learning how to play the Killer and against Survivor players who don’t understand how to counter his kit. There’s also nothing more terrifying than hearing the noise of Wailing Bell or seeing his Predator cloak appear out of nowhere… Bing bong! Why The Oni Is Good

The Oni has the best Survivor tracking because of his Blood Orbs mechanic. Keep in mind that he is slow to start, and you must hit survivors to snowball into the latter stages of the trial. If you feel are getting constantly looped or struggling with pallets, then break the pallet and Demon Dash to the Survivor. 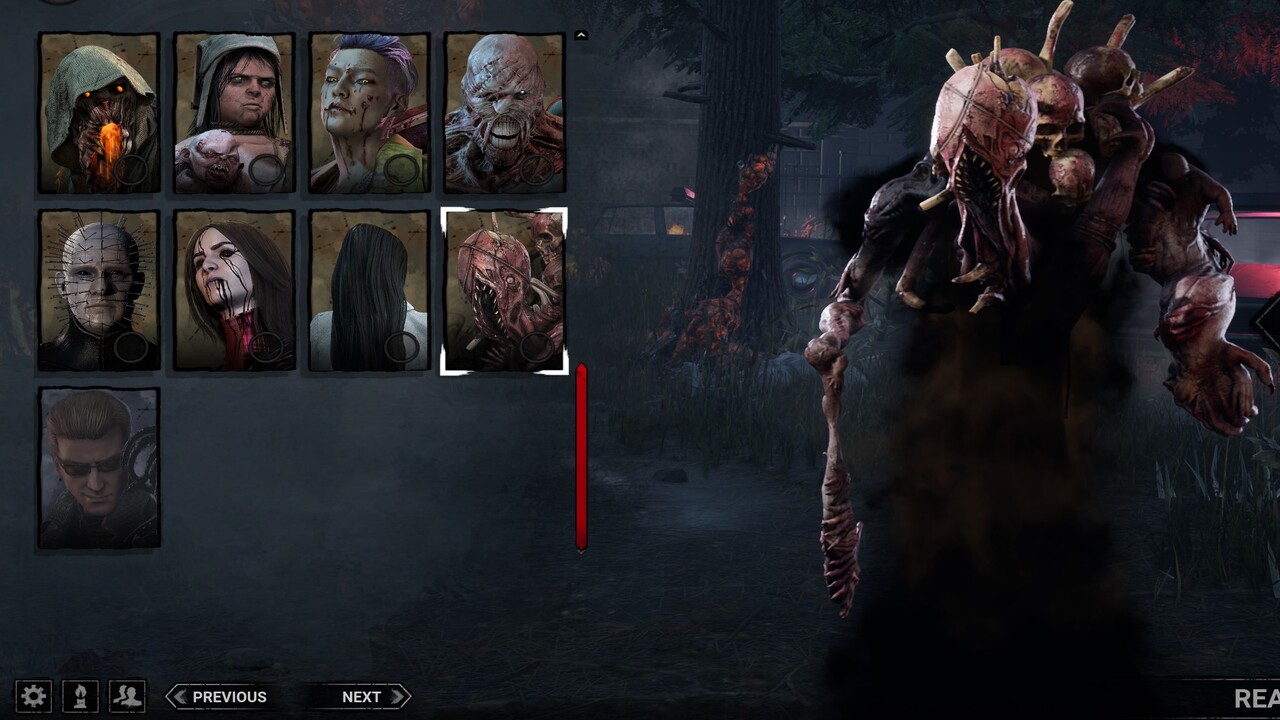 Why The Dredge Is Good

The Dredge’s ability to leave Remnants around the map while it teleports to lockers gives it an extremely good map presence. The remnants also make it extremely hard for survivors to loop. Nightfall adds additional difficulty in completing objectives and saving other survivors, which buys you time to earn more sacrifices.

A killer strategy is to lock down the survivors by only letting them finish Generators on the outskirts of the map. It will be almost impossible for them to finish the remainder of the inner Generators due to how quickly the Dredge can teleport 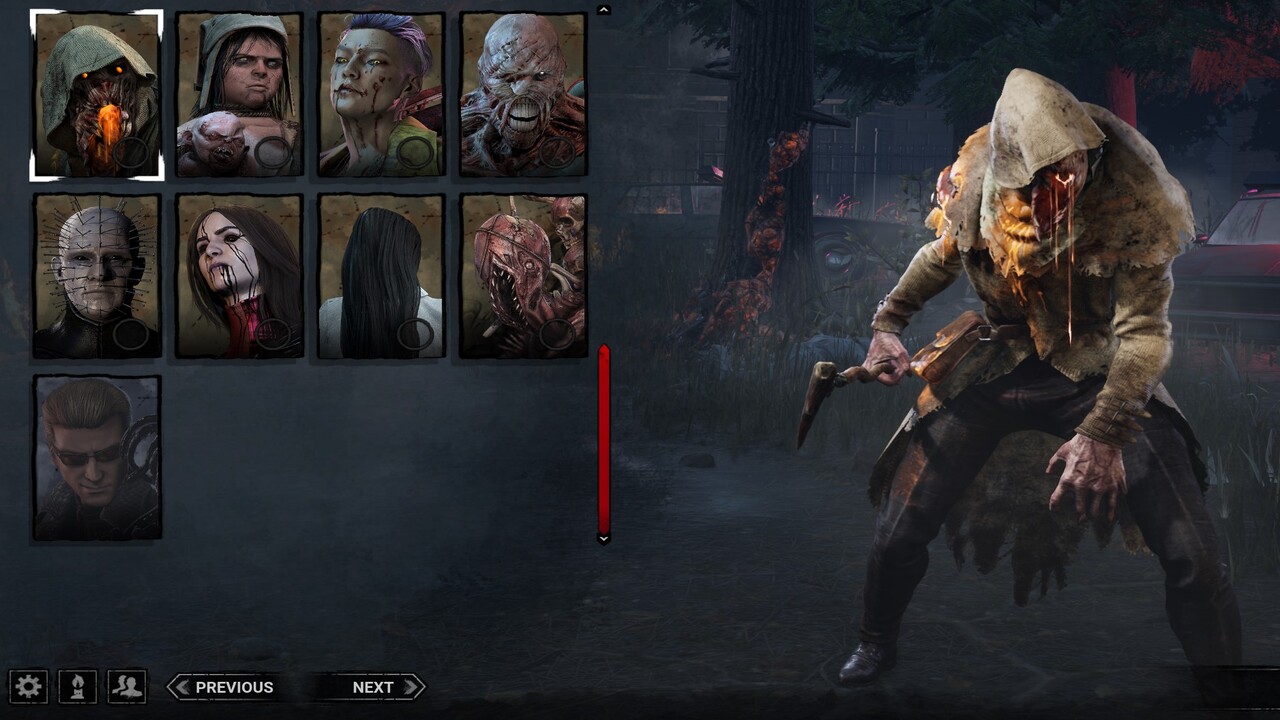 Why The Blight Is Good

The Blight is one of the fastest killers in the game. A perfectly timed Chain Rush Window can be devastating and guarantee a hook. Hex: Undying is also very strong for those killers that run other builds outside of his perks or to prevent those pesky survivors from cleansing your totem right at the start of the match. 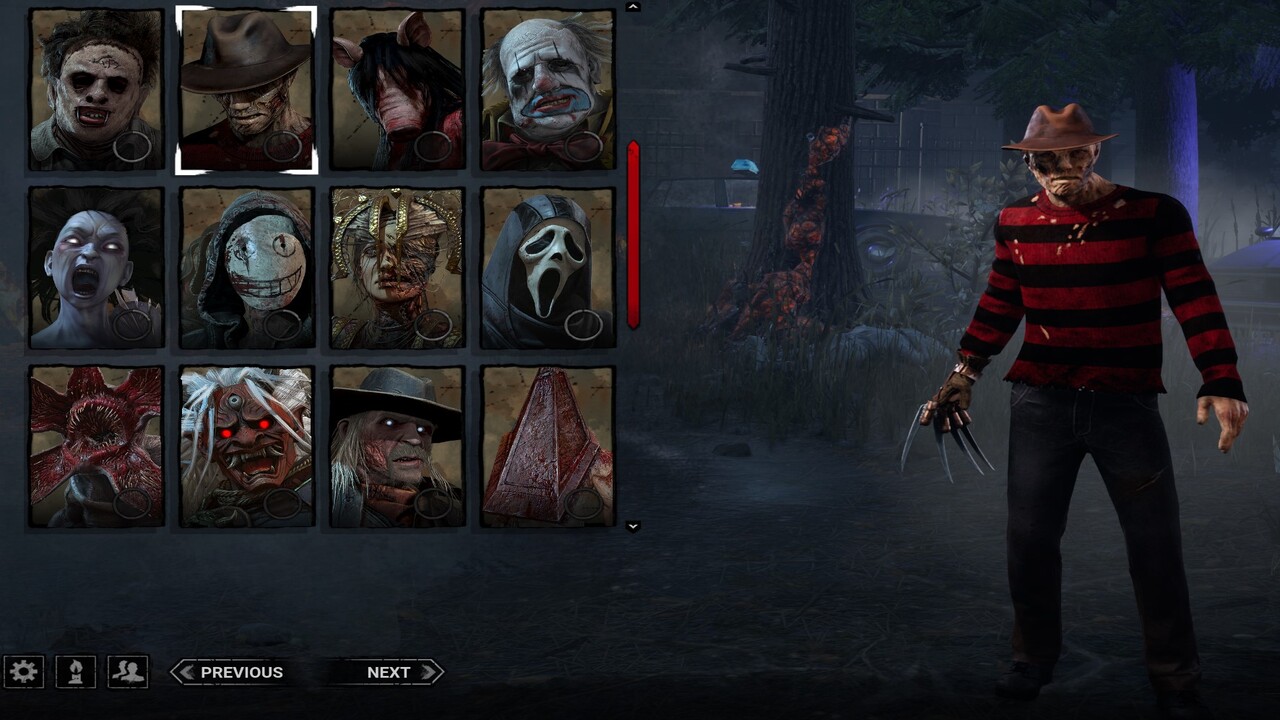 Why The Nightmare Is Good

This may be a controversial pick, but his kit is just too disruptive and very fun to use. His abilities give him a strong presence throughout the map, which puts pressure on survivors. His snare and pallet abilities make it harder for survivors to loop or run from him for extended periods of time. Dream Demon is also disruptive as it requires Survivors to do something other than complete objectives, which is their primary goal. Depending on how they wake themselves up, they will show you their locations, adding even more to their disruption and providing you with possible kills. 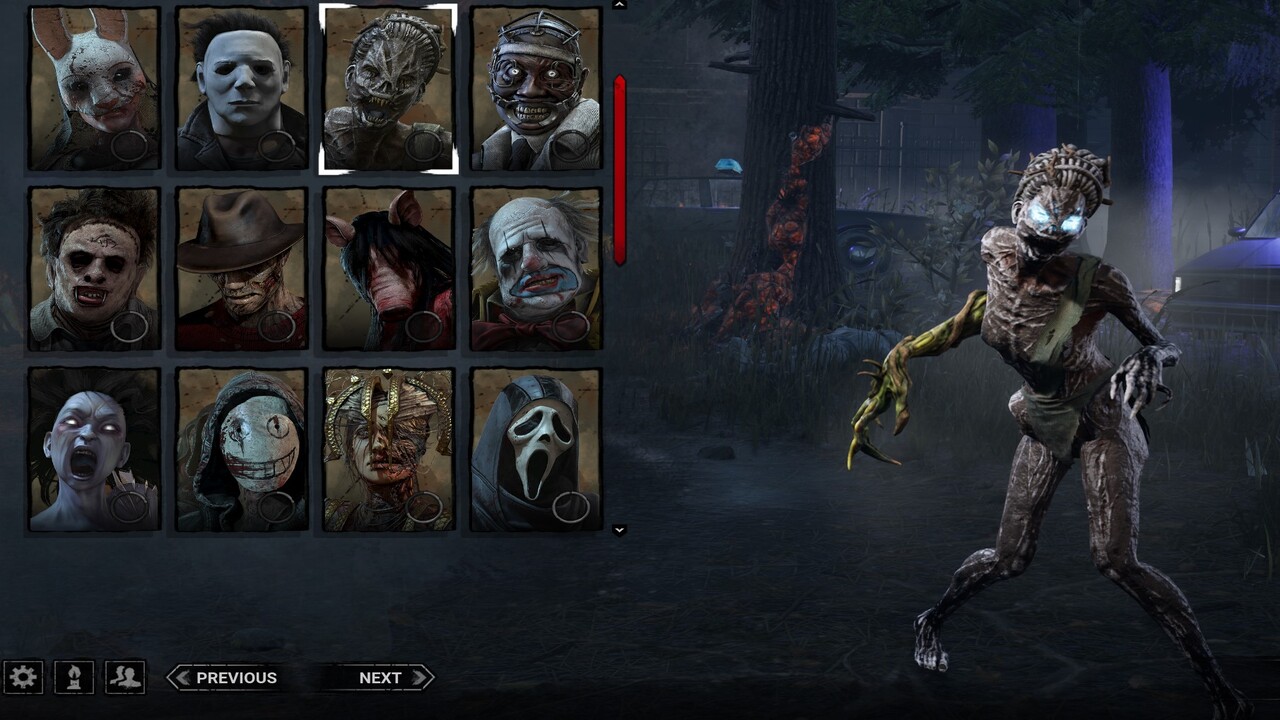 Why The Hag Is Good

While the hag is one of the slower killers in the game, her traps make her map coverage the best. Having ten traps allows her to place them throughout the map so she can easily teleport to them when triggered. Her traps are also the hardest for survivors to see, which means they will trigger more often and interrupt objectives from being completed. Hex: Devour Hope will be modified when the changes to the Mori system and the Last Standing phase are implemented. A survivor will be instantly sacrificed when Devour Hope is at five tokens. 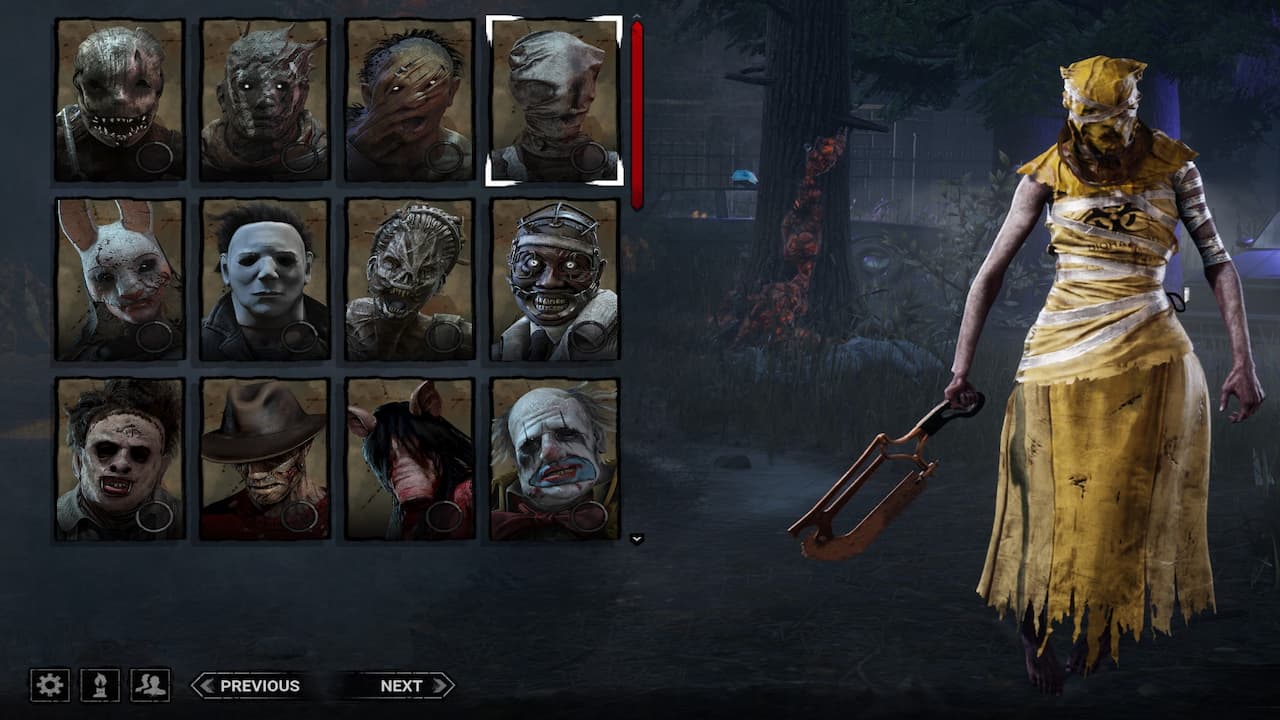 Why The Nurse Is Good

Spencer’s Last Breath allows the Nurse to teleport through most objects on the map and cover a lot of distance, making her one of the most dangerous killers in the game. The Nurse’s kit is a perfect match for the Last Standing phase as her perks scale well, and it will allow her to find the lone survivor much quicker. 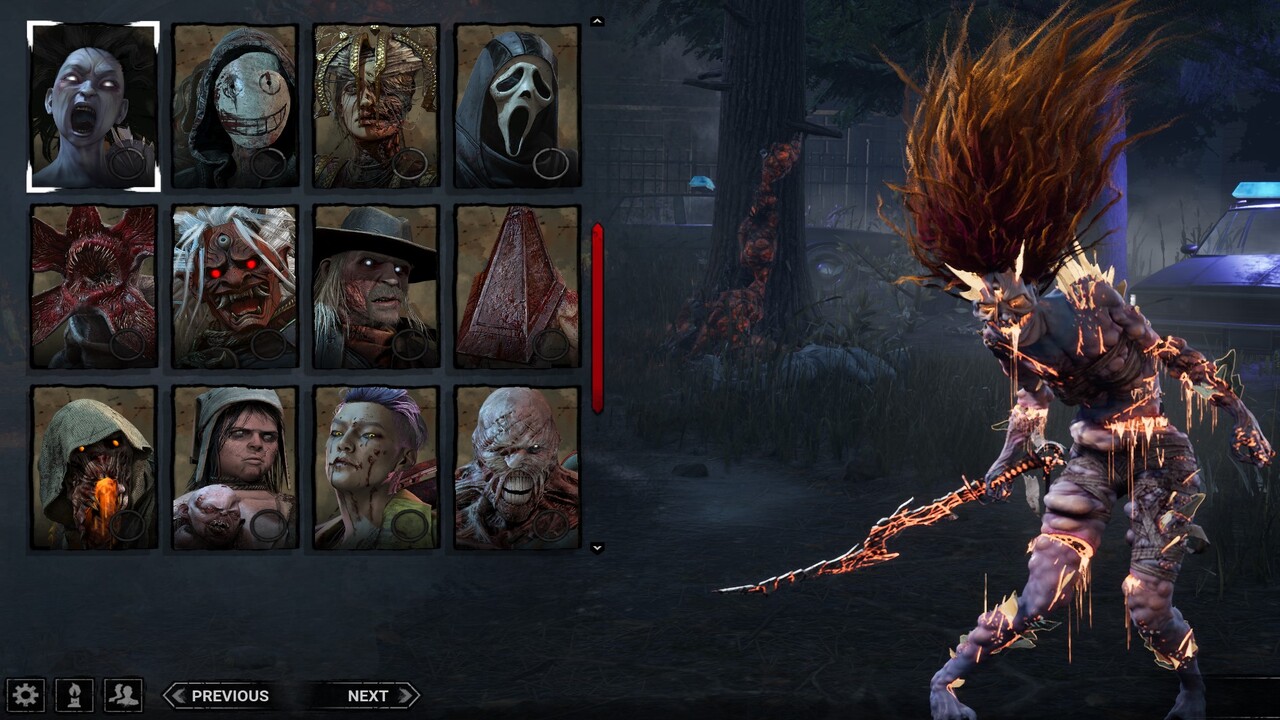 Why The Spirit Is Good

The spirit is one of the fastest Killers in the game. Her phase-walking makes her incredibly hard to deal with, and she does a great job of interrupting survivors from completing objectives. Nothing is more satisfying than picking up a survivor who isn’t paying attention while preparing a generator! Rancor will be modified when the changes to the Mori system and the Last Standing phase are implemented.