Learn how to use the obelisks to your greatest advantage. 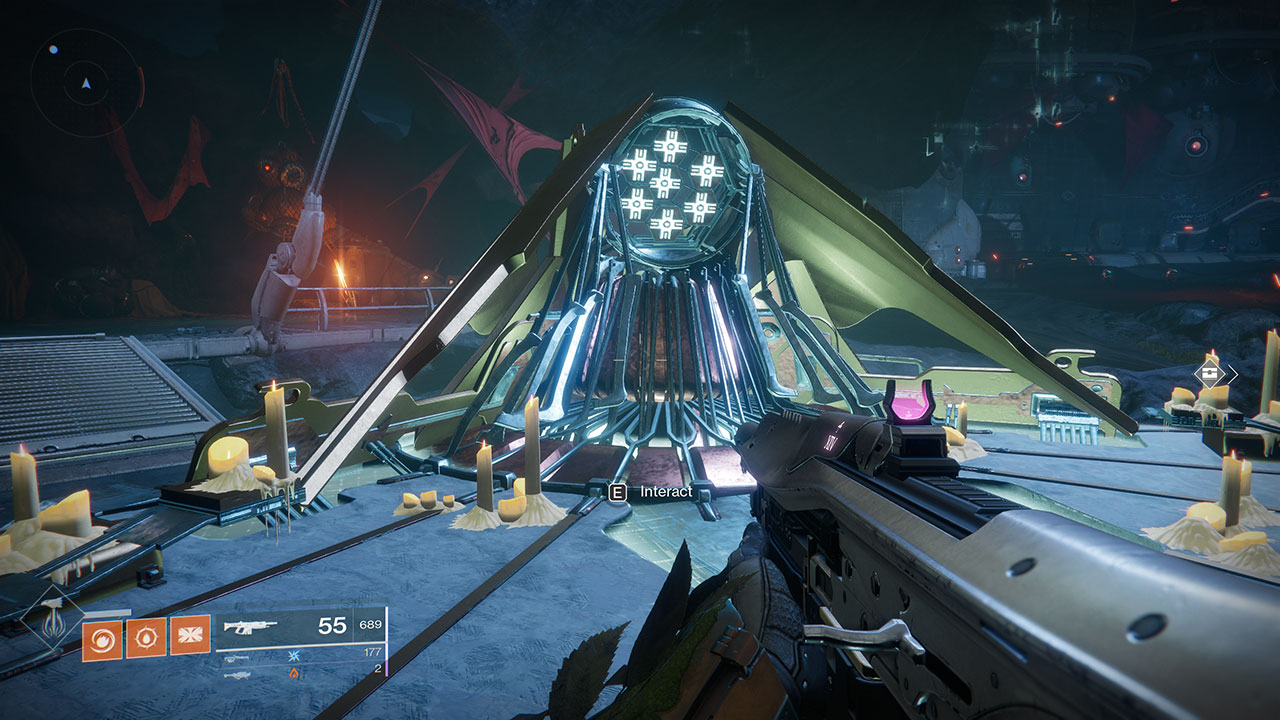 The Empyrean Foundation event calls for loads of Polarized Fractaline, so this obelisk guide details how Destiny 2 players can help their community farm as much of the resource as possible. Bungie’s announcement of the Season of Dawn finale event suggests that the community will need to generate well over 1.2 billion Fractaline if it wants to break past just the third of seven undisclosed stages to make it to the end, but the community is hard at work to push the numbers.

The Tower Obelisk will be central to the event, as it’s not only where you will donate this resource to help the community reach its goals, but Bungie reports that it will also “generate Polarized Fractaline for you each week equivalent to its resonance power,” which you will be able to increase by upgrading the other obelisks throughout the map.

Before we dive in, make sure you have all five of the obelisks unlocked. They can be found on Nessus, Mars, The EDZ, The Tangled Shore, and The Tower. If you still need to activate any of the first four obelisks in this list, this guide will get you started. Once The Tower Obelisk is all that’s left, you can read this one.

I recommend that players choose an obelisk to start maxing out based on the obelisk’s corresponding activity and bonus when leveled to 11, as 11 is the max resonance rank for obelisk enhancements:

Since the first few activities of the Empyrean Foundation start with the Sundial, which can be farmed for Polarized Fractaline by itself, a player might think it a good idea to start by maxing out the Nessus Obelisk, whose Sundial & Menagerie Fractaline Extractor permanently grants extra Fractaline from these events. However, a closer look at the obelisk enhancements, and that player might realize that both The EDZ Obelisk and the Mars Obelisk have Temporal Slipstream enhancements, which permanently increase the quantity of rewards from the Sundial, which would make either of those options the better first choice.

Personally, since I’d prefer to grind Crucible matches over Vanguard Strikes, for example, I would choose to max the Mars Obelisk first, whereas someone who prefers strikes or already has Saint-14 bounties equipped that require certain PvE enemies to be killed might choose The EDZ Obelisk first. If I maxed both of these out immediately, followed by the Nessus Obelisk, I would hardly have to run the Sundial before reaping stacks of Fractaline and rewards. It’s all a matter of player strategy and preference.

A Note on Timelost Weapon Bounties

With the Empyrean Foundation update, players have been offered an attractive 25% progress completion upgrade for every individual donation of (100) Fractaline they make to The Tower Obelisk. If you happen to have any weapons you’re interested in linked to that obelisk, then absolutely, go ahead and load up on the bounties so all you need to do to get the weapon is deposit the 400 Fractaline you had already planned on depositing (or didn’t, if the Timelost Weapons were the incentive for you to donate).

However, most of the Timelost Weapons aren’t worth the Fractaline you will be spending on them, since they can be earned in activities and have slim chances of coming out as good or god rolls. And although the Timelost Weapon Bounties cost only 10 Fractaline each, that can add up pretty fast for players who don’t have a lot of time to grind. Not to mention the other event-specific offer that players are faced with: every week, your Tower Obelisk will be replenished with the Fractaline you used to upgrade the other four obelisks in the week leading up to it via the Tower Obelisk Generator.

Ultimately, it’s called “donating” for a reason. It’s up to you to decide what you want to do with your Fractaline even if that means you want to hold onto it and let it sit (though please, for the love of all things good in the community, donate it if you don’t care for the Timelost weapons). If you really do want certain weapons, then I see no problem with grabbing the bounties and letting your donations turn them into weapons (and XP, and/or Legendary Shards if you end up not liking your rolls).

That said, the four weapons I would choose to purchase bounties for are the ones that will be leaving indefinitely at the end of the season: The Tower Obelisk’s Perfect Paradox kinetic shotgun, Trophy Hunter sniper rifle, and Pyroclastic Flow rocket launcher, as well as Nessus Obelisk’s Jack Queen King 3 hand cannon. The Trophy Hunter and the Pyroclastic Flow are only available to players with the Season Pass, however, but the Perfect Paradox is the clear winner in my mind, with numerous possible rolls that work incredibly well with it.

Again, it’s your hard-earned Polarized Fractaline  to choose what you want to do with it.  Season Pass holders get an extra perk on each of the new Saint-14-era weapons acquired if you’re farming for the perfect roll as a Season Pass holder, it’s best if you can wait until you hit Season Pass level 92 anyway, where your newer “Saint” Timelost weapons come rolled with one extra perk. But that goes for all of the Timelost weapons you can earn in the Sundial and similar activities that arrived with Saint-14 — you can just choose that weapon after activity completion and hold onto that Fractaline for a bit longer.

Max Out Obelisks One at a Time

Each week, the Tower Obelisk generates Polarized Fractaline for players to use based on how many obelisks they’ve synchronized with it and how high each obelisk’s Resonance Rank is at the weekly reset. By the time a player links the planetary obelisks to The Tower Obelisk, each of the planetary obelisks should be maxed out at a Resonance Rank of 11, which will generate 4,600 Fractaline per week for that player.

To donate the highest contributions of Fractaline to the community event, players would be wise to keep depositing the returns they make from various Fractaline farming methods such as playing as all three characters available to one Destiny 2 account to grab more bounties from Saint-14, for example, to deposit into the outer obelisks after the weekly resonance generation. Many players will be astonished to find themselves donating an investment they probably didn’t imagine was possible when they first heard of the third tier (of seven) of community donations, standing at 1.2 billion Fractaline, with such relative ease. Players donating in the Empyrean Foundation Event are advised to keep track of the community’s progress so to determine the most optimal time to contribute their Fractaline return.

Linking Planetary Obelisks to The Tower

The Tower Obelisk mainly exists for convenience and allows Guardians to buy bounties from any linked Obelisk without having to leave the Tower.It also offers its own weapon bounties such as for the two season pass weapons, the Trophy Hunter sniper rifle and Pyroclastic Flow rocket launcher, as well as the less exclusive favorite, the Perfect Paradox shotgun.

To link planetary obelisks to The Tower Obelisk, players must pick up the four Obelisk Synchronization quests from it before heading to visit each individual planetary obelisk they wish to link, purchasing a Timelost Weapon Bounty, and completing the bounty to receive the bounty’s Season of Dawn weapon and finish linking the Obelisk.

As convenient as The Tower Obelisk is designed to be, offering players one local place to purchase the bounties and weapons offered by the planetary obelisks linked to it, it is still limited in that players cannot level up individal obelisks through it with Polarized Fractaline, but will have to travel to each individual planet to increase the corresponding obelisk’s Resonance Rank.