Ruff up the Ruffians. 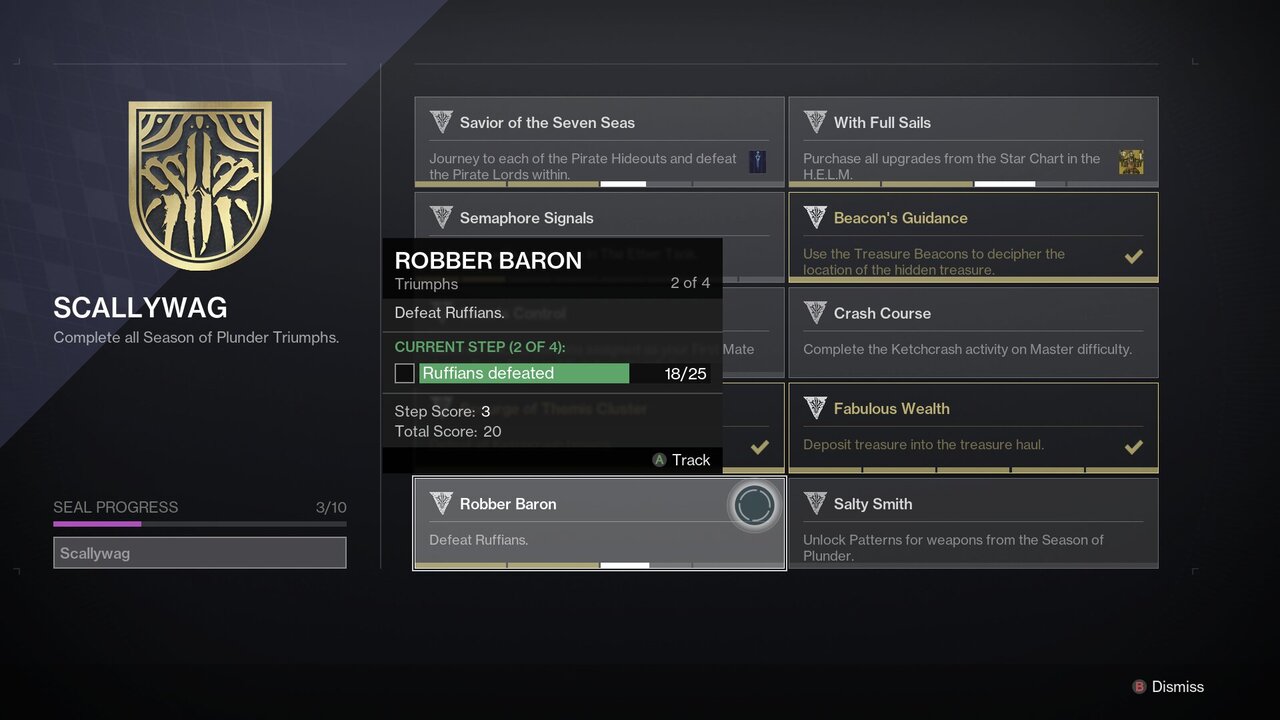 First off, you need to know that Ruffians only spawn in Expeditions. So in order to farm Ruffians for the Robber Baron Triumph, all you have to do is launch into an Expedition. But, it isn’t that simple.

At 80-99% treasure, Ruffians have a chance to spawn in. Coordinate with your team to make sure no more treasure is loaded up before the Ruffian spawns in and is defeated. We recommend using the Taipan-4FR to defeat Ruffians quickly as it is one of the best weapons in Season of Plunder. Ruffians also have a Barrier shield, but that is easily broken down with almost any weapon.

After you’ve defeated the first Ruffian, load up your ship with treasure and go to the next phase. Repeat the same process you did in the first phase. With this strategy, you’ll get two Ruffian kills each Expedition, which you’ll be doing a lot of to rank up the Star Chart anyways.

And that is the fastest way to defeat Ruffians and get the Robber Baron Triumph in Destiny 2. If you’re looking for more Destiny 2 content like weapon rankings, quest guides, and more, visit our Destiny 2 page.