Dying Light 2: How to Wait for Sophie’s Call

You might be left wondering what to do after you side with the Survivors. If you’ve been playing Dying Light 2’s story mode, chances are you’ve come to a crossroads in one of the earlier quests in which you investigate a killing for the Peacekeepers.  This opens up a long line of quests which includes raiding a Bandit Camp leading into a mission called Water Tower.  It’s at this point where, if you cleared the water tower and assigned it to the Survivors over the Peacekeeper (PK) faction, you’ll find yourself having to trust Bazaar’s local firebrand, Sophie, with what’s next.  Some players might be wondering what they must do once this step is reached, so read on for How to Wait for Sophie’s Call in Dying Light 2!

Dying Light 2: How to Wait for Sophie’s Call The simplest answer is to wait in real-time, and whether you choose to stay still or continue exploring, she calls you after just 5 minutes pass.  She will simply call you on the radio be to return to Bazaar and meet with her.  You’ll be given a quest marker on the map that leads to Bazaar, where she has overthrown Carl to unite the Survivors and fend off the local PKs.  A lot of this is influenced by Sophie and her brother Barney claiming they’ve been framed, potentially by the PKs, to sow discord.  It’s at this point the Water Tower quest will be marked as complete, and you go into the Revolution story quest.

There’s plenty of intrigue surrounding who murdered Lucas, but it also outlines the greater tensions between the Survivors and PKs in the process, even if it turns out neither were involved.  The Survivors are oppressed by the PKs’ totalitarian methods, although many of their members prove to be untrustworthy and favor selling out their comrades to stay alive.  This all serves as a demonstration of how ruthless one must be to survive in Villedor, and the results are consequential to the in-game world. 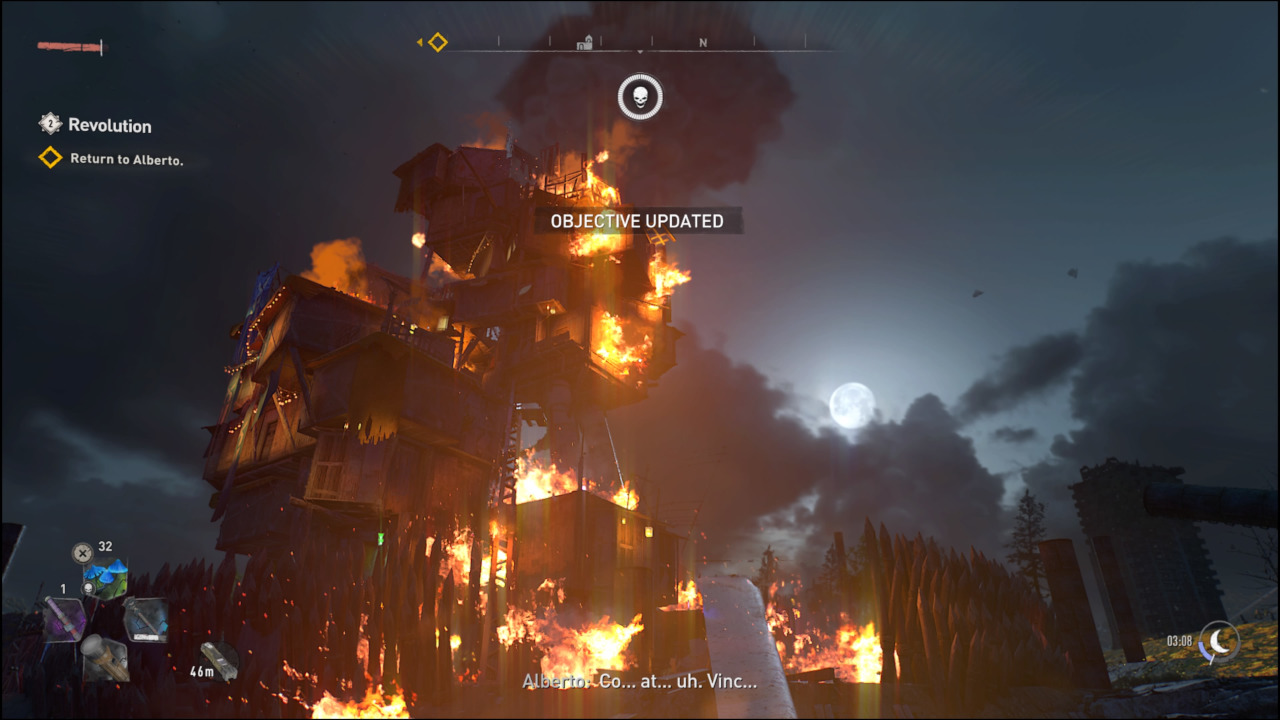 This concludes our guide on How to Wait for Sophie’s Call!  Be sure to check out our other guides and keep an eye out for more content!  Dying Light 2 is available now on PC, PS4, PS5, Xbox One, and Xbox Series X|S.  A Nintendo Switch version of the game will be released later this year.

Attack of the Fanboy / GAME GUIDES / Dying Light 2: How to Wait for Sophie’s Call